"Too Old to Die Young" brings the genre provocateur to Amazon for a 13-hour miniseries. At Cannes, he revealed two disturbing episodes. 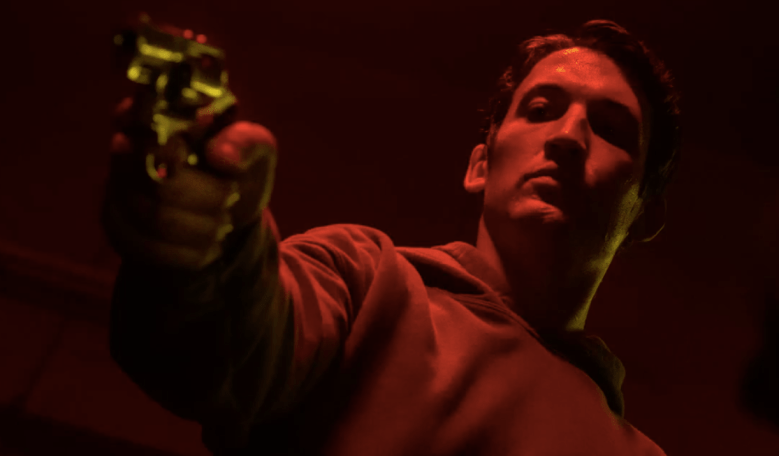 Filmmakers often head to television in search of a broader canvas to tell their stories. It’s usually less attractive to those who relish texture over plot, as well as cinematic experimentation. In recent years, Nicolas Winding Refn has veered closer to that category, constructing a moody body of work around expressionistic showdowns that build to bloodiness with grim finality. But as television continues to provide more room for innovation, Refn’s 10-part hitman saga “Too Old to Die Young,” a 13-hour Amazon mini-series premiering on Amazon this summer, arrives right on schedule.

As if to assure fans he hasn’t abandoned his filmmaking bonafides, Refn premiered two episodes of the show at the Cannes Film Festival, where he first solidified his grimy auteur status with “Drive.” Since the festival only screened episodes 4 and 5 from the show, it’s hard to assess the full picture of this sprawling effort, since each installment runs feature length. Still, the 138 minutes that Refn presented on the grand screen of the Lumiere Theater offered a substantial look at at the maniacal project, which is doused in the director’s standard blend of deliberate pacing, shadowy characters, and bursts of ultra-violence.

While “Too Old to Die Young” has been conceived as a single story, episodes 3 and 4 (“North of Hollywood,” “West of Hell”) seem to have been selected because they offered just enough detail to work on their own. Refn snipped the credits in between the episodes to allow the pair to work as a single feature, though they have a complimentary feel, with one character-based episode setting up a lengthy, suspenseful confrontation in the next one.

Viewed as a single unit, the episodes were a mixed bag of self-serious storytelling and pulpy action, with whispery exchanges that drag on for minutes at a time, set against Refn’s standard subterranean vision of an ominous modern-day Los Angeles. It also displayed Refn’s standard penchant for vulgar showmanship, with a narrative steeped in sword-wielding Yakuza and evil pornographers, against the backdrop of a killer coming to terms with his craft. The centerpiece of the show is a detective named Martin (Miles Teller), who moonlights as a hitman under the guidance of veteran killer Viggo (John Hawkes). Early on, after Martin kills his latest mark, the pair visit a PTSD therapy session as if to expunge the stress of the job; instead, they’re simply tracking another mark.

As the episode begins, the somber, soft-spoken Martin already seems to have grown frustrated with his murderous routine, and comparisons to HBO’s own conflicted hitman with “Barry” will be inevitable. But whereas “Barry” revolves around the moral conflicts of one man, Refn aims for a grander thematic scope.

It’s a big swing from a filmmaker who typically favors excess over nuance, and he wastes no time blasting out his themes: As the two men look out at the L.A. landscape from high above, a stone-faced Hawkes delivers a rambling apocalyptic monologue about the savage nature of human beings, cites Copernicus, and makes the case for the impending collapse of civilization. “We became slaves in the system we built,” he says, as the scene drags on. Refn has always been an unhurried filmmaker, and constructs visually compelling worlds that often shimmer with mysterious intent, but scenes like this display some of his most obnoxious tendencies toward pointless overstatement.

The second episode begins with one of those brothers, played with disturbing relish by James Urbaniak, interviewing a terrified young man on camera before forcing him to take a date-rape pill and forcing several men on him. That harrowing sequence is matched later in the episode by one in which another man douses a woman in water before slicing off her underwear. Refn seems to relish the discomfort as a means of building toward comeuppance later in the episode, though it doesn’t quite justify his slo-mo directon, which often feels invasive and fetishistic rather than simply emanating dread.

Regardless, once episode five gets past its sophomoric set-up (and Urbaniak’s rather contemptible gay caricature), it finally sees Refn unleashing some genuine thrills. The episode culminates with an all-night car chase, with Teller pursued by gun-toting rapists, set to Barry Manilow’s “Mandy” that marks some of his best filmmaking since “Drive,” and maybe ever, and it also gives Teller — who glares and spits his way through the series, but never raises his voice — enough badass material to deepen his range as a hardened action star.

So there’s certainly some potential in “Too Old to Die Young,” at least for audiences who can appreciate aspects of Refn’s dark style and punkish sensibility. The episodes offer a lot of eccentric tangents that may come to fruition in future episodes, including some murky details about Martin’s teen girlfriend (Nell Tiger Free) and her wealthy father (Billy Baldwin), as well as Martin’s “Brazil”-like office, where the chief detective leads a morning chant of “Fascism” before playing the ukulele.

Refn may be firing on all cylinders, but it’s unclear whether he has found a way to harmonize them. Thirteen hours is a lot of story for any director to juggle (Refn’s own trilogy of “Pusher” films came in at just over five hours, and was made over the course of a decade). The issue is that even if he’s found a new media willing to house his more ambitious story, “Too Old to Die Young” will need many more gripping installments to make the approach click. The director’s tendency to stage dialogue with long…pauses…and…deep…stares expands many scenes to unnecessary lengths. At its best, the device means that deep-seated dread can accumulate over the course of an enigmatic interaction, but it can just as often slam the breaks for no good reason.

It remains to be seen if the show can make its many variables gel, but there’s an inherent intrigue to watching the story in medias res and still find that it offers some measure of closure in its final moments. Perhaps the show will offer more enticing opportunities for its wayward hitman to mature, and showcase a side of Refn’s storytelling capabilities that extends beyond his earlier achievements. But when “Too Old to Die Young” reveals its full arc, it will have to deliver a whole lot of payoff to make each pregnant pause worthwhile.

Fortunate arrives at a payoff. Intrigue of watching story in medias res and still gaining a sense of closure. But when “Too Old to Die Young” reveals its full arc, will have to do that many times over to make each pregnant pause worthwhile.

This Article is related to: Television and tagged Amazon, Cannes, Nicolas Winding Refn, Too Old To Die Young