"I was never in contention and I very much knew that," Bee told The Daily Beast about replacing Jon Stewart. 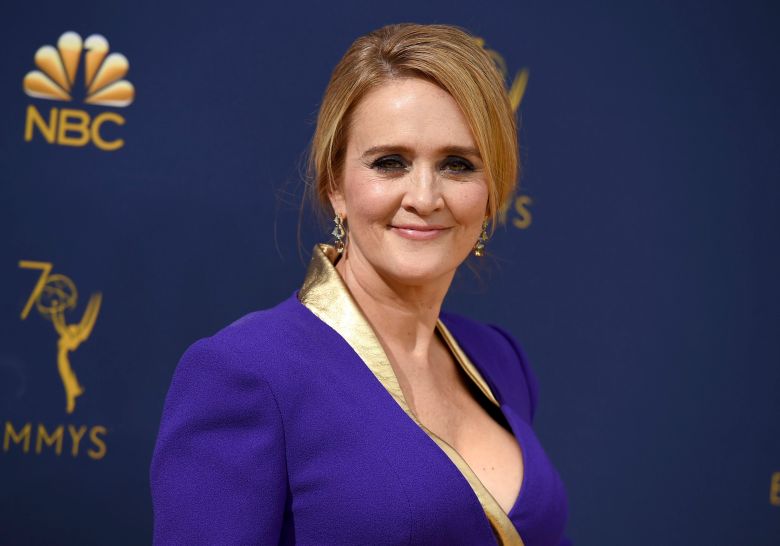 Before Samantha Bee moved to TBS to host her own acclaimed late night series “Full Frontal,” the comedian spent 12 years working with Jon Stewart and Comedy Central as a correspondent on “The Daily Show.” Bee made her “Daily Show” debut on July 20, 2003 and signed off April 30, 2015, an unprecedented run that continues to make her the longest-serving correspondent in “Daily Show” history. Bee’s dominant presence on the show made a lot of viewers believe she would replace Stewart when he announced he was leaving, but Bee tells The Daily Beast her name was never really floated around Comedy Central.

“I was wildly unsurprised,” Bee said on the most recent episode of “The Last Laugh” podcast about not being considered for “Daily Show” host. “They didn’t ask me or talk to me about it. I mean, literally, no one called or even emailed from the network—at all.”

Bee continued, “It was awful. It was really awful. I mean, eventually they spoke to me, but I want to say it was a full month or six weeks after Jon had announced that he was leaving. I was never in contention and I very much knew that. I don’t know that people in the outside world knew how much I was not being considered for the job.”

Stewart’s announcement that he would be stepping down arrived at an opportune time for Bee and her husband and fellow “Daily Show” correspondent Jason Jones. The two had just finished working on the pilot for “The Detour” and submitted it for pick-up consideration from TBS when Stewart said he was leaving.

“We were just at that crossroads where we were like, we know there’s nothing more that we need to accomplish at this place,” Bee said. “So we decided to leave for sure in that moment. As soon as he was stepping down we knew that we were going to leave.”

TBS picked up “The Detour” to series and ended up giving Bee her own late night platform with “Full Frontal.” To date, “Full Frontal” has aired 114 episodes across four seasons. The show won the Emmy for Outstanding Writing for a Variety Special in 2017 and has been nominated for Outstanding Variety Talk Series the last two years.

This Article is related to: Television and tagged Samantha Bee, The Daily Show, Trevor Noah