Stefon Bristol talks about the hard lessons he learned from Professor Lee on his path to making Netflix sci-fi film "See You Yesterday." 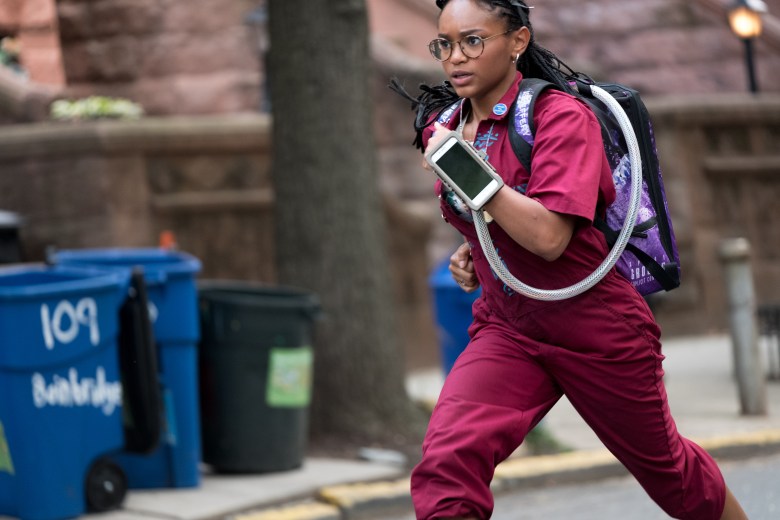 Like Spike Lee, Stefon Bristol grew up in Brooklyn and went to Morehouse College. Bristol dreamed of breaking into film and getting a chance to work with Lee, his hero. At three different Q&A sessions, Bristol approached Lee pleading for a chance. That went nowhere, but when Bristol entered the NYU graduate film program, Lee became Bristol’s professor. But the experience wasn’t exactly what he expected.

“Spike called [my short] trash and he called it unoriginal, because it was a hood film,” said Bristol in an interview with IndieWire. The short was about a character trying to get his best friend to rob a bodega to help his father get rid of his debt. Lee’s criticism hit Bristol hard, mostly because he saw the truth in what he was being told. It was also a turning point that culminated with his feature debut, the Netflix-produced time travel comedy “See You Yesterday.”

But Bristol is still grappling with the wakeup call that came from Lee’s reception of the short.

“It was one of those films I was trying to figure out what kind of filmmaker I wanted to be and what I am,” said Bristol. “I used cliché images that I grew up seeing in movies like ‘Boyz n the Hood,’ ‘Menace II Society,’ ‘Strapped.’ Those were the movies I grew up with.” 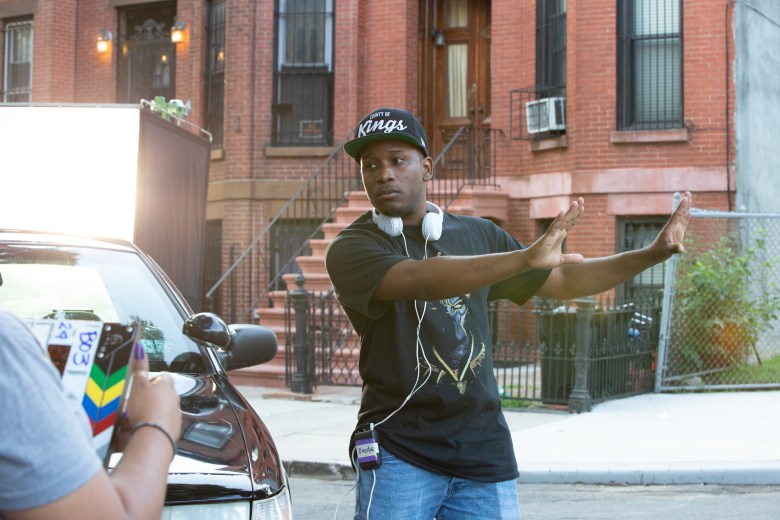 Stefon Bristol on the set of “See You Yesterday”

Bristol was motivated by never wanting to hear Lee call another one his projects unoriginal. It sent him into a period of soul-searching about the type of stories he actually did want to tell.

“I grew up in the hood. I grew up with other brilliant young black people who are geeks, who are into anime, who are into stem research, who are not into rapping or playing sports,” said Bristol. “You tend to recreate something that is already there, and I was creating something that I’m not. I was perpetuating that, and Spike didn’t appreciate that.”

Bristol realized he had suppressed his real filmmaking desire — to make adventure and sci-fi films starring black people, about black people. He said he loved Marvel films, but wanted to make genre movies that had something more to say about society. The summer after his film school short, he had “Back to the Future” playing on repeat while he wrote an early feature length draft of what would eventually become “See You Yesterday,” a time travel movie about a young man who tries to stop his grandfather from a drunk driving accident involving his best friend. That was also the summer Eric Garner and Michael Brown were killed by the police. Not surprisingly, a police brutality plot point ended up in his script.

However, Bristol got a note from a different film school professor — that with everything going on at the start of the Black Lives Matter movement, police brutality couldn’t simply be a plot point. If he was going to tackle the issue, tackle it head-on; if not, it needed to pulled from the script.

Bristol thought about it and decided there was room to both fully embrace sci-fi and a Black Lives Matter theme – in fact, it was the exact mix of both genre, the characters he grew up with, and substance that defined what was original about his voice.  After a rewrite, his dreams shifted to making the feature length script. 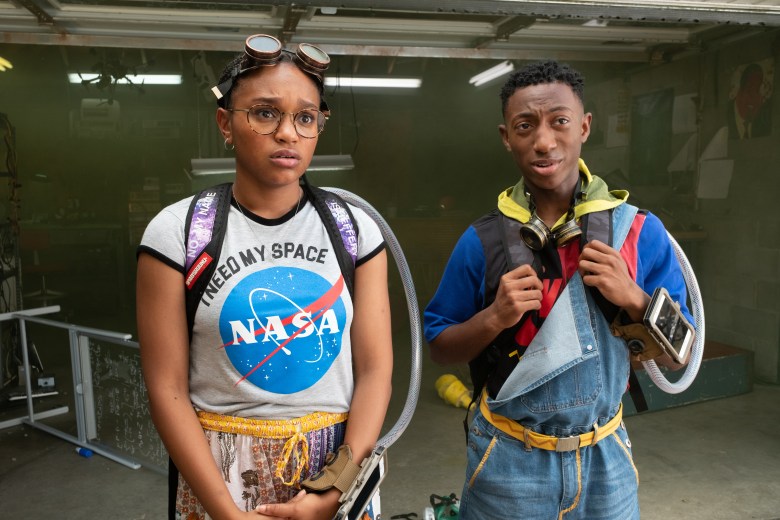 “Spike told me I was delusional, if I was trying to make a feature right now,” said Bristol. “Because if I’m not happy with the other short films I did at NYU, if they’re not really strong and successful, then nobody’s gonna help me make my movie. You need to make another short film to showcase your talent, to better your craft, and you grow with your talent and then, once you’re happy with a short film, then you can go out and try to make a feature.”

Bristol recruited a co-writer, Fredrica Bailey, to help write a short from the feature. It was process the young director says taught him more about his characters and their world than he ever imagined. The old feature draft was tossed out the window as Bailey and Bristol rediscovered the world of his film. Months later, Bristol was nervous to show Lee, who had been away shooting “She’s Gotta Have It,” a picture-locked cut of the short film.

“I thought he was going to rip it apart, but I shit you not, to my surprise, he turned around and asked me for a handshake,” said Bristol. “And you can see him watching the film and reacting to it, that was, to my surprise, the first time I impressed this man.”

Still, Lee had notes. One part of the film needed to be re-shot. The sound needed to be fixed and the film would need a full color correction. When Bristol explained every dime he had was in the cut Lee had just watched, Lee dipped into the Spike Lee Production Grant to make sure the film was finished correctly. 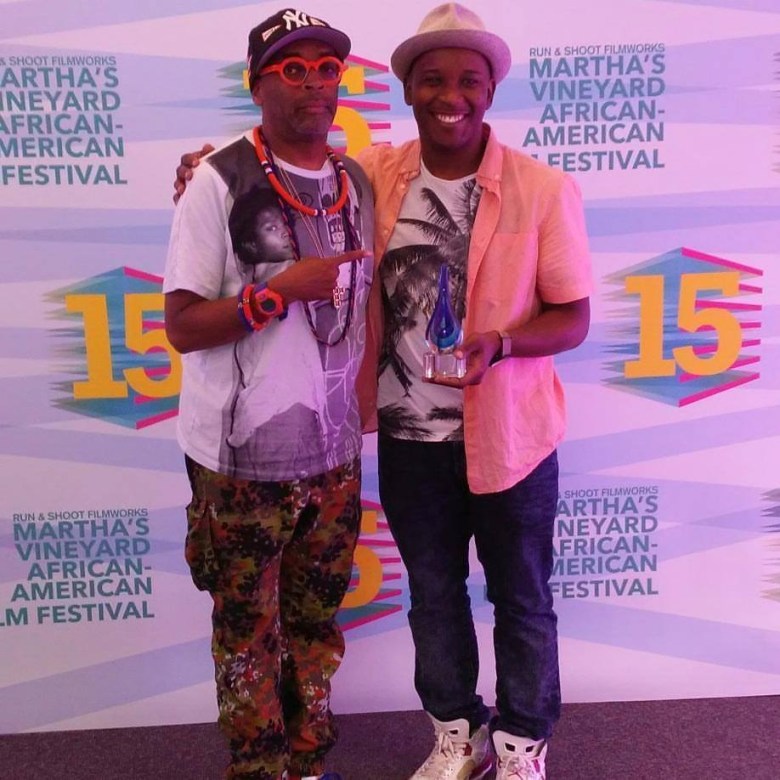 Two days before Christmas that year, Bristol received an email from Lee: “Hey, if you’re interested in me being your producer for your feature film, let me know.” Bristol couldn’t believe it. In the back of his mind, he’d hoped Lee might be willing to lend his name to the feature, but he never dreamed he would actually shepherd the project.

After three more drafts from Bailey and Bristol, Lee thought the film was ready to be sent out, one company at a time. The first production company Lee brought it to wanted too many changes for Lee’s taste, so he walked. During this time, Lee also went into production on “BlacKkKlansman,” hiring Bristol to be his assistant on set.

“Finally, after we wrapped that film, the next Christmas, he comes to me, ‘Stefon, we got you a deal with Netflix, get ready to we shoot next year,'” said Bristol.

The notes and changes Netflix wanted to make were all related to scale. Working with Netflix became an unexpected education in how to shed the shoestring-budget he used in film school and think about how the film could benefit from more resources while remaining character-based. He wound up working through 13 drafts, and Lee read each one.

The lessons that Lee gave him still resonate as he considers his next moves. “I had to shake myself up and say, ‘Okay, let me write that whole list of certain films I’m not going to do,'” he said. “The drug dealer, the pimp, prostitutes.”

“See You Yesterday” premieres on Netflix May 17.

This Article is related to: Toolkit and tagged Netflix, See You Yesterday, Spike Lee, Tribeca