At Cannes with a starring role in the zombie movie "The Dead Don't Die," the singer and actress reflected on another scary side of contemporary life. 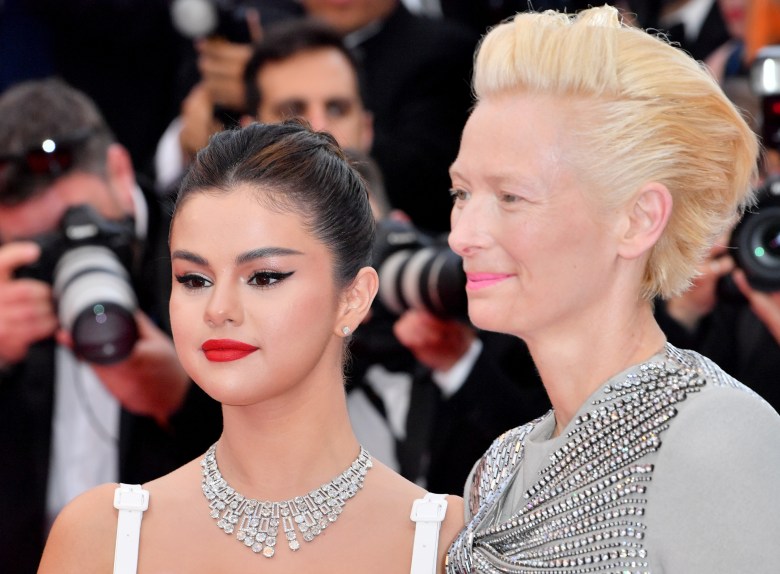 Selena Gomez’s latest starring role might be set within the terrifying (and often funny) confines of a world overrun by zombies, but the actress and singer used some of her time promoting Jim Jarmusch’s “The Dead Don’t Die” at Cannes to talk about a different kind of monster: social media. In the Cannes opening night film, even the zombies tote cell phones, and when asked about the influence of social media in the current culture at the film’s Wednesday morning press conference, Gomez got honest.

“I think our world is going through a lot,” Gomez said. “I would say for my generation, specifically, social media has really been terrible. It does scare me when you see how exposed these young boys and young girls are. They are not aware of the news. I think it’s dangerous for sure. I don’t think people are getting the right information sometimes.”

Beyond the early Trump comparisons and those iPhone-obsessed monsters, the film functions as canny commentary about people (well, zombies) losing their souls to consumerism, greed, and material possessions. As with many zombie films, it’s basically about confronting the end of the world. And, yes, that can’t help but involve the influence of social media.

Gomez knows all about that world. The performer, who has more than 150 million Instagram followers and nearly 58 million Twitter followers, explained that she’s much more mindful of what she shares on her various channels these days.

“I think it’s pretty impossible to make it safe it at this point,” Gomez said. “I’m grateful I have the platform. I don’t do a lot of pointless pictures. For me, I like to be intentional with it. It just scares me. I’ll see these young girls at meet and greets, they are devastated, dealing with bullying and not being able to have their own voice. It can be great in moments. I would be careful and allow yourself some time limits of when you should use it.”

Focus Features will release “The Dead Don’t Die” in theaters on June 14.

This Article is related to: Film and tagged Cannes, Selena Gomez, The Dead Don't Die