Jean-Louis Trintignant and Anouk Aimée reprise their roles in a touching nod to the Oscar-winning love story, but nostalgia overtakes their chemistry. 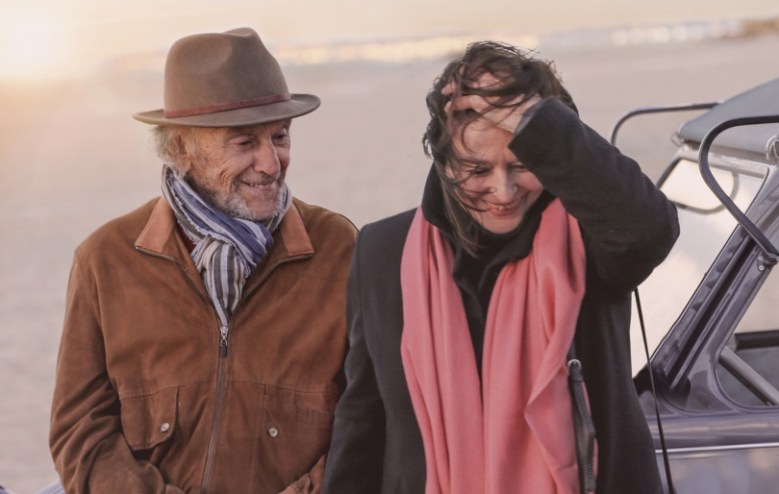 “The Best Years of a Life”

In one of the more poignant moments from Richard Linklater’s “Before Midnight,” chatty couple Celine and Jesse imagine what it might be like to look back on their romance 80 years in the future. It’s a tantalizing speculation in a triptych rich with possibilities. Now, Claude Lelouch gets there with a trilogy of his own: In “The Best Years of a Life,” the 81-year-old French director revisits the swooning courtship from his Oscar-winning 1966 “A Man and a Woman,” concluding a cheesy opus that launched more than 50 years ago.

Decades before Celine and Jesse, there was the saga of Jean-Louis and Anne. With fellow octogenarians Jean-Louis Trintignant and Anouk Aimée reprising their roles as passionate lovers despite forces that pull them apart, “The Best Years of a Life” delivers a melancholic salute to the original movie. However, Lelouch’s obsession with his story’s legacy means that the movie often defaults to a saccharine nostalgia trip.

Of course, Frances Lai’s iconic theme still works its earworm magic, and fans will appreciate seeing the saga to a credible finale. If nothing else, this curious franchise concludes by giving its actors a vessel to explore their characters into old age, and while much of the movie is doused with forgettable whimsy and old clips, their tender performances bring some measure of vindication.

Lelouch brushes aside the events of his oddball sequel, 1986’s “A Man and a Woman: 20 Years Later,” a meandering update that found that found race-car driver Jean-Louis (Trintignant) retiring and former script girl Anne (Aimée) trying to produce a movie based on their relationship and how it crumbled. Whatever: “The Best Years of a Life” is a quiet two-hander in which the events of the first movie hang over every scene, and nothing else.

These days, Jean-Louis has receded into a retirement home, diminished to a shell by encroaching senility. He has fits and starts of memories from his glory days behind the wheel, but mostly he spends hours sitting outside and gazing into the distance, thinking about the one who got away. Lelouch’s greatest filmmaking feat comes in the opening shot, as the camera zeroes in on a wheelchair-bound Jean-Louis and sits for minutes on end, while Trintignant works his magic. As “Amour” fans know, Trintignant has aged into a remarkable vessel for conveying the emotions of growing old and wistful. His very presence hovers several layers above the ambition of the movie to come.

In many ways, “The Best Years of a Life” comes across as a squishier, sanitized version of the rumination on mortality and loss found in “Amour.” Darkness eludes Lelouch at every turn in favor of reigniting the chemistry of his beloved couple. Jean-Louis’ son, Antoine (Antoine Sire, also a reprising a role in a series that comprises his entire acting career) recognizes that his ailing father thinks of nothing but his days with Anne, and decides to track her down to the small textile shop she oversees. “You’re his best memory,” he tells her, and Anne seems to welcome the opportunity to pay her old lover a visit. While other contemporary movies may question the validity of relegating the female protagonist to her male counterpart’s idealized vision, Anne seems haunted by ethereal memories of her time with Jean-Louis, and welcomes the opportunity to explore it once more. “It was too beautiful, too perfect,” she says, essentially acknowledging that it was a movie.

And so does Lelouch: As the pair reconnects at the retirement home, with Jean-Louis at first mistaking Anne for a stranger and then gradually reassembling their past, Lelouch lays on the nostalgia so thickly that he smothers the potential of the gentle buildup. Self-indulgent to a fault, the ensuing flashbacks to sepia-toned scenes from “A Man and a Woman” crop up throughout the movie as the former couple drive around and recall the old days. On some level, it may be appropriate for a movie about getting lost in the fog of the past to suffer the same fate.

Still, Lelouch’s lo-fi romantic tribute has a tendency to settle on endearing moments, including a handful of dream sequences in which both characters imagine themselves engaged in criminal antics as they speed across the countryside. The pair shares such indelible chemistry that their offbeat banter sometimes elevates the entire affair. When Anne says Jean-Lois “wasn’t only a speed-racer but a skirt-chaser,” he fights back: “No statue of limitations?” But the movie doesn’t dig too deeply into his misdeeds as it keeps returning the details from the first movie.

Yes, it’s a nice nod to the original for the pair to revisit the same beach they sped across with reckless abandon in 1966, and it’s fascinating to see Anne’s daughter Françoise (once again played Souad Amidou) resurface for a brief hello decades later. But these scenes generally distract from the more appealing dynamic that the two main characters carry in the present day. “The Best Years of a Life” works best when it allows its ex-couple to manage the self-referentialism. “All love stories end badly,” Anne says. “They only end well in the movies.” And so Lelouch sends his characters off together in a wondrous sunset, leaving us with the sense that no matter how much time they have left, these creatures of cinema never truly die.

“The Best Years of a Life” premiered at the 2019 Cannes Film Festival out of competition. It is currently seeking distribution.

This Article is related to: Film and tagged A Man and a Woman, Cannes, Claude Lelouch, Reviews