"Yeah, I think he would have a motorcycle toilet. That makes sense." 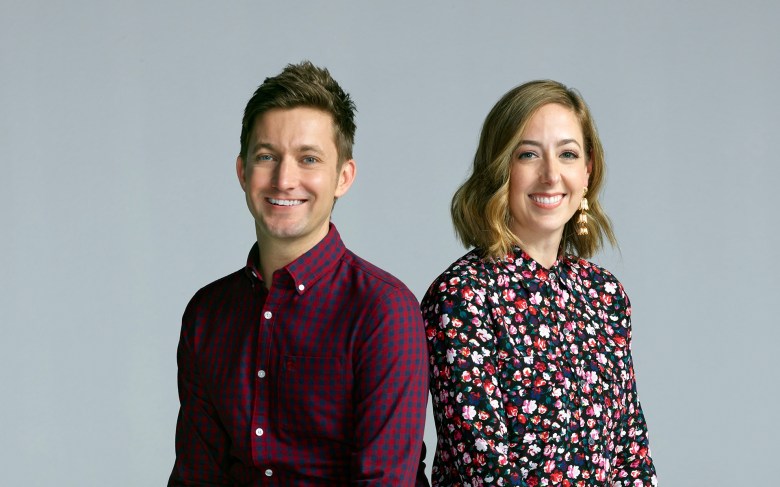 “The Other Two” Chris Kelly and Sarah Schneider

To hear Chris Kelly and Sarah Schneider interact, you’d think they were related. After watching the former “Saturday Night Live” co-head writers’ Comedy Central series “The Other Two,” you’d be convinced the pair were brother and sister. But the truth is that Kelly and Schneider are just that sympatico, all thanks to their friendship forged in the fires of the “SNL” writers room back in 2011.

Their series, featuring two twenty-something siblings Cary and Brooke (brilliantly realized by Drew Carver and Heléne Yorke) floundering in their attempts to secure successful adulthood — only to be surpassed by their 13-year-old younger brother Chase’s (Case Walker) sudden YouTube fame — tells such a hilarious, if specific, story that it seems inevitable to assume that the story is ripped from the headlines of Kelly and Schneider’s lives.

And you wouldn’t be all wrong. “Usually it’s a story we’ve told 30,000 times because we like it,” Schneider told IndieWire, of the plotlines that make their way into the show.

“When you’ve written together for a long time we’ve had ideas or stories or jokes or things that have happened to us that we’ve known about each other and have never had a place to put,” Kelly added. “When we’d be writing sketches that weren’t good ideas for a sketch, but we still like liked the premise of it, now we’re like ‘Oh, maybe it’ll work on the show.'”

For what it’s worth, the duo’s strategy is working like gangbusters, with “The Other Two” garnering plenty of dark horse Emmy buzz in a comedy series category missing several contenders in “Atlanta,” “Curb Your Enthusiasm,” and “Silicon Valley.” Even if Carver and Yorke aren’t household names, the show still comes by its comedy bona fides honestly, boasting a stellar supporting cast including Ken Marino, Molly Shannon, and Wanda Sykes.

Maintaining a strong family vibe is easy and important to both Kelly and Schneider, who were determined to make a show with soul that could stand up to the snark.

“Chris and I have a very familial vibe with each other, so that came naturally. And then the idea of expanding out the family just made sense,” Schneider said. “That’s the key story that we wanted to tell. We want it to be a family show – not for families, but about a family.” 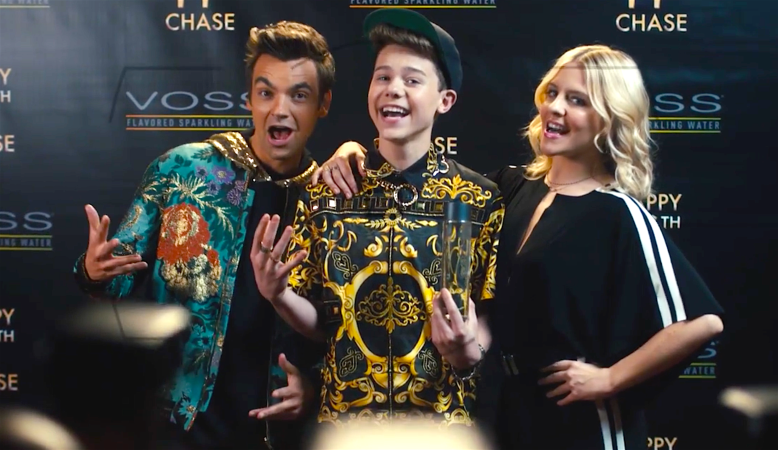 “We always wanted knew we wanted to follow those stories and have them be the heart of the show, as opposed to it being just a pop culture satire,” she continued.

Another aspect of the deeply humane foundation the show is built on is dealing with Carver’s character Cary’s life as a gay man trying to make his way in Hollywood, a place where a casting agent may ask him to do a take over, this time acting “more straight” and he immediately acquiesces without a second thought.

“Being a gay actor in the industry, things are different than when you’re straight,” Kelly said. “There are similarities, but there are definitely differences. It’s the same with the dating world between gay and straight people. So we knew if we were going to tell real stories about [Cary] working or dating it needed to be specific.”

Still, as important as grounding the series in the reality of the characters’ experiences is, nothing about “The Other Two” would work if it didn’t serve as a searing (and hilarious) commentary on pop culture and celebrity as we know it. Schneider and Kelly, working with pop singer and songwriter Brett “Leland” McLaughlin, pick up where they left off on “SNL” and craft catchy and cringeworthy tunes to launch Chase’s career, including “Marry U at Recess,” “Stink,” and fan-favorite “My Brother’s Gay.”

But perhaps no running joke on “The Other Two” has gained as much acclaim as the incorporation of a fictional version of actor Justin Theroux’s apartment, complete with a walk-in boot closet, a six-foot tall photo of the actor himself, and, yes, a motorcycle toilet. While the creators have expounded upon getting Theroux’s approval for the runner and had the good fortune of Theroux being a friend of Marino’s, the question remained: Why him?

Basically, it seemed like he could take a joke.

“We know that he’s a writer and has a good sense of humor about himself,” Schneider said. Indeed, Theroux has such a good sense of humor that he’s written several comedy screenplays, including “Tropic Thunder” and “Zoolander 2.” “We kind of just thought that he would be down with it, versus a lot of people who take themselves too seriously.”

“But the reason it came up originally was because it was just us picturing Chase, this little 13-year-old kid from Ohio and his mom moving into a home in New York and what would be the funniest, most incongruous place to put them,” she continued. “And we pictured Justin Theroux’s house being like super hard and concrete and masculine and nowhere to sleep and like guns as decor and that vibe to us was just very funny.”

“There’s something about him, even though he’s pretty private, you can kind of imagine how he is, based on how he dresses and the projects he takes on. You can kind of like imagine his house,” Schneider said. “He’s one of those few celebrities where you can kind of conceptualize his day-to-day and you’re kind of like, ‘Yeah, I think he would have a motorcycle toilet. That makes sense.'”

This Article is related to: Awards and tagged Chris Kelly, Comedy Central, FYC Brunch, Sarah Schneider, The Other Two