In making the first "Toy Story" love story about a befuddled Woody, first-time director Josh Cooley drew on a life-changing moment with his wife as inspiration. When Pixar’s “Toy Story 3” masterfully wrapped-up Woody’s story arc with Andy in 2010, the trilogy seemed satisfyingly complete. What more was there left to explore after Andy grew up and went off to college and the gang of toys was passed on to Bonnie? How about the not so simple problem of Woody’s fall from grace as the favorite toy and ensuing mid-life crisis?

That’s where “Toy Story 4” (June 21) picks up, with Woody shoved aside yet still eager to please Bonnie when her favorite new toy, Forky (Tony Hale), a neurotic spork she made in school, runs away in a state of existential confusion, and the Sheriff feels duty bound to find him. But the plot thickens when Woody’s reunited with Bo Peep (Annie Potts), the former love of his life, who’s become a badass free spirit, embracing life’s daily adventures. What’s Woody to do with the rest of his life? “I was made to help a child,” he tells Bo. “Change is good,” she replies.

And, in a weird case of life imitating art, Pixar was forced to deal with upheaval and change as well during the making of “Toy Story 4,” with Pete Docter succeeding legendary co-founder John Lasseter last year as chief creative office after his departure over alleged workplace misconduct. As the father of the phenomenally successful “Toy Story” franchise, Lasseter already had stepped aside as director of “Toy Story 4” in mid-production, when the strain of running both Pixar and Disney became too much. He promoted co-director Josh Cooley (“Inside Out” story supervisor) to sole director, and this resulted in a major change of direction for the franchise’s first love story, which Lasseter conceived as a love letter to his wife, Nancy, and Cooley then, in turn, dedicated to his wife, Erin.

“Actually, the biggest change for me was becoming a first-time director,” Cooley said. “And when I pitched Forky to my wife, she laughed, and I didn’t understand why, and she said, ‘That’s you — that sounds like you talking about directing. ‘What’s happening? ‘What’s going on here?’ Whatever you’re feeling, it gets put into the work,” added Cooley.

During the opening prologue, after a daring rescue of RC, the remote-controlled car, from being washed away in a rainstorm, Woody and Bo have a tender goodbye. Bo’s being passed on to another family, and she invites Woody to run away with her, but he can’t abandon Andy. It’s a moment of regret that he’s carried with him ever since. And Bo’s re-entry in Woody’s life becomes a major catalyst for change, in conjunction with his paternal-like relationship with the confused Forky. But prior to Cooley’s directorial turn, there was no Forky to spark the inciting incident, and Bo was not yet fully developed.

“I remember when John asked me to direct, he said, ‘This is your film and bring what you need to it,'” Cooley said. “And there were elements that I loved and held onto those, but making Bo Peep essential to Woody’s change was something I don’t think we ever fully had. And we needed to touch on that. And Woody was the hardest part, as it should be. He’s the protagonist. Why does this change need to happen, and what’s going to make that happen?”

Cooley took to heart a prophetic moment with his wife early in his animation career filled with self-doubt. “I was a 2D animator always beating myself up and I wanted to work for Disney, but I knew I didn’t have the chops for that,” Cooley said. “But I got interested in story and met some story artists and I wanted to work at Pixar. We were driving around and found ourselves in front of Pixar in around 2001.

“We stopped by the gate and she told me I was going to work there someday, and I said, ‘Stop it!’ And she went on again and I was mad at her. ‘You can’t just say that — that’s totally unachievable.’ But if she wasn’t there and she never said that, I never would’ve even tried. She completely changed my thinking and approach to the world. It was powerful, and I was thinking that if I could get that feeling and that relationship into this film, then it would be worthy of ‘Toy Story 4.'”

And producer Jonas Rivera (the Oscar-winning “Inside Out” and “Up”) recalled that when Cooley conveyed that anecdote early on, he inspired confidence in a new direction. “It was cool to hear that because, suddenly, even without talking about Woody, Buzz, Bo Peep, or anything, we thought that’s something worth doing. The crew and story artists sat up and said we could chase that down.” 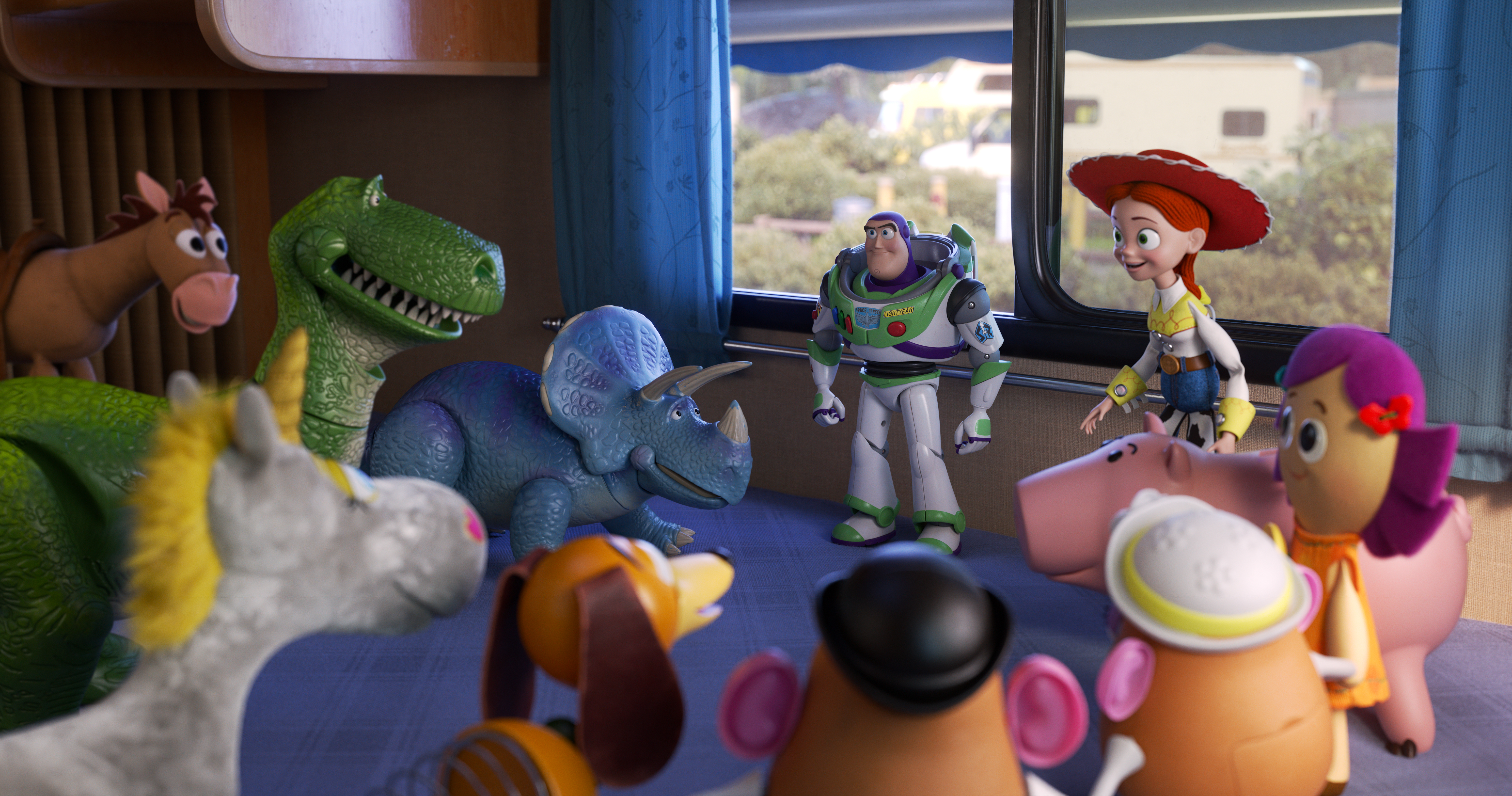 Still, there were early bumps in the road: They weren’t acting like toys. “Coming at it from a love story angle, we’d watch it and it didn’t feel right,” said Cooley. “And the reason was you could’ve told the same story with humans. And that was a realization that it didn’t feel like ‘Toy Story’ yet. It needed to be a ‘Toy Story’ movie but with the emotion of their relationship. I like the balance.”

Again, it’s all about Woody’s maturation, enhanced by Tom Hanks’ ability to lend more gravitas as a 62-year-old to his bittersweet vocal performance. “Woody is so privileged throughout all these films,” Cooley said. “At first we were rather annoyed by it, but then we used it to our advantage.  He’s never had anything to worry about. He’s always been the favorite toy and he’s been taken care of. He had challenges along the way. So we put him in a position of now he doesn’t know what to do. He’s uncertain. It’s going to be different. But you still have to hide and duck and it’s dangerous. That’s the fun of ‘Toy Story.’ You can’t do that with a person.”

This Article is related to: Film and tagged Disney/Pixar, Tom Hanks, Toy Story 4