The “She’s Gotta Have It” star dons a spacesuit for a journey through space… or does she? 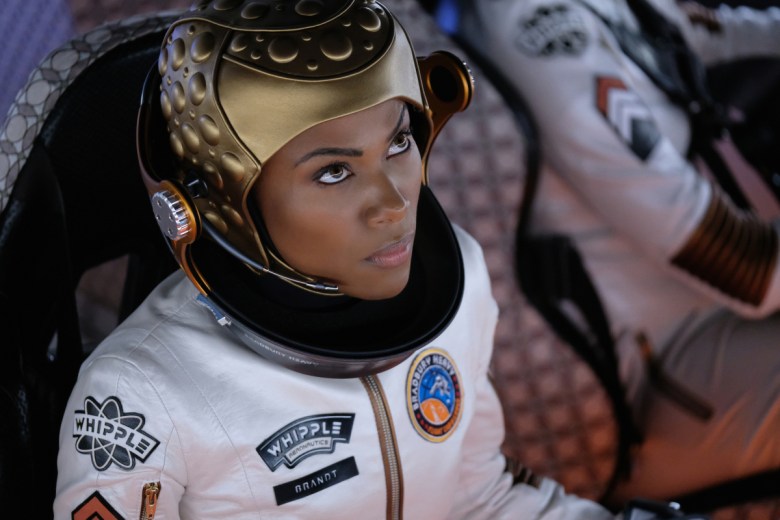 Original “Twilight Zone” creator Rod Serling was so fascinated by the possibility of space and aliens that his very first space-adjacent episode aired two years before the first man even escaped Earth’s atmosphere. Now, Jordan Peele’s revival of the series carries on that storytelling tradition with the episode “Six Degrees of Freedom,” in which five astronauts blast off to colonize Mars.

DeWanda Wise, best known for starring in Spike Lee’s Netflix series “She’s Gotta Have It,” is a longtime fan of “Twilight Zone” and had even asked her agents specifically if she would be able to land the show. Her favorite episode is “To Serve Man,” the classic entry in which seemingly benevolent aliens land on Earth, improve the lives of humans, and then are revealed to actually eat the people they were helping.

“You’re riding along, and they convince you that maybe aliens aren’t bad,” she said. “Then you reach the end of the episode, and it’s absolutely devastating. The arc of it — as a viewer going through it, emotionally — is unparalleled.”

Wise has always understood mankind’s obsession with what lies just beyond, and that’s why the subject of space fits so well within the “Twilight Zone” universe.

“Most of my favorite episodes are the space episodes,” she said. “It’s the final frontier, and it’s about playing around with our fears of the unknown. Now we are even closer than we were in the ‘50s to depleting our resources on this planet. So it’s venturing into what it would look like to have that first trip to Mars.”

In the episode, Wise plays flight commander Alexa Brandt of the Bradbury Heavy spacecraft and has created a tight-knit family with her crew (Jonathan Whitesell, Jessica Williams, Lucinda Dryzek, and Jefferson White). But when their launch is interrupted by news of Korean ICBMs hitting various cities in the United States, and America’s subsequent retaliation, the crew must make a last-minute decision to abandon the mission and possibly face perishing in a nuclear war or launch and possibly be mankind’s last chance for survival. They launch. 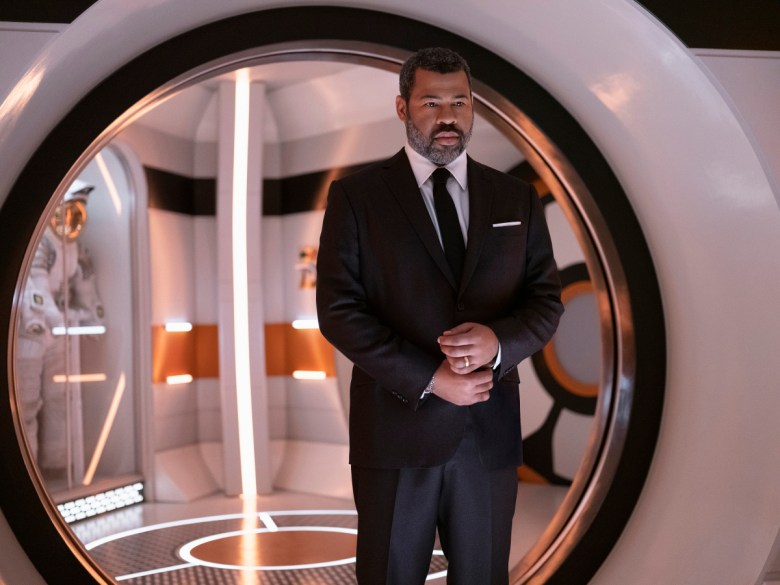 As with anything “Twilight Zone,” the story ultimately comes down to how humanity reacts to the strange things the show throws its way. Over the course of the 230 days spanning the Mars journey, each of the five crew members deal with the probable loss of their loved ones back on Earth in various ways. One becomes antagonistic, two turn to each other for sex, one becomes the supportive mother hen. And while Alexa begins resolute and upbeat, she soon spirals into despondency once she accepts that her partner is gone.

“There’s a bit of Greek tragedy inherent in ‘The Twilight Zone.’ I’ve always thought that,” she said. “There’s no comparable ‘what if’ for an actor. You can’t go back and be like, ‘This is like the time my boyfriend broke up with me.’ There’s none of that.”

Wise, who was in the Junior ROTC in high school and almost enlisted, was excited to finally play a role that could tap into that training and discipline. However, even she could relate to Alexa’s breakdown.

“I need so much personal space… I feel like I would be adjacent to Alexa in a sense because there are absolutely elements of me where I’m a perfectionist,” she said. “I would want to stay optimistic and buoyant, but if we were leaving Earth and I thought that we were leaving everything behind, I probably would have gotten to despair a lot faster than she did. I would have gotten to despair the second day and been like, ‘Well, I’m good. I lived a good life. I’m going to go ahead and open up this hatch.’”

One crew member, mission specialist Jerry Pierson (Jefferson White), appears to become completely unhinged, though. Previously, he had seemed far too interested in the story of Orson Welles’ “War of the Worlds” radio play in which many listeners at home thought the Earth had actually been invaded by Martians. But with only 76 days to touchdown on Mars, Pierson has changed his tune — kind of. He believes that everything is fake, from the Korean missiles and loss of communication with Earth, to their whole time in space. He posits that all of this has been an elaborate endurance test, and that they’re being observed to see how they react.

It’s here that “Twilight Zone” aficionados will recall the first ever classic episode, “Where Is Everybody?” in which a man finds himself alone in a deserted town and begins to panic. It’s revealed that he’s really been in a cramped sensory deprivation unit to test how long a man can deal with being alone, which causes his elaborate hallucinations. He’s being observed by the military to gauge his fitness for a solo mission to the moon.

Pierson’s theory echoes this premise and that leads him into a full-blown rant. As he tries to convince the others that everything is a simulation — and therefore there’s no reason to be sad or afraid — a solar flare threatens the ship. It’s a stressful and chaotic scene, full of him screaming out facts and figures while Langford tries to get him to take his seat, and the others are already strapped in and trying to evade a crispy death. 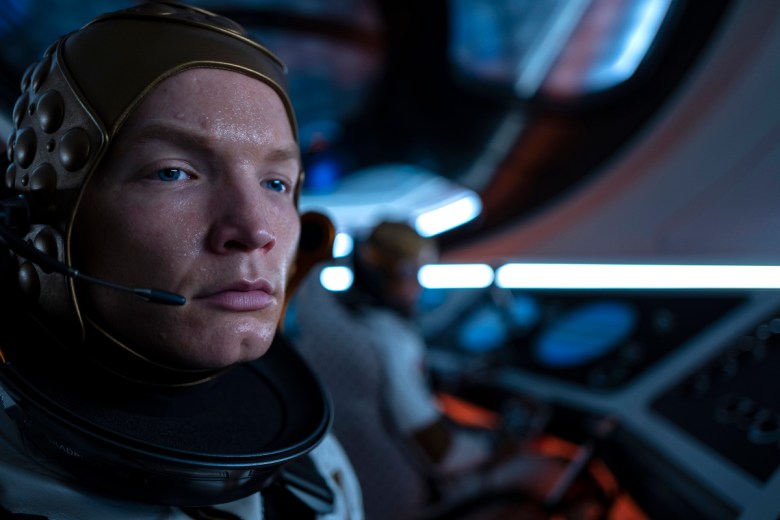 “Fuck you! You want me do what they want,” he screams. “They made us believe our families are dead. I saw them watching us, I saw them on the monitor. They are watching us do our test.”

“His three-page monologue we shot the second day of filming,” said Wise. “I tell you, that motherfucker set the tone and the pace because everyone else watched him, and literally it was a master class. We’re just watching him work and were like, ‘Oh, OK. That’s what we’re doing. Got it.’”

To prove his theory, he opens the hatch to confront the solar flare. Later, the crew mourns his death. But on the day they touch down on Mars, it’s revealed that aliens actually have been watching their every move and are impressed that they have passed through the Great Filter — the achievement of advanced intelligent life — and therefore humans are deemed worthy of first contact. What impresses them even more is that Pierson had known they were observing, and he’s shown to still be alive but seemingly in a daze and covered in clear slime.

The ending is open to interpretation. On one hand, it could be seen as the aliens masterminding this end-of-the-world scenario to test humans, and that it truly is all fake. Pierson would be correct, and that makes the ending somewhat hopeful.

But then again, the aliens could have been present, but merely observing. In which case, that would mean the Earth is still in ruins, and only these five people are left to repopulate humanity.

“One of them [who’s gay] obviously is just not interested at all in that,” said Wise. “It would be horrible. Horrible. Such high stakes, the absolute highest.”

This Article is related to: Television and tagged CBS All Access, DeWanda Wise, The Twilight Zone, TV Interviews