Streaming services shake things up, old strategies get one more spin, and the TV monolith leaves its mark. 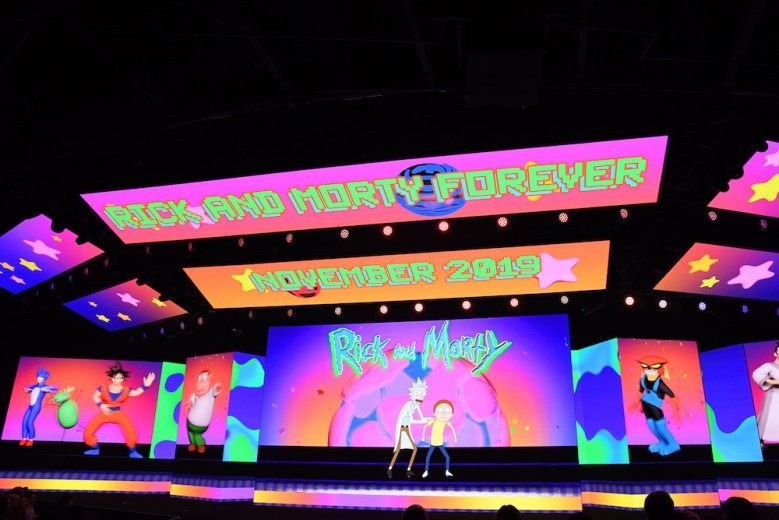 The Upfronts are over, so now the impact of the Upfronts can be assessed — well, it can start to be assessed. Though the past week revealed many new directions for dozens of networks, services, and at least one “start-up,” how those choices affect the companies themselves won’t be known for months and months and how they affect the TV landscape may take even longer. Here are three key takeaways from the 2019 Upfronts:

There’s a reason Netflix doesn’t have an Upfronts presentation and Hulu does — one is ad-supported, and the other is not. Netflix Chief Content Officer Ted Sarandos has nothing to pitch advertisers because he’s not dependent on them, and the largely unspoken truth at recent Upfront presentations is that more and more networks are keeping mum until their streaming plans solidify. This was more apparent than usual at the 2019 Upfronts, as the streaming chatter dominating entertainment news was muted in favor of other ad-centric talking points.

For instance, Disney made waves by announcing its full operational takeover of Hulu — a long-in-the-works endpoint that was announced during a conference call just before the Mouse took the stage. FX chief John Landgraf said his network’s prestige programming “belongs on Hulu,” but Upfronts for Disney and Hulu focused elsewhere. Disney’s massive, multi-network presentation didn’t fill in the gaps regarding what belongs on Disney+ and what goes to Hulu, so much as it pushed the unification of three massive production studios — 20th Century Fox Television, ABC Studios and Fox 21 Television Studios — and the many broadcast and cable networks that have come together to distribute their fare. This wasn’t the audience for a Disney+ presentation.

That being said, two emerging streaming players are incorporating ad-supported facets into their plans and made sure the marketers knew it. WarnerMedia confirmed part of its yet-to-be-named streaming service will be ad-supported, while NBCUniversal’s also unnamed service will be totally ad-supported. Launching in 2020, the NBCUniversal service will be totally free, and NBCUniversal’s Linda Yaccarino, chairman of advertising and client partnerships, strongly hinted that top draw “The Office” would be part of that service. Whether that means it will leave Netflix entirely or enter into a shared distribution agreement is unclear, but one has to wonder if fans will be as keen to binge the NBC favorite if there’s an ad break every 10 minutes.

How NBCUniversal, WarnerMedia, and Hulu find new ways to integrate advertising into streaming platforms will be a critical to track as their platforms roll out. After all, there’s a reason more streaming intel was kept off-stage in 2019: advertisers and streaming don’t always mix. 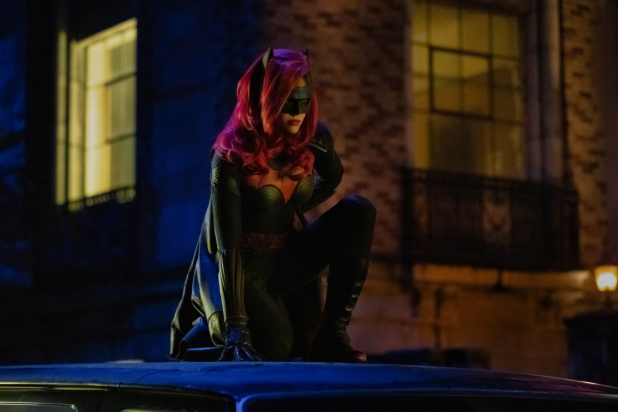 2. Lineups Reflect More of the Same… For Now

Whether it’s existing IP or the people bringing it to life, the broadcast world looks pretty similar to what it did before. Per Variety, the new broadcast shows feature a representative split between men and women in lead and co-lead roles — 54 percent are women — but parity wasn’t achieved for people of color onscreen or off. Representation actually dipped for lead and co-lead roles, as well as series’ executive producers, compared to last year’s slate of broadcast series, and that’s just one more frustrating aspect of how America is personified on television.

Safety was the name of the game in 2019. ABC is only launching three new shows. NBC still has one night of the week dedicated entirely to Dick Wolf series set in Chicago. Fox isn’t just leaning into revivals, but parody revivals — “BH90210” is a “90210” reboot in which the returning cast play themselves in a heightened version of reality set 19 years after the original series. The network is also re-introducing Animation Domination, highlighting veteran favorites like “The Simpsons,” “Family Guy,” and “Bob’s Burgers,” along with the new slate of original animated titles featuring “Bless the Hearts,” “Duncanville,” and “The Great North.” The CW is sticking with its superhero strategy by introducing a new DC hero (“Batwoman”) to make up for its outgoing DC show (“Arrow”) — not to mention yet another DC heroes crossover special.

Finally, CBS is still CBS. Though a few new pilots look promising (bless the heart of anyone who brings Michaela Watkins back to television), the network’s decision to stick with the troubled “Bull” is, well, gross. As long as the old guard and the old guard’s mindset remain in place, more decisions like these will be made — which brings us to the good news…

The old guard is on the outs. This year’s Upfronts hosted new top executives at each of the Big Four networks. David Nevins led things for CBS, Charlie Collier won over a few new fans for Fox, Dana Walden shifted to ABC, and Jeff Shell took point for NBC. These changes (and more) came as the result of mergers, shifting visions, or both, as new parent companies and partners prepare for battle in the upcoming streaming wars.

The only broadcast network without top-level turnover still made a high-level choice: The CW did not renew its deal with Netflix, meaning the eight-year deal that allowed new seasons of “Riverdale,” “Supernatural,” “The Flash,” and more to premiere on Netflix shortly after they wrapped on The CW is kaput — those Warner Bros. and CBS Television properties will be sent to new homes, with the DC properties likely ending up on the WarnerMedia streaming platform.

But the post-mergers landscape is shifting everything. There are little waves like WarnerMedia rebranding the former Turner networks to fit into its larger portfolio and, speaking of bigger portfolios, Disney literally leaving its mark on everything. Then there are big waves like the upcoming Disney+, WarnerMedia Direct-to-Consumer, Apple+, and more streaming competitors which will compete for broadcast viewers as much as each other’s. Some broadcast networks, like ABC, fit into their parent company’s larger plans. Others, like Fox, are identifying as independents. Others are still figuring it out — NBC and CBS have streaming platforms, but they’re not in a position to dominate the culture like the giants.

That means they all need to take big swings. This year saw Upfronts filled with new chiefs accepting an old regime and making adjustments to it. Next year should see bigger swings. The competition is only getting more intense, and fortune favors the bold. Or audiences tend to, at least.

This Article is related to: Television and tagged Disney, Hulu, Upfronts