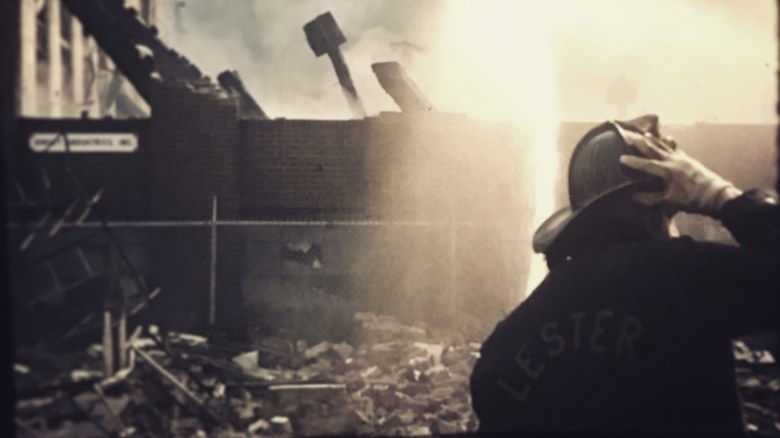 Over 100 movies screened at the 2019 Tribeca Film Festival, but one of its best offerings lets you walk inside the frame and experience a story from the inside out. In “Where There’s Smoke,” a selection of Tribeca’s Virtual Arcade program, participants literally walk through one man’s memories and engage with his grief. Lance Weiler, a filmmaker who years ago dove headlong into the creative possibility of immersive storytelling, has crafted an elaborate form of experiential cinema and interactive theater out of personal experiences.

The genesis of the project — which finds participants walking through several rooms and learning about his youth — stems from Weiler’s complex relationship with his father, who passed away last year. The Philadelphia native was a volunteer firefighter and amateur fire scene photographer who took his family on long road trips around the country, but often struggled to connect with his son. When he became sick with cancer, Weiler launched a series of interviews with his father that form the narrative backbone of the project, along with ephemera that include countless Polaroid photographs and objects from Weiler’s childhood home.

But Weiler’s history with his father also pivots on a mystery: The Weilers survived two dangerous fires, one in the family van while on vacation, and again when flames burst out in the basement. Was Weiler’s father a secret pyromaniac who put his family in peril to satisfy his obsessions? The evidence stacks up, but ultimately becomes a red herring. That’s partly because the project is anything but non-linear, and also because Weiler himself has come to terms with his uncertainties over that question.

And for some people, it doesn’t come up at all. Unfolding across three rooms, “Where There’s Smoke” begins by inviting participants to engage in a therapeutic mental game, then takes them to a room where their choices lead to six filmed sequences out of nine possibilities. In some of them, Weiler shares audio from interviews with his dad; in others, he recalls experiences from his childhood, and at the older man’s death bed. That means that every group experiences “Where There’s Smoke” — which is designed for four people at a time, and runs about 45 minutes — in a unique way, starting with their own conduit to Weiler’s story.

As the experience begins, participants enter a blank white room with two small tables, each of which contains blank pieces of paper and pens. A facilitator tells participants to sit across from someone they don’t know and close their eyes. In a tape recording, Weiler introduces himself and asks all four participants to imagine a scenario in which they wake up at home and realize the room is on fire. With only moments to process the situation before escaping, you can only take one object with you; the only rule, Weiler cautions, is that “it can’t be digital.” When participants open their eyes, they’re asked to draw the object they chose to take. (For me, it was the fuzzy stuffed turtle I’ve kept around since I was an infant. Go ahead, get your cooing out of the way now.) Then, everyone is tasked with asking the person seated opposite them the same question five times — “Why are you emotionally attached to this object?” — and scribbling notes from the answers around the drawing.

With that jarringly intimate exercise out of the way, “Where There’s Smoke” morphs into a more familiar kind of interactive experience: The escape room. But while most escape rooms revolve around cheap gimmicks — escape the temple, stop the bomb, solve a zillion riddles before the buzzer goes off — the stakes of “Where There’s Smoke” are subtler, and creep into the scenario with time.

First, all four participants open up a suitcase containing details about Weiler’s father: photographs, a driver’s license, a vacation log, even his birth and death certificates. There were also two small flashlights and a map. We were given 45 seconds to learn as much as possible from these fragments before being sent into a dark corridor that reeked of smoke, around a corner and into the next room, which contained a charred recliner and a table with an old projector on it. The map had four objects on it that we had to find. Once we found each object — a rotary phone, a ham radio, a burnt cassette tape, and a still camera — we placed them in small glass rectangles on the table with the projector. The glass panes were glowing blue, but when we moved the objects around, they would change to green, and the filmed segments would play.

From there, the “escape room” concept solidified into an interactive viewing process, and after our sixth film, we were asked to rescue one object from the table. We chose the cassette tape, triggering a voiceover from Weiler about his dad’s classical music tapes and how they connected to his youth. Another door opened. The final room was bathed in soothing blue light, and the walls were covered with the objects drawn by previous participants in the first room exercise. Our own drawings had been laid out on a table alongside thumb tacks so we could pin them up. It was a poignant way to bring the journey full circle — exiting Weiler’s experiences through the same intimate filter he established at the beginning.

I have tracked Weiler’s work for years, and while he has always been a cutting-edge storyteller (I believe the term he preferred at one point is “story architect”), “Where There’s Smoke” stands out as the crowning achievement of a career in narrative experimentations. These days, he runs the Digital Storytelling Lab at Columbia University, but his work has been ahead of the curve for two decades. His 1998 found-footage horror movie “The Last Broadcast” toyed with truth and fiction a year before “The Blair Witch Project” got all the credit. With his 2006 concussion thriller “Head Trauma,” he conceived of an innovative ARG (artificial reality game) to expand the narrative of the story that has become de rigueur for studio marketing departments. At a certain point, he was a perennial figure in the “transmedia” crowd, when the term gained prominence through media scholar Henry Jenkins. And while “transmedia” may be a dated term today, the fragmentation of media that defines our current communication landscape means that we are constantly experiencing aspects of film and television through multiple avenues. 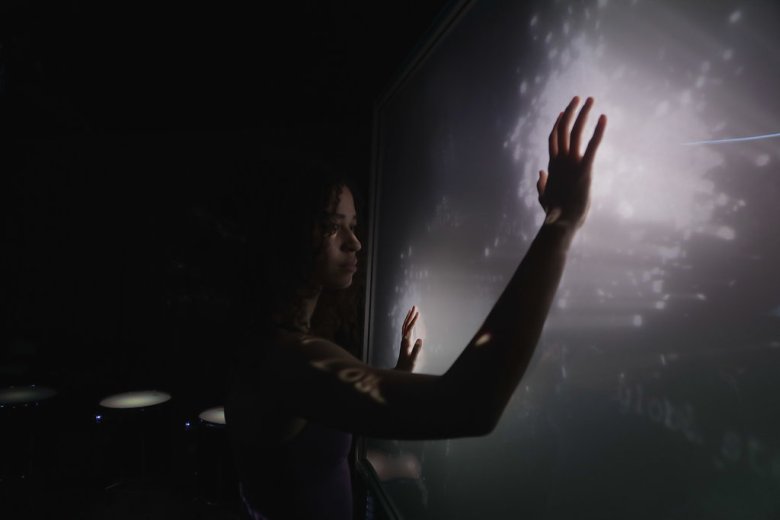 Weiler has leaned into that: In Sundance’s New Frontiers section, his “Pandemic” involved an interactive component to experiencing a story about an international medical crisis, and last year’s “Frankenstein AI” adapted the Mary Shelley classic into an interactive experience in which participants’ own emotions play a role in the development of a robotic monster.

Weiler is a bit of a Victor Frankenstein himself, a mad scientist tinkering with the boundless possibilities of technology and rewiring them for his own inventive means. At a precarious moment for everyone in the film and television business, where questions surround the future of entertainment (and narrative itself), Weiler’s work has become more relevant than ever. Talk of “the experience economy” has become ubiquitous — the idea that people will only leave their house to spend money for a genuinely special experience — and while that logic has been the driving force behind Disney theme parks for generations, it’s currently epitomized by everything from the Meow Wolf collective to Tokyo’s teamLab. But Weiler is one of the most exciting individuals to explore this medium as an organic extension of his storytelling roots. He’s a filmmaker from the future even when it catches up to him.

“Where There’s Smoke” is the latest example of his ability to go beyond the static boundaries of most so-called “next level” media like virtual reality. He has described the project as “an emphatic healing/learning experience,” but it’s essentially a first-person documentary under the guise of an escape room, pushing the technology and the documentary tradition in a fresh direction.

After my experience ended, Weiler emerged like an artsy Wizard of Oz to reveal the inner workings of his kingdom, which includes weighted magnets underneath the desk that sent signals to a computer program, triggering the various film clips we’d watched during the show. Written in the Python script, the code meant that “Where There’s Smoke” could be restaged in any number of contexts, and refashioned for other uses. He has been in touch with the narrative medicine program at Columbia about utilizing the experience to help patients and relatives cope with terminal illness, and plans a narrative feature about his childhood that will draw on elements of the show.

To some degree, the most complete experience of “Where There’s Smoke” mandates the presence of Weiler himself to explain its function. He said he wanted to demystify the grieving process, and what it has meant to him in recent months. “Grief is non-linear,” he said. “You think there’s an answer, and it’s actually a lot of questions, and you have to let go.” By the end of “Where There’s Smoke,” you don’t just understand where he’s coming from; you feel it.

“Where There’s Smoke” continues at the Tribeca Film Festival through Monday. For more information and to book an experience, go here.

This Article is related to: Film and tagged Tribeca