While not their finest achievement, the Belgian auteurs' look at a 13-year-old with murderous convictions still have plenty of insights. 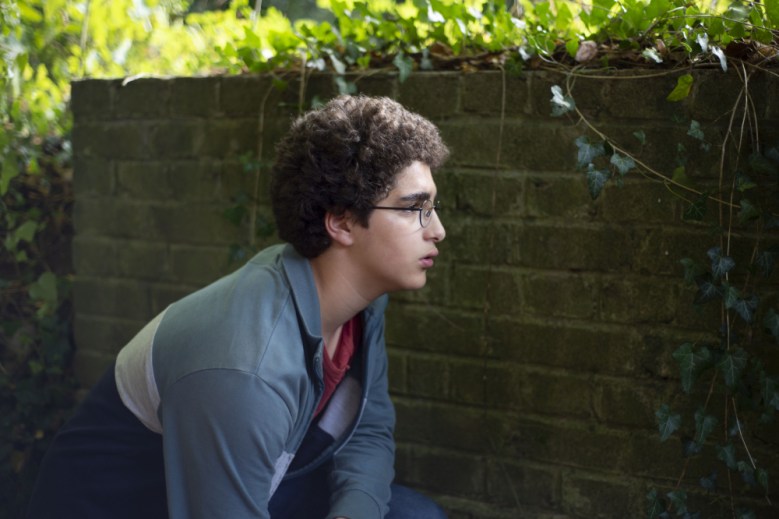 Editor’s note: This review was originally published at the 2019 Cannes Film Festival. Kino Lorber releases the film on Friday, February 21.

Belgian directors Jean-Pierre and Luc Dardenne excel at showing how the struggles of the underprivileged can lead them down morally questionable paths, but when “Young Ahmed” begins, that journey has started long ago. As 13-year-old Ahmed (Idir Ben Addi in a breakout turn) spends his days studying radical Islam with Imam Youssouf (Othmane Moumen), much to the consternation of his frantic mother Louise (Claire Bodson), the child has already committed himself to jihad. Within the first act of the movie, he has sworn himself to murdering his secular teacher Ines (Miriam Akheddiou), and the reckless act lands him in juvenile detention. The rest of the movie finds the kid struggling with his confused ideology, as various characters attempt to sway his beliefs.

In the pantheon of Dardenne brothers movies from the past three decades, “Young Ahmed” lies somewhere on the spectrum ahead of mediocre works like “The Unknown Girl” but well behind the masterful real-time suspense of “Two Days, One Night” or “The Child.” While propelled by a handful of gripping encounters and the Dardennes’ usual economical storytelling, “Young Ahmed” never quite gets beyond the fundamental challenge Ahmed faces to provide deeper insights into his behavior, even as it delivers on its timely, provocative concept in rather straightforward terms.

The Dardennes are always adroit at building disquieting thrillers around vivid, emotionally complex characters, and Ahmed immediately joins the ranks as one of their more memorable creations: a bulky kid with an unkempt afro in the throes of puberty, he peers out at the world with furtive glances, and it’s often unclear if he’s experiencing regret or plotting another reckless attack.

As a terrorist coming-of-age tale, “Young Ahmed” deprives the drama of the full picture. Ahmed’s extremism sets the story in motion, but only receives cursory investigation on its own terms. The filmmakers tread so lightly on this dark premise that they reduce the concept to a gimmick: It’s obvious that Ahmed has been mislead by the Imam, who has drawn him in through stories of the boy’s martyred cousin.

Terrorist movies from “Paradise Now” to “Hadewijch” have excelled at exploring the psychological duress of men and woman willing to sacrifice their bodies for the purposes of deeply-held beliefs, but Ahmed’s motivations hardly extend beyond teenage angst: A child of divorce, he blames his mother for scaring off his father for refusing to adapt to the demands of a strict Muslim household. She won’t hear it — bristling at his attempts to speak Arabic around her and frustrated by his lack of interest in schoolwork, she’s already at wit’s end when he attempts to commit a crime. But even once he’s stuck within the confines of a rehabilitation facility, Ahmed continues to plot his crime, seemingly driven at all costs to keep his holy war intact.

What keeps him going? “Young Ahmed” positions this question at the center of a elegant slow-burn narrative, with the directors’ traditional handheld camerawork following the soft-spoken Ahmed as he sneaks around the facility, plotting his next act. One prolonged sequence, in which he buries a sharpened toothbrush in his shoe, provides a snapshot of the Dardennian filmmaker at its finest — building suspense around a series of actions and how they may or may not play out at any moment, they cast Ahmed’s fate in riveting uncertainty.

But the Dardennes don’t relish the grim tone the whole way through. Ahmed’s conflict takes an unexpectedly charming twist when his overseers bring him to work on a nearby farm, where a young girl named Louise (Victoria Black) develops a romantic interest in the boy and the new emotions force him to confront his convictions. Their dynamic is brief but compelling, and complicates this concise study of religious and personal value systems by forcing Ahmed into a visceral, moving experience that none of his religious teachings has prepared him for.

The climactic scenes of “Young Ahmed” bring all these ingredients together for breathless, unnerving act of desperation that borders on the edge of physical comedy. At once naive and dangerous, Ahmed careens through his limited world with determination but no real end game, coming to terms with his internal strike only in the final seconds. It’s a little half-baked, but in pure filmmaking terms, a taut and engaging means of bringing Ahmed’s journey to a close.

The Dardennes have been the reigning kings of social realism for years, and tell these sort of morality fables on autopilot, but they’re such precise storytellers that even a minor work like “Young Ahmed” manages to deliver tense showdowns riddled with real-world connotations. Ahmed may be one of many children exploited by advocates of religious extremism, but the movie personalizes his plight. At times, one can practically see the brothers pulling the strings on the movie’s potent themes, but they’re such expert puppeteers that it’s easy enough to ignore them and absorb the ride.

“Young Ahmed” premiered in Competition at the 2019 Cannes Film Festival.