The English-language remake of a 2006 Danish film by the "Bird Box" filmmaker opened this year's Sundance Film Festival. 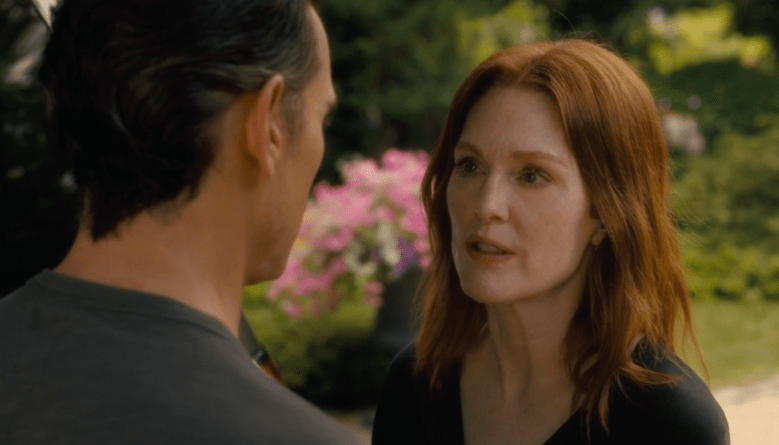 Following her star turn in Sebastian Lelio’s “Gloria Bell,” Julianne Moore is leading yet another English-language remake of a beloved foreign film. After working with Chile’s most internationally renowned filmmaker, this time Moore looks to Danish auteur Susanne Bier for inspiration. Releasing a first official trailer today, “After the Wedding” is an adaptation of the Oscar-nominated 2006 film of the same name, originally directed by the “Bird Box” filmmaker. In addition to executive producing, Moore stars alongside Michelle Williams and Billy Crudup in the drama, which is directed by her husband Bart Freundlich (“Californication”). The first trailer, premiered this morning by EW, teases a taut love triangle with potentially devastating secrets.

“After the Wedding” follows an NGO worker named Isabel (Williams) seeking funding for an orphanage in Kolkata. After the promise of a large donation comes in from New York, Isabel must fly thousands of miles to meet the media mogul benefactor, Theresa (Moore), in person. Theresa invites Isabel to her daughter’s wedding that weekend, where she runs into Theresa’s husband Oscar (Crudup). It instantly becomes clear that the two presumed strangers share a complicated history.

The trailer is full of weighty looks and suspenseful string orchestrations, imbuing the unfolding mystery with a heavy eroticism. Raising her martini glass delicately to her lips, Theresa seductively asks Isabel: “Was it strange to see Oscar again? He’s a good-looking man now, but, back then, he must’ve really been something.”

“After the Wedding” was a Day One selection at this year’s Sundance Film Festival, where it was met with middling reactions from critics. In his C review out of the festival, IndieWire critic Eric Kohn called the film “a slavish imitation of a story about strong-willed men, with talented women at once outshining the material and highlighting its limitations all over again.” He added: “there’s an audience for this sort of unapologetic schmaltz, as Bier already proved; viewed on its own terms, the remake does competent lip-service to the original.”

Sony Pictures Classics will release “After the Wedding” in theaters in New York and Los Angeles on August 9. Check out the trailer (including all three actors delivering some of their most smoldering looks) below.

This Article is related to: Film and tagged After the Wedding, Julianne Moore, Michelle Williams