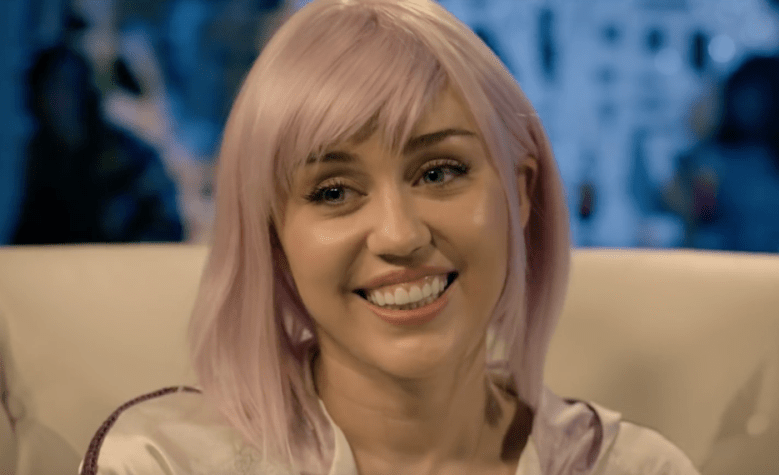 New “Black Mirror” episodes are always a major cultural event, doubly so when they feature stars like Miley Cyrus. Her supporting turn in Season 5 episode “Rachel, Jack, and Ashley Too” seemed destined to go viral, and Netflix isn’t taking any chances. The streaming service has released a music video from Ashley O, Cyrus’ pink-haired pop star who uploads her consciousness to a toy doll.

The song, “On a Roll,” turns Nine Inch Nails’ “Head Like a Hole” into a saccharine pop ditty that serves as an earworm throughout much of the story. Episode viewers may be bombarded with bits and pieces of the video, but this is the first chance to hear the song in its entirety. Netflix’s “press release” reads:

Today, award-winning pop sensation Ashley O unveils a new music video for her single “On a Roll,” in which Ashley O empowers her fans to believe in themselves and to work hard to achieve their goals.

Reflecting on the new song, Ashley O says, “It’s really important for people to feel like they’re in control of their own destiny, and that means having the confidence to be who you want to be.” Ashley O’s manager Catherine Ortiz says the song is inspired by Ashley’s own experiences and her perseverance through her career. Ortiz states, “The lyrics to “On a Roll” are so true. Ashley has worked very hard, and now she’s going to get what she deserves.”

Ashley O’s writing process sets her apart from other artists and performers in the industry. Ashley O says a lot of her music comes to her in her dreams. She states, “They’re kind of there in my mind while I’m sleeping, so when I wake up I have to really quickly write it down because I don’t want it to just disappear.”

Ashley O began her career at a young age singing and performing. Upon the untimely death of her parents, her aunt, Catherine Ortiz, became her primary caretaker. As Ashley O continued her career, Ortiz would later become a source of confidence for her star niece, and eventually signed on as her manager. The video debut comes hot off the heels of another buzzworthy Ashley O project: Ashley Too, the all-new, intelligent companion doll based on Ashley O’s actual personality.

For a story that focuses on the artistic burnout generated by the pressure to create viral hits, it’s only appropriate that Netflix would try and get a viral hit out of the video. Ashley O is punk at heart, and her frustration at having to record such benign music is the catalyst for the episode’s drama. While it combines multiple plotlines, the episode centers around the tension between art and commerce in an industry dependent on clicks.

Releasing the video online, complete with a fictional press release, is yet another example of “Black Mirror” expanding beyond the realm of traditional television.

The video can be watched in its entirety below.