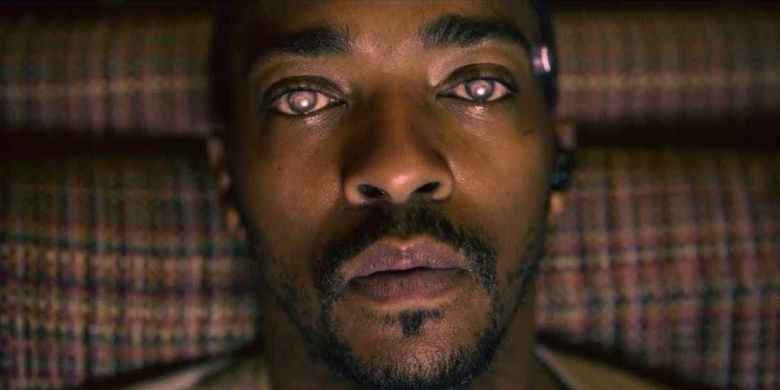 “Black Mirror” Season 5 kicks off with “Striking Vipers,” starring Anthony Mackie and Yahya Abdul-Mateen II as longtime friends who begin a sexual relationship inside of their favorite virtual reality video game. Mackie’s character, Danny, is married and thus questions arise over whether or not having sex in a virtual reality space constitutes as cheating. “Black Mirror” creators Charlie Brooker and Annabel Jones recently spoke to The Daily Beast about the episode, in which the VR video game is a riff on such classic fighting games as “Tekken,” “Mortal Kombat,” and “Street Fighter.”

“One of the starting points [for the episode] was, I had been struck before by the slightly homoerotic nature of those fighting games,” Brooker said. “I loved ‘Tekken’ and used to play ‘Tekken’ religiously in the ’90s—myself and a flatmate used to play it all the time, we’d have miniature tournaments, etc. And I realized one day that our neighbors, because we lived in a small flat in London, the people who lived above us and below us must have thought there was an S&M dungeon operating where we were living, because constantly the air was filled with us screaming, UGH! YES! NO! all day and night.”

The episode has proven to be a polarizing one among television critics. While some have commended the show for tackling the ambiguities of sexual orientation, others have criticized the episode for not exploring the ideas it brings to the table enough. IndieWire television critic Ben Travers gave the episode a C+ review, calling it “oddly narrow-minded in its scope.”

Not even Brooker knows for sure if the virtual reality relationship his characters begin means they are gay. As he told The Daily Beast, “I find it a fascinating one, because I still don’t know where I come down on it. Is it a homosexual relationship? In some ways it is, and in others it absolutely isn’t. It’s really about male friendship and the issues that men may have communicating with each other.”

For Jones, it’s all about a fundamental question to the “Black Mirror” franchise: “How much control we have over our life and how much we’re prepared to be lured by technology, and how much it threatens our relationships.”