Matt Damon and Ben Affleck go back to '90s Charlestown, where the cops were dirty, the criminals blue collar, and the law met them somewhere in the middle. 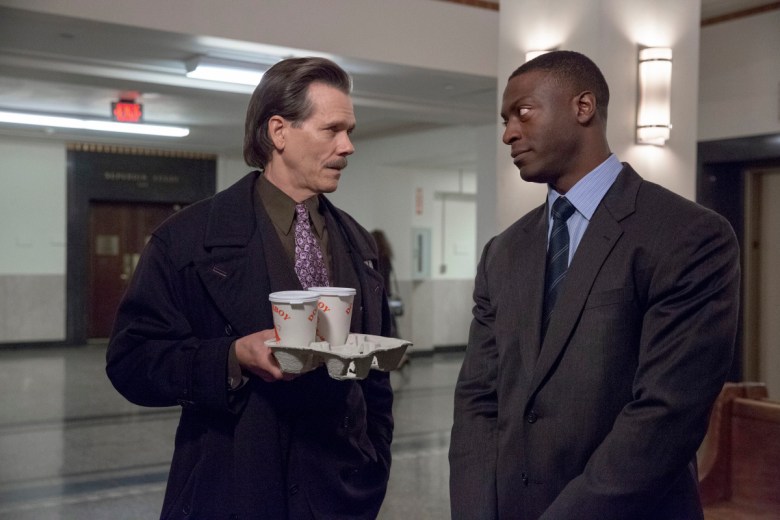 Kevin Bacon and Aldis Hodge in “City on a Hill”

Boston is spilling out of “City on a Hill” like a hot cup of clam chowder in an undercooked bread bowl. Characters don’t just wear Red Sox caps or Celtics T-shirts; they’re sleeping in Charlestown high school crew cuts, 10 years after they (maybe) graduated. Irish Catholicism pervades not only the corrupt cops’ guilty consciences, but the city’s morbid sense of humor. Living rooms are as dark as 5 a.m. mass, the cold bristles through the floorboards of every triple-decker, and the accents, Mary mother of God, the accents. Far from a unified rendition of dropped Rs and hard As, the hodgepodge of messy vowel sounds forms a cacophony of swearing and sarcasm, you’d swear you’d been transported to the Garden during the Bruins’ Stanley Cup Finals match.

These details are extraordinary and come from native Bostonians like executive producers Matt Damon, Ben Affleck, creator Chuck MacLean, and a handful of other townies. Moreover, they support a solid cop drama hellbent on having a good time while exploring the stark realities of past and present, including racism, police misconduct, and a questionable criminal justice system. And while the atmosphere is one of the Showtime series’ most impressive attributes, that attention to detail brings with it another show about a monstrous white man in power and all his ugly shortcomings. So far as you’re ready for that, and your skin is thick enough to take the gruff language, macho posturing, and matter-of-fact violence, “City on a Hill” delivers a throwback TV show still resonant for modern times.

After so many little details are done right, it might surprise you that “City on a Hill” is not recreated from archival footage or otherwise told word-for-word as it happened. Set during the early 1990s, when Boston, Mass. really was rife with corruption, MacLean and showrunner Tom Fontana rejigger a cops and robbers story to illustrate how the city pulled itself out of the marsh, cleaned itself up, and became a shining beacon of law enforcement by decade’s end. What started as a joke derived from JFK, nay, scripture, would soon become a reality: Boston would be a model of trust and responsibility for other cities — a city on a hill.

Enter the screenwriters, who nip and tuck the true story: The citywide clean-up preceding the Boston Miracle all started with two men, instead of a handful: FBI agent Jackie Rohr (Kevin Bacon) and Assistant District Attorney Decourcy Ward (Aldis Hodge). Both men carry mysterious backstories — Jackie talks about watching his mother burn down their childhood home, Decourcy lies about being abused by his father — but the lawman is unapologetically corrupt, and the lawyer is unapologetically principled. They should not fit together, and they don’t — at first. But by the end of the pilot, it’s no spoiler to reveal the two men come together to serve the long-term good. 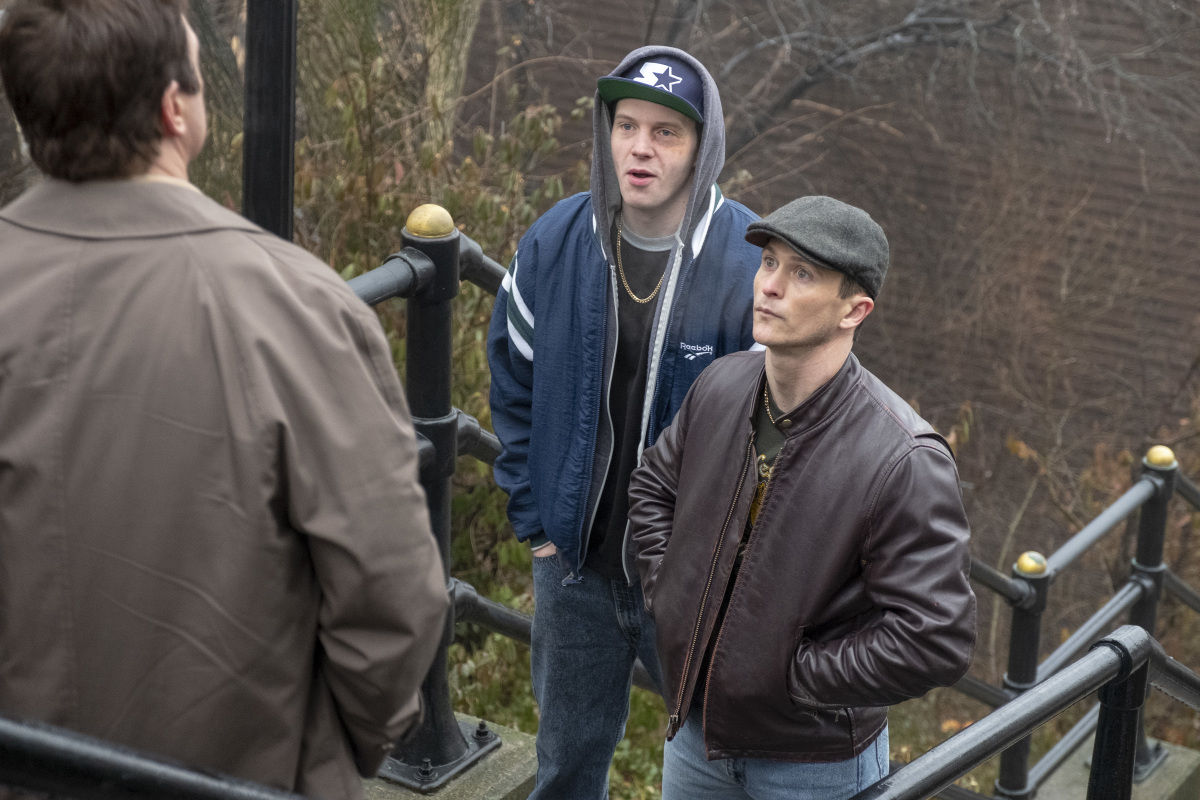 Mark O’Brien and Jonathan Tucker in “City on a Hill”

The third heat, a key to success in any venture per microwave wunderkind Jack Donaghy, is Frankie Ryan (played by “Kingdom” star Jonathan Tucker), a helpful stocker at the local supermarket who also leads armored car robberies with a trusted crew. His latest went a little haywire, as two security guards got out of hand trying to be heroes and ended up in the back bay, despite Frankie’s frustrations with how it all went wrong. You see, Frankie is a father, husband, and devout family man. He’s disciplined in his trade and protective of his way of life. He doesn’t want to hurt anybody, but he will when it’s us or them.

Tucker, in a more restrained turn than his manic MMA fighter in “Kingdom,” brings a lot to the table in a limited role. He’s arguably the second most-decent person onscreen, next to Hodge’s do-gooder D.A., and all that is channeled through posture, demeanor, and restraint. Through just three episodes, the series is already begging for Tucker and Bacon to meet for a devilish charm-off — the cop and the robber, both representing Boston, both broken in more ways than one, and both so damn addictive onscreen you can’t help but fall under their spell.

That goes double for Bacon, given the racial epithets and crass sexism spewing out of his mouth. Jackie is a bad dude who loves being bad — at one point, after threatening to burn someone’s house down, he literally says: “I treat everyone the same way: bad.” He’ll gloat over getting another cop demoted by singing a showtune, or blackmail his mother-in-law into staying quiet about his affairs. And yet, because he’s got a badge and is teamed up with the guy doing the right thing, we’re allowed to root for him. Bacon, with that diamond-sized glint in his eye and smirk so lethal it’s practically a handgun, just makes it that much easier to do so. Hell, he makes it fun, even when it shouldn’t be.

Thankfully, Fontana and MacLean check Jackie’s abrasiveness by infusing moments of self-doubt, self-hatred, and, more importantly, by rounding out the characters around him. His wife, Jenny (Jill Hennessy), starts to come alive in the third episode, standing up to her husband and providing insight into why she’s with him in the first place. Hodge is given enough of a backbone to explain how he tolerates his new partner, while his own arc is fleshed out sans Jackie to deal with not only being a black prosecutor in a white system, but a black prosecutor who’s widely disliked by white cops.

“City on a Hill” can get a little lost in the bureaucracy of what it’s building, but those details are also what keep it grounded. In two or three seasons, the series could easily turn into a messy melodrama where everyone is sleeping with everyone else and even the most steadfast moralist has been broken by the system. But for now, it’s well-balanced and focused on purposeful progress, rather than succumbing to churlish attitudes or salacious material. So go ahead, enjoy the show. “City on a Hill” is working to earn its title, the right way.

“City on a Hill” premiered Saturday, June 8 at the ATX TV Festival in Austin, TX. The series premieres Sunday, June 16 at 9 p.m. ET on Showtime.

This Article is related to: Television and tagged ATX Television Festival, City on a Hill, Showtime, TV Reviews