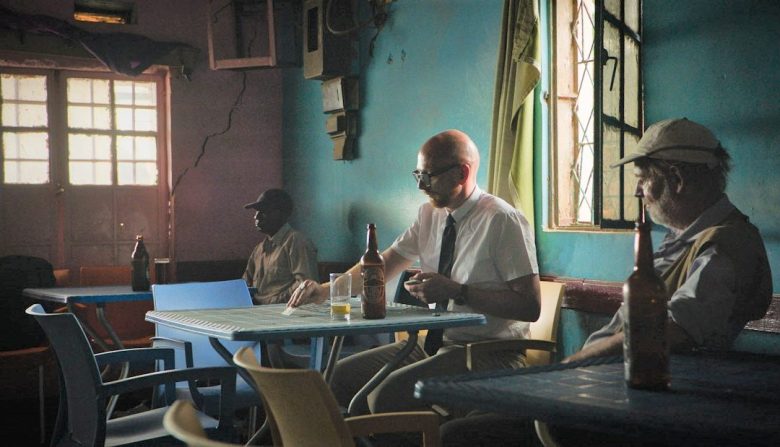 The year was 1961, and United Nations General Secretary Dag Hammarskjöld was under fire for his support of Congo. Rather than appeasing the UN, he was outspoken in his opposition to colonialism. While powerful foreign mining companies had their hearts set on maintaining access to Congo’s mineral resources, Hammarskjöld was unwavering in his commitment to the African nations’ independence.

Then his plane crashed.

The circumstances behind the General Secretary’s sudden death have always been mysterious. It has long been suggested that the crash was a deliberate attempt on his life from one of his deep-pocketed enemies. But as time passed, the unsolved story vanished from the public consciousness.

Filmmaker Mads Brügger is hoping to change that with his new documentary “Cold Case Hammarskjöld.” The film is a methodical investigation of the events surrounding his death, with Brügger making himself the main character of the film. Much like his past films, such as “The Red Chapel,” the director plays the role of showman journalist, combining his search for facts with a desire to cause trouble and entertain. Paired with a Danish private investigator, we watch him fall down the rabbit hole of this rare conspiracy theory that might actually be true.

The film debuted in January at the Sundance Film Festival, where it won the Directing Award for World Cinema Documentary. In his review, IndieWire senior film critic David Ehrlich called it a film “in which the suspense grows so intense that — if a projector malfunctions at a certain moment towards the end of the movie — audiences may actually be incapable of returning to their regular lives without knowing what comes next.”

For many, the film’s dramatic subject matter and real-world implications will be enough to justify Brügger’s glib approach. While Hammarskjöld’s life ended in 1961, the story’s relevance goes far beyond an unsolved murder. If the General Secretary was able to keep fighting African colonization, the continent may be a very different place in 2019. African prosperity could have skyrocketed, and these countries might command more respect in the global power structure.

And that’s to say nothing of the other conspiracy Brügger attempts to unravel during the course of his wild film.

Magnolia Pictures is releasing “Cold Case Hammarskjöld” in theaters on August 16. You can check out the film’s first trailer, available exclusively on IndieWire, below.