Netflix's mind-bending sci-fi series really goes 'round the bend in the finale, setting the stage for an epic conclusion. 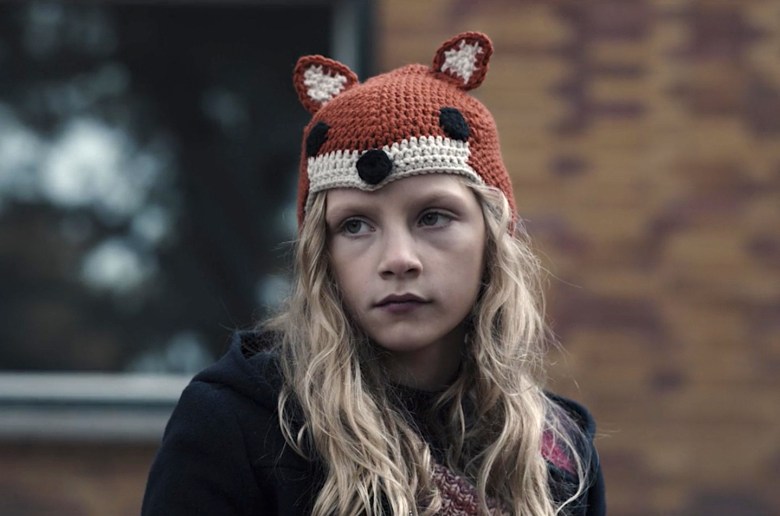 While viewers impatiently wait for the series to return in 2020, here are the biggest questions that will hopefully be addressed. [Editor’s Note: Co-creator Jantje Friese spoke to IndieWire, and she included a few teases for Season 3.]

What World Is Other Martha From? The most obvious answer would be that Badass Martha belongs to an alternate reality or timeline. That would still abide by the rules set up, that this world’s Martha cannot be resurrected, but changes to time can create an entirely alternate universe where those tweaked events are reality. Then again, maybe several alternate universes have always been running parallel to the original “Dark” one with or without tampering.

What Happened to Adam?
The lack of hair and the extent of Adam’s scarring not only has changed the shape, texture, and color of his skin and looks consistent with burns or chemical trauma. He informs Jonas that he looks this way because time travel takes a toll on the human body.

But Claudia Tiedemann is also a frequent traveler and outwardly just appears to have aged normally, which doesn’t explain why Adam looks like he does. Of course, when Old Claudia dies in 1954, the coroner reveals that her body has incredibly high radiation levels. This could be due to exposure to the God Particle or just her job at the nuclear power plant. Then again, if Adam has a room devoted to time travel, and if he’s made more trips than Claudia, then maybe that has had an effect as well. Regardless, it’s likely that Season 3 will uncover the origins of his trauma.

What Happened to Peter Doppler and Regina Tiedemann? Three of the five people who hid in the bunker during the 2020 apocalypse have been accounted for: Claudia became a full-time time traveler, and Noah and Elisabeth had a relationship that resulted in a daughter. But Elisabeth’s father Peter (Stephan Kampwirth) and Claudia’s daughter Regina (Deborah Kaufmann) were both present as well. It’s possible they just lived out their days and died, especially since Regina was already weakened from chemo to treat her breast cancer, but it would be nice to have confirmation either way.

Where Did Adult Jonas Bring Magnus, Franziska, and Bartosz? Adult Jonas knows it’s his destiny to save these three from the apocalypse and therefore uses the time machine that Noah had given Bartosz Tiedemann (Paul Lux). When in time he brings them remains to be seen, although Magnus and Franziska eventually make their way to 1921 as adults to join Adam’s cause. This might indicate a parting of ways for Bartosz since the series hasn’t shown him as an adult yet. How Many Time Travel Devices Are There? At last count, there are six known devices/rooms that are set up as time machines:

Did Charlotte and Elisabeth Travel Through the Wormhole? In Season 1, when Young Helge (Tom Philipp) in 1954 and Jonas in 1986 see each other across the wormhole, they both reach out at the same time and are zapped into another time. Helge ends up in the 1986 bunker, while Jonas finds himself in 2052. In the Season 2 finale, both Charlotte and Elisabeth see each other across the wormhole in the power plant and reach out, but it’s not shown what happens next. If they switch places, that would be a tragedy since Elisabeth had initially escaped the meltdown via the bunker. Then again, it’s possible they went to different times altogether.

Who Did Jana See in the Forest? We’re reviving this from the Season 1 Burning Questions because this still hasn’t been answered. When Mads Nielsen goes missing in 1986, his mother Jana (Tatja Seibt) insists that she saw a figure with a “giant head” in the forest and that there are “things out there our minds won’t comprehend.” Since we know that Helge kidnapped the boys on behalf of Noah, the simplest explanation was that Jana glimpsed him and then her mind played tricks on her perceptions. But the “giant head” part feels so specific that a mere hooded jacket doesn’t seem like that would explain the mistake. Instead, it seems far more likely that she somehow saw a person in one of those yellow hazmat suits or a version of them. 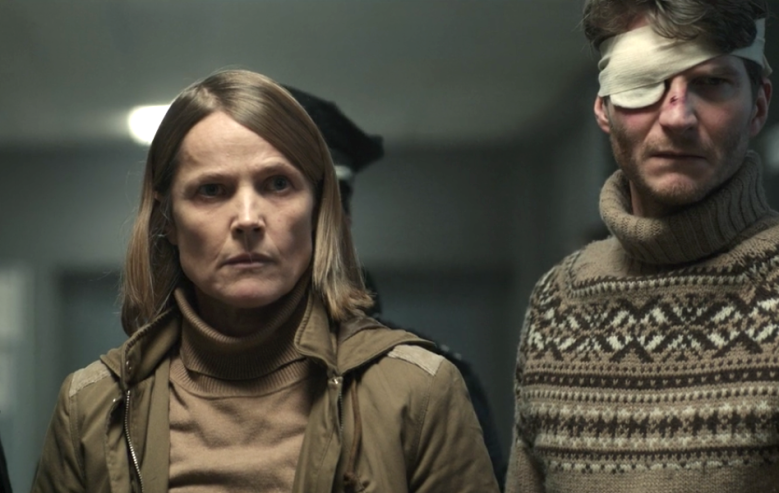 What Happened to Wöller’s Eye? Another resurrected question and a toast to the writers for the many times that Torben Wöller’s (Leopold Hornung) eye was discussed and teased this season, including a moment when he comes thisclose to telling Charlotte what happened before they were interrupted. The only info the show reveals is that the injury occurred the summer before Mikkel disappears.

Who Else Could Be a Surprise Ancestor?
Now that “Dark” has unleashed the Mikkel-Jonas and Charlotte-Elisabeth parental surprises, the show has set the precedent for more surprises now that many more of Winden’s citizens are scattered through time now. The most likely candidates could come from the parents that haven’t been accounted for on the show: Regina’s dad, Tronte’s father/Agnes’ husband, Hannah’s mother, Helge’s possible father since his mother hinted that her husband may not be the father. Plus, there are many more travelers whose futures are unaccounted for currently: Regina, Peter, Hannah, Bartosz, Magnus, Franziska, and Jonas. At this point, viewers would probably not settle for anything less than Hannah being her own mother.

Is Adam Really Jonas?: Hear this out. It’s probably true that Adam is a much older Jonas. He certainly knows everything about teenaged Jonas’ life and what he’s thinking. But a very small part of us feels that the massive scarring could hide another personality under there, one that may have animosity toward Jonas. Bartosz, is that you?

What are your questions and theories?

This Article is related to: Television and tagged Dark, Netflix