Exclusive: During a panel at this weekend's Greenwich Film Festival, differently abled performers gathered to discuss their unique struggles. Watch their discussion here. 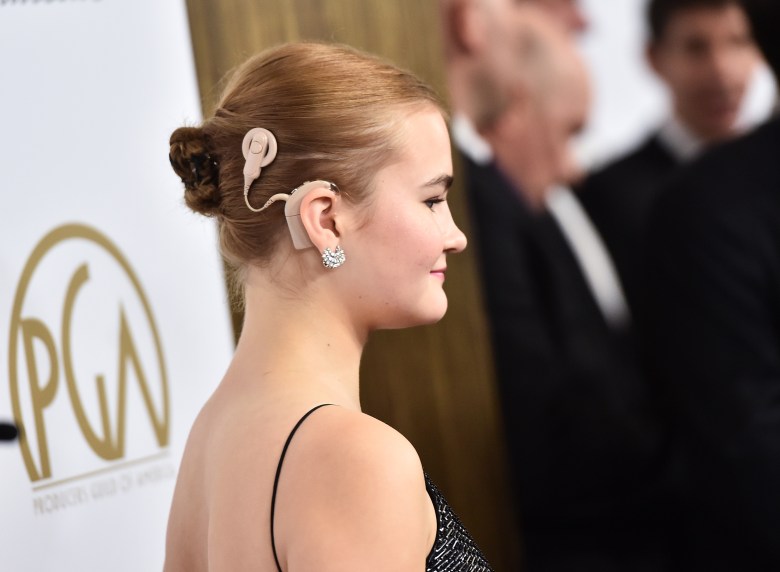 At an event honoring Millicent Simmonds on Saturday, the Greenwich International Film Festival convened a panel to discuss Hollywood’s representation of people with disabilities. Simmonds, a deaf actress known for her roles in “A Quiet Place” and “Wonderstruck,” was receiving the festival’s Make an Impact Award.

The conversation was preceded by a screening of “A Different Script,” a documentary that follows Chris Lopes as he pursues an acting career while living with Down syndrome. Directed by journalists Eva Andersen and Francesca Carter, the film shines a light on the unique struggles faced by disabled performers.

Discussion focused on the disabled community’s relative exclusion from Hollywood’s attempts to diversify itself. In recent years, there has been no shortage of efforts to make Hollywood more inclusive from the perspectives of race, gender, and sexual orientation. But panelists stressed that it’s equally important to embrace differently-abled artists.

Ridge lamented the fact that 95% of disabled television characters are portrayed by able-bodied people. The lack of access to these roles is a massive obstacle for disabled actors. In a world in which “your sense of self worth is created primarily by what you can do for yourself,” Ridge believes that cinema and television can be platforms for disabled people to demonstrate their independence, if they are just given the opportunity.

While the film highlights the experience of disabled actors, viewers were not forgotten either. Panelists also covered the importance of accommodations that make film accessible to everyone. Andersen and Carter were praised for their decision to release “A Different Script” without subtitles, forcing abled moviegoers to experience the difficulty faced by those with hearing impairments.

The panel was in agreement that a two-pronged approach, focusing on both hiring and accessible viewing, is a necessary step toward a truly inclusive entertainment industry. “It is really society’s obligation, and not those with disabilities,” said Glazer.

Check out IndieWire’s exclusive video of the full panel below.