Why did this empowering story of a black woman with superpowers fail to find an audience? 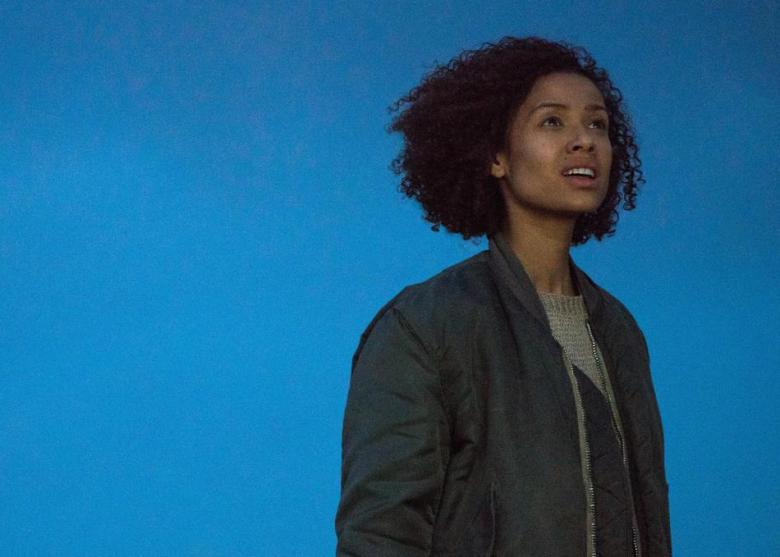 On one level, the failure of “Fast Color” is a simple story: After its world premiere at the 2018 SXSW Film Festival, Julia Hart’s sci-fi drama received strong reviews but struggled to find distribution. In September 2018, Codeblack Films, the African American-focused arm of Lionsgate Entertainment, acquired the title — but in January, Lionsgate ended its Codeblack partnership. That meant cutting the film’s marketing budget, and  “Fast Color” made just $76,916 in its April 19 limited release on 25 screens.

There’s also a deeper and more complex tale about why this film’s earnings potential went virtually untapped. As the movie quietly hit various digital platforms and DVD last week, this missed opportunity is worth a closer look.

The movie stars Gugu Mbatha-Raw as a woman named Ruth, who’s forced to go on the run when her superpowers are discovered. Years after she abandons her family, the only place she returns home. A unique, introspective take on the superhero movie, “Fast Color” centers on an empowering narrative in which three generations of strong black women come to terms with their special abilities. Hart’s film provides a welcome contrast to a genre dominated by white men; the movie delivers a maternal vision of heroism that’s out of this world. In superhero movie lingo, it’s an original story, but more focused on family bonds than any world-shattering event.

There aren’t many sci-fi movies with black leads, much less black women, and “Fast Color” stars three black actresses: Mbatha-Raw, Lorraine Toussaint, and Saniyya Sidney. Prior to the film, Marvel’s “Blade” and “Black Panther” – both male characters – were the only popular black superheroes to star in their own movies. There were aberrations like Robert Townsend’s “Meteor Man” and Will Smith’s “Hancock,” but neither belonged to any popular superhero tradition. And Halle Berry’s 2004 turn as Catwoman was negligible, given that the character wasn’t originally written as a black woman, and the film was a critical and commercial flop.

As the rare motion picture to center black women superheroes, “Fast Color” is immediately distinct. So why did the film fail to draw major distributor interest before Codeblack came to its rescue? It’s a familiar and dispiriting story that falls in line with “black films don’t sell” — the long-standing trope that resists repeated debunking. In fact, the current environment likely couldn’t be better suited and more accommodating for a film like “Fast Color” to find an audience.

It would stand to reason that Lionsgate’s interest in “Fast Color” stemmed in part from the increasing interest in diversity and inclusion. Written and directed by a woman, starring women of color, and exploiting the superhero ethos, it received praise for its visual style, performances, direction, and thought-provoking story. It’s a sci-fi film with more on its mind than spectacle, exploring universal themes that should leave audiences pondering after the end credits roll.

And then there’s the box-office performance of films like Jordan Peele’s “Us.” In February, it became the largest domestic movie opening for a film with a black woman lead (Lupita Nyong’o) — a custom-made marketing hook. There was also 2017’s “Girls Trip,” which was a surprise box-office smash with a $31 million premiere, en route to a worldwide gross of over $140 million — the highest-grossing movie to be written by a black woman (Tracy Oliver).

Ava DuVernay’s “A Wrinkle in Time” saw tepid reviews, but brought in $33 million for its 2018 opening. Performing well relative to their budgets were Taraji P. Henson’s $20 million “What Men Want” ($72 million worldwide) and Issa Rae in “Little” ($48.7 million worldwide). However, “Fast Color” opened with an uninspired marketing effort, and saw its widest release at just 25 theaters throughout its short theatrical run.

Instead, Lionsgate focused its efforts on the $50 million “Hellboy,” which opened the week before. It flopped, opening on over 3,000 screens with a final worldwide gross of just over $21 million.

Even the Kenyan lesbian romantic drama “Rafiki,” released by indie outfit Film Movement, outgrossed Hart’s “Fast Color” in US box office receipts, with an over $130,000 gross. “Fast Color” surely could have done better than its $77,000 gross indicates.

A 2018 study from the Annenberg School for Communication at the University of Pennsylvania concluded that films with black leads can be highly profitable — when they’re marketed to not just black audiences, but all audiences. Additionally, the 2019 Hollywood Diversity Report from UCLA showed that increasingly diverse audiences seek diverse movie content, concluding that “diversity is essential for Hollywood’s bottom line.” According to the Motion Picture Association of America, African Americans began to show up in force at the box office in 2016 as major movies displayed greater diversity in their casting and subject matter: That year, the number of frequent African-American moviegoers nearly doubled to 5.6 million. The MPAA defines frequent moviegoers as people who attend the cinema once a month or more.

All the available data that points to an environment in which “Fast Color” should thrive if put in a position to do so. Meanwhile, uninspired retreads like the third “Hellboy,” the fifth “Shaft,” and the fourth title in the “Men in Black” franchise flop in embarrassing fashion.

When about the “Fast Color” release in an interview with IndieWire this month, the actress said the outcome was out of her hands. “There are all these factors that, as an actor you’re not necessarily in control of,” she said. “You just do your job as an actor and months or years down the line, the film comes out.” However, she expressed optimism about the next phase of the movie’s life. “I think it’s exciting that it’s now coming out on DVD, and will possibly have this whole other life of its own,” she said. “I believe there is interest in the film, which couldn’t have been released at a better time with the dialogue on women’s’ empowerment that has progressed since we shot it. And with the interesting conversation that has been raised around its release, I think that made people even hungrier to see it.”

At least, that’s the hope. Even home video releases need marketing, especially for films that receive minimal exposure in theaters, or none at all. But it’s certainly possible that “Fast Color” will eventually find a larger audience on the home video market, as long as viewers are willing to pay the associated costs. Should it eventually land on subscription-based OTT services like Netflix, that would potentially open it up to even more viewers.

In hindsight, a Netflix release from the start would’ve likely led to better outcomes for the film. Given that the streaming giant boasts over 130 million subscribers worldwide, it’s arguable that more people would’ve seen “Fast Color” if it had been available to them at home in the first place, where a box office gross wouldn’t have determined its success.

Marvel has yet to produce the female equivalent of “Black Panther.” With a sequel to that film currently in development, some fans are hoping it will find room for X-Men’s Storm. In the Marvel comics, the characters eventually become lovers, and it would seem like a logical move for the studio as it seeks to diversify its slate of movies to include more characters of color and female. “Fast Color” may have provided a test case for audience appetite for a movie about a black woman superhero. Instead, we’ll have to wait until the next opportunity. Here’s hoping.