The Italian director was also famed for his work in classic opera, and later went on to become a hardline Italian senator. 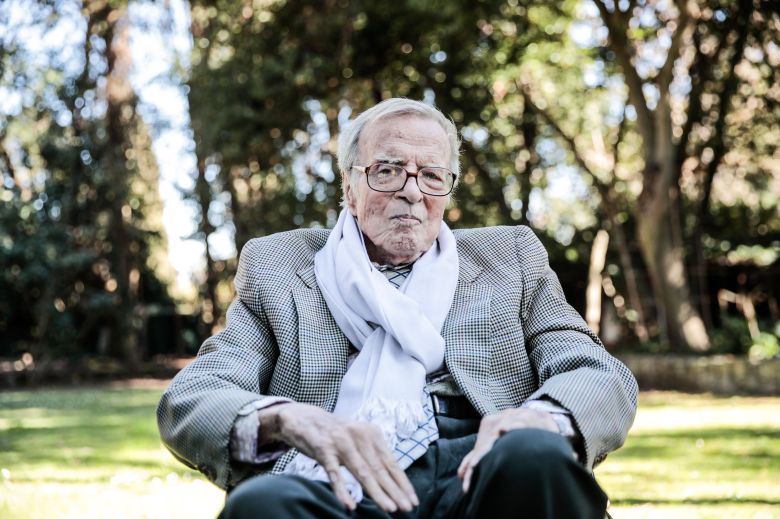 Franco Zeffirelli in February of 2019

Legendary Italian filmmaker Franco Zeffirelli has passed away at the age of 96. His son Luciano told The Sun his father died at home at noon on Saturday. He said, “He had suffered for a while, but he left in a peaceful way.”

The excess-loving Zeffirelli was best known in the states for his work on such lush Shakespearean adaptations as his debut feature, the 1967 take on “The Taming of the Shrew,” starring Elizabeth Taylor and Richard Burton, which he followed with his popular 1968 version of “Romeo and Juliet,” which starred Leonard Whiting and Olivia Hussey and was nominated for Best Director and Best Picture.

Zeffirelli was also an accomplished director and producer of opera, including classics like “Falstaff,” “Tosca,” and “La Traviata,” that he crafted for some of the world’s most lauded opera houses in Milan, New York, and London.

Fittingly enough, his last feature film was the 2002 “Callas Forever,” which dramatized the final days of the legendary opera singer Maria Callas.

Zeffirelli also served as senator for the Italian centre-right Forza Italia party from 1994 to 2001. In November 2004, Zeffirelli was awarded an honorary knighthood by the United Kingdom.

The personal details of his life are as dramatic and outsized as any Shakespearean drama.

Born in Florence in 1923, he was the result of an extramarital affair and was thus not allowed to take his father’s last name. As the New York Times reports, “by one oft-told account Mr. Zeffirelli was named by his mother. In those days in Italy children of purportedly ‘unknown’ fathers were assigned surnames starting with a different letter each year. He was born in the year of Z. His mother chose Zeffiretti, drawing on a word, meaning little breezes, heard in an aria in Mozart’s opera ‘Cosi fan tutti.’ A transcription error, however, rendered it Zeffirelli.'”

After being moved between family members during his youth, he later studied architecture at the University of Florence, before joining Communist partisan forces during World War II. He was eventually captured by Fascist forces and was reportedly “saved from the firing squad when his interrogator miraculously turned out to be a half brother whom he had never known.”

Later, he joined a passionate working and romantic relationship with fellow director Luchino Visconti, which ended in heartbreak for both men.

He is survived by his two sons, Giuseppe (known as Pippo) and Luciano, both of whom he adopted when they were adults and after working together.

This Article is related to: Film and tagged Franco Zeffirelli, Obituaries