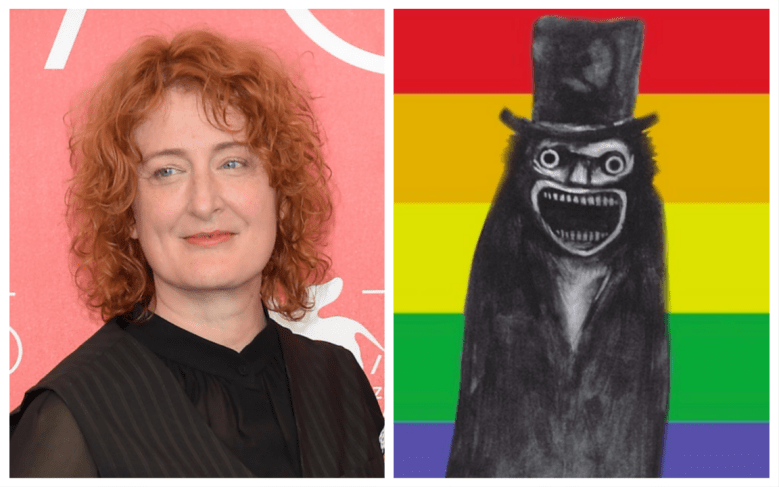 Earlier this month, distributor IFC Films announced it was partnering with Shout Factory for a gay pride limited edition Blu-ray release of “The Babadook,” considered one of the best horror films of the decade since its debut at the 2014 Sundance Film Festival. The special release is debuting this June in celebration of gay pride month and a portion of all proceeds will be donated to the Los Angeles LGBT Center. While Australian director Jennifer Kent may have moved on, (she’s currently promoting her new movie, “The Nightingale”), LGBT fans of “The Babadook” are keeping his memory alive.

“I’m still trying to work that one out… It’s quite perplexing,” Kent recently told EW about the status of her creation as a queer icon. “I feel it’s really quite beautiful, but I still have no idea why. … I mean, I kind of do.”

“The Babadook” stars Essie Davis as a single mother haunted by the violent death of her husband. The mother’s troubled son (Noah Wiseman) begins experiencing visions of a monster lurking in their house, and it’s not long before his fear becomes her fear as a sinister boogeyman begins haunting them both. IFC Films originally opened “The Babadook” in November 2014, where it grossed over $7 million on a $2 million budget.

In the intervening years, the film has become a surprise queer classic. It all started when the eponymous boogeyman started popping up at gay pride events in 2017, often accompanied by the phrase “babashook.” The internet turned images of the Babadook at pride events into a full blown meme, and the rest was history. But what exactly was it that made queer audiences identify with the slumping, shadowy monster?

“I guess he’s an outsider of sorts,” Kent said. “It’s funny. It’s charming, I think, that the gay community has latched onto it. It’s really sweet. He’s trying to prolong his life, he’s trying to stay relevant.”

Kent also admitted that she has her own copy of the pride limited edition Blu-ray release, which she proudly displays.

“I got one in the mail,” she said. “It’s got pride of place on my bookshelf.”

This Article is related to: Film and tagged Jennifer Kent, The Babadook