The surprise announcement came at an FYC event on Friday night. 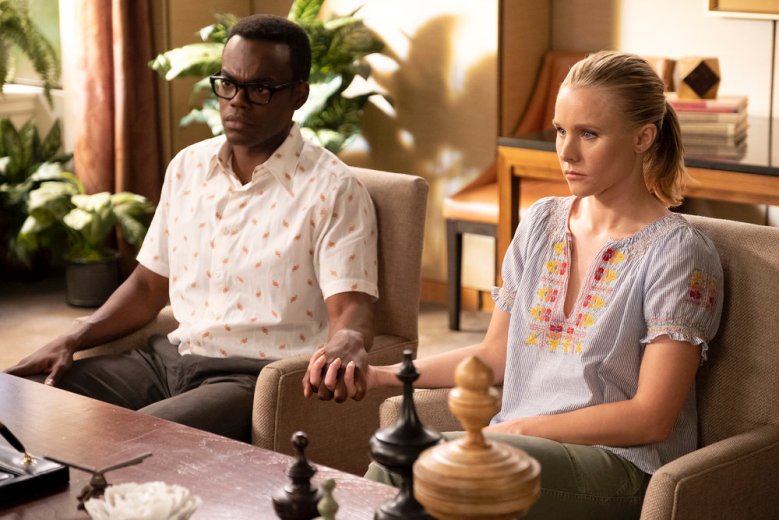 William Jackson Harper and Kristen Bell in “The Good Place”

Insert your curse replacement of choice: This fall’s Season 4 of “The Good Place” will end the show’s run on NBC.

Creator Michael Schur revealed at a For Your Consideration event on Friday night in Los Angeles that the decision mostly came from not wanting to outrun its own ability to tell the story of Eleanor (Kristen Bell), Chidi (William Jackson Harper), Michael (Ted Danson), Tahani (Jameela Jamil), Jason (Manny Jacinto), and Janet (D’Arcy Carden).

“I began to feel like four seasons, just over 50 episodes, was the right lifespan. At times over the past few years we’ve been tempted to go beyond four seasons, but mostly because making this show is a rare, creatively fulfilling joy, and at the end of the day, we don’t want to tread water just because the water is so warm and pleasant. As such, the upcoming fourth season will be our last,” Schur said.

Speaking to a gathered crowd at the Wolf Theatre at the Saban Media Center in North Hollywood, Schur and the cast took the opportunity to pair the news with an appreciation of the people who made the series possible from the beginning.

That public acknowledgment mirrors what the series’ creator (who was also instrumental in bringing fellow NBC comedy “Parks and Recreation” to life) told IndieWire in advance of the Season 3 finale earlier this year.

“I don’t want to ever suggest the way I do TV or the way my fellow writers do it or the way we’ve done it in the past is better or worse than any other way,” Schur said at the time. “I really don’t think that.”

Still, with the events of that last Season 3 episode, the show has once again reinvented itself, setting the table for another set of episodes that reconfigure how the show’s central characters interact with each other. As one of those pivotal characters, Carden explained how the cast all found out the show’s fate together.

Regardless of what’s in store, the new season is expected to premiere on NBC sometime in the fall.

This Article is related to: Television and tagged Michael Schur, NBC, The Good Place