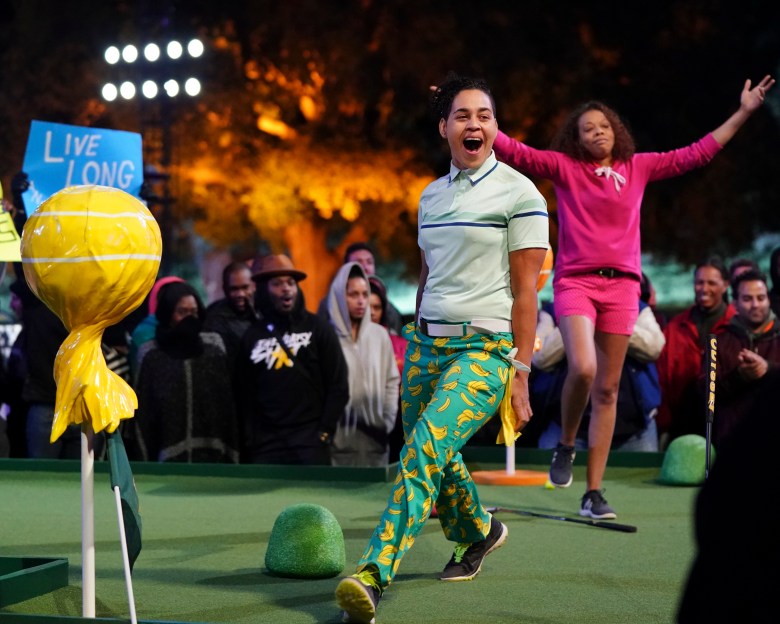 When future generations of TV fans look back on this era of the medium, whatever preferred method of record-keeping of the times will reflect that there was once a primetime series on the American Broadcasting Corporation that revolved around competitive mini-golf. Its existence alone is an unabashed novelty, but even beyond the absurdity of giving this a summer lineup slot, there’s one twist: It has the potential to be a ton of fun.

Thursday night’s debut episode may be a proof of concept of sorts to an American viewing public. But if this is coming mere months after a show that featured Tori Spelling dressed up in a unicorn outfit singing sub-mediocre renditions of Britney Spears lit up the ratings charts, there’s no reason “Holey Moley” can’t survive on its own merits. A mutated, supercharged version of a water park putt-putt course, it’s the most recent version of an ABC competition show that prizes the journey more than the destination.

Before hitting the final round, where a trio of competitors vie for glory on the same hole, the one-on-one matchups almost feel incidental to the show itself. It’s about introducing a lineup of participants who exist at the intersection between “American Ninja Warrior” and “Let’s Make a Deal.” (Or, more succinctly, one player in the premiere episode is one step removed from a grinning WWE heel.)

It’s the show’s solution to the inherent problem of golf: Without a clock and in a sport with one competitor at a time, how do you build the tension of a one-on-one race? Aside from doubling down on biographical details of the people playing, you swap a golf course for a mammoth obstacle one. The relative difficulty of each hole seems arbitrary — the biggest challenge of one is relinquishing a second shot to a pair of special guests, while one wallops a contestant with enough force to send her flying the length of a difficult eagle putt. 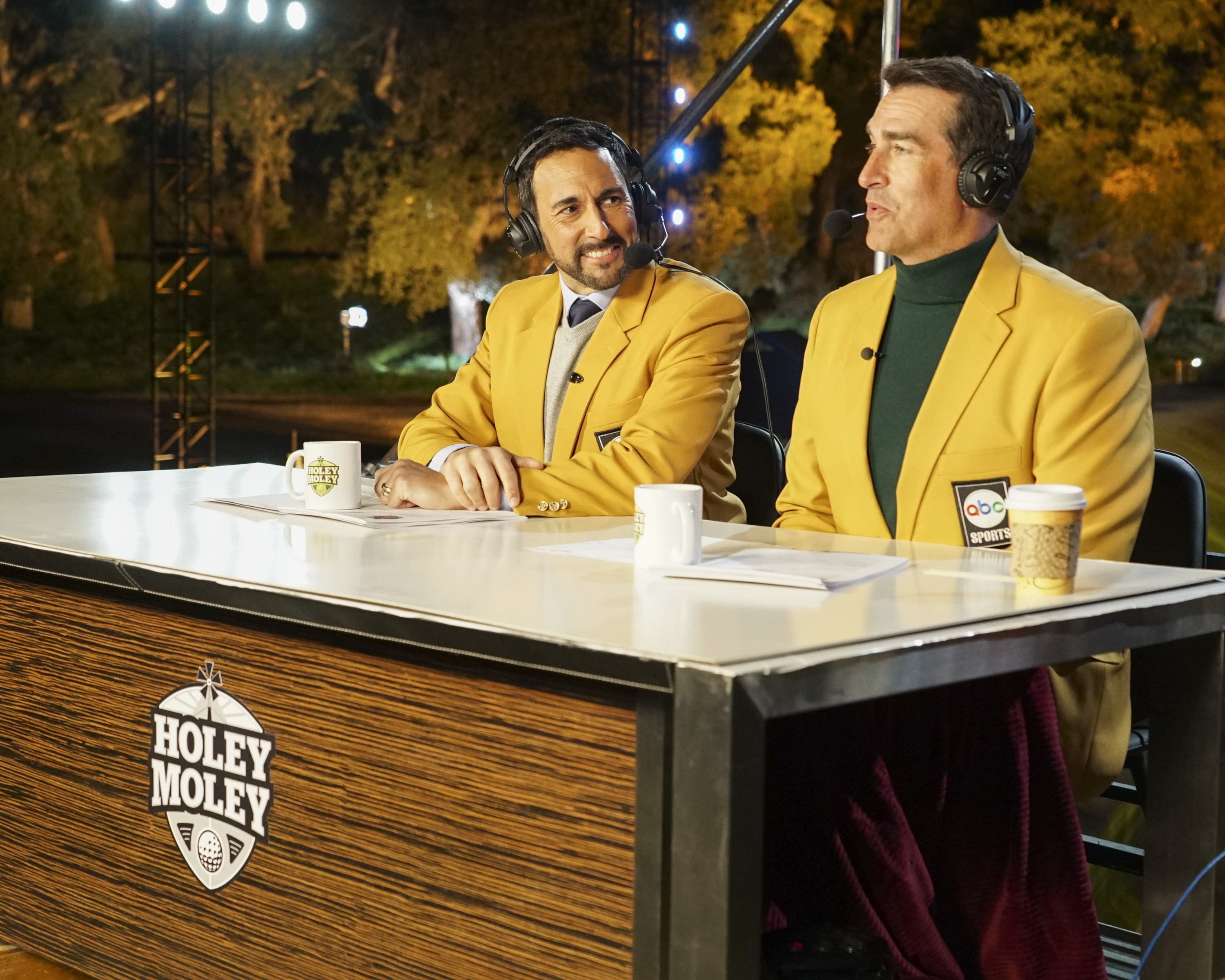 That latter kind of obstacle of course brings to mind the indiscriminate physical dangers of “Wipeout” (the example of this kind of breezy, primetime diversion that all successors strive and fail to equal). Another ABC program, “Wipeout” became an eminently watchable (and repeatable) formula because it found the sweet spot between a propulsive parade of on-screen action and giving its commentators enough self-aware material to keep things going. Drawing on the same sportscaster DNA, this time around finds “Monday Night Football” play-by-play man Joe Tessitore filling the same role here. The banter with Rob Riggle is more in-the-moment reaction than honed in post — it’s an area the show has room to improve upon. (Riggle is a pleasant presence, but maybe it’s time to lay off the head trauma jokes.)

There’s also a slight imbalance in the ratio of actual mini-golf playing to all the surrounding trappings. “Holey Moley” doesn’t need to be as meticulous in showing as much action as a major golf championship, but even in an hour episode, there’s an awful lot of glossing over results and eliminating footage of entire contestants. Such is the challenge of reality TV, but there’s room for embracing the full wackiness of these ice-covered and giant loop monstrosities.

But even as there are possible tweaks to be made, “Holey Moley” is built on a fun foundation. (Fundation?) The show has picked out a group of contestants that know the blend of competitive and carefree that works best for a high-stakes mini-golf competition. There’s a playfulness in the way that the first episode downplays the cash prize and hypes up the Masters-esque jacket that goes to each winner. And there a few goofy details in the construction of the course itself (like the handle of the inexplicable zipline being an actual golf club) that point to a show that’s more concerned with giving people a good time than determining true athletic prowess.

So, when faced with the unscripted alternatives this summer, “Holey Moley” seems like the ideal TV background noise for forgetting the outside world and focusing on two humans trying to get past physical hurdles that decidedly do not exist in nature. Like a prestige TV show based on acclaimed novel, it has the advantage of working from some top-tier source material. Nothing’s better than a summer evening round on a mini-golf course, but in time, this might get pretty close.

This Article is related to: Television and tagged ABC, Holey Moley, Rob Riggle