The massive retail chain drew on their inventory to recreate the interiors of houses and apartments from "Stranger Things" and "Friends" as well. 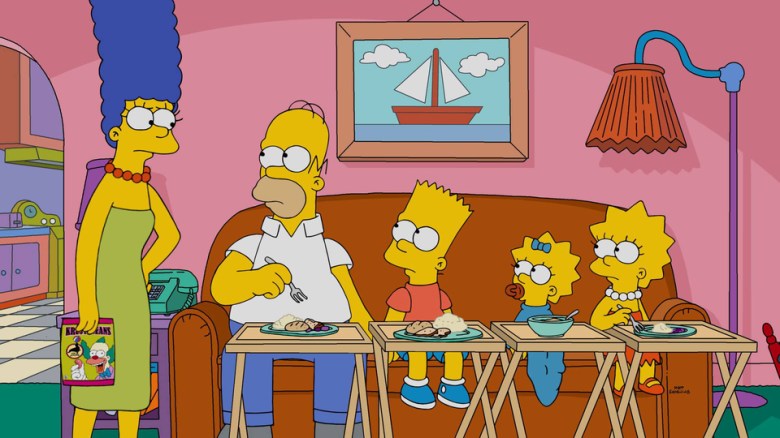 One way to measure a TV show’s cultural impact is to see how quickly people can connect it to a random collection of objects. Now, a series of IKEA ads place its cheap-and-cheerful furnishings inside the recognizable homes of “The Simpsons,” “Friends,” and “Stranger Things.”

According to AdAge, the ads were created for IKEA’s efforts in the United Arab Emirates, with agency Publicis Spain creating a set of looks that could be largely crafted from existing IKEA inventory. After all, what attempt at a spooky, Netflix-inspired space would be complete without some Solvinden (LED lights) to communicate with someone trapped in the Upside Down? Everyone knows that the key to Monica’s apartment was a Majalisa cushion cover. And no Springfield family would be able to function in front of their TV without a purple, painted Tyssedal (bedside table) within arm’s reach.

These ads, which don’t mention the shows by name, list each item in dirham — the UAE’s currency — but based on the prices in the ads and approximate exchange rates, the full “The Simpsons” set will set you back about $711, while the many trinkets involved in making the “Stranger Things” ouija wall come to life collectively cost around $1528. In true “things on ‘Friends’ not costing nearly as much on the show as they actually do in New York City” fashion, the lofted-ceiling interior look splits the difference right around $1000. (For those not wanting to go full animated aesthetic, that “Simpsons” woven floor rug seems like a pretty good deal at $13.)

While these ads to quickly conjure up some of TV’s most memorable living rooms, much of the effect is driven by creative painting and wallpaper choices to go along with the assorted IKEA doodads. Some of the Byers’ floral print or a few more cans of pink, green, or purple Behandla (paint) will be a little extra on top of this. At the very least, the IKEA website gives you a chance to track your progress.

This Article is related to: Television and tagged Friends, Stranger Things, The Simpsons