The star, creator, and cast came together for "Tremors: The Pilot Presentation," sharing footage and plans for the passed-over SyFy series. 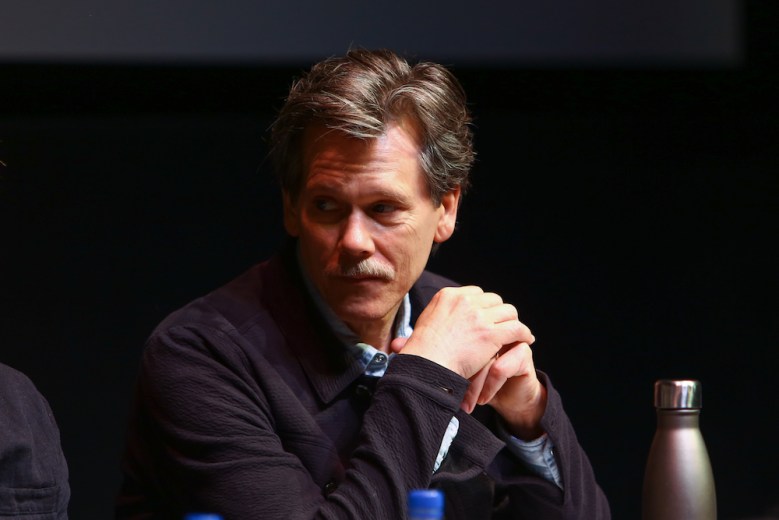 The “Tremors” TV series started with Kevin Bacon, and it may have ended with him on Saturday. The star of the 1990 film joined the cast and producers at the ATX Television Festival to share never-before-seen footage of the pilot and explain where the show would’ve gone had it been picked up to series.

“I had the idea to revisit this character,” Bacon told the crowd gathered in Austin. “It’s pretty much the only character I’d ever played in a movie that I ever thought, ‘This would be a fun guy to check out 25 years later — just because he was such a mess. Finding out what happened to him post-worms would be an interesting journey.”

Moreover, Bacon said his memories of “Tremors” — even after it became a cult favorite — were tainted by its initial performance.

“Why I had a bad taste in my mouth was [because] it was not a hit. It was kind of a bomb,” Bacon said. “It was not easy to market. Scary-funny is hard [to sell, as a genre]. […] Universal for whatever reason just wasn’t able to hook it.”

Continuing the story of Ron Underwood’s original film — which tracked citizens of a small, isolated town as they defended themselves against giant, underground, worm-like creatures — the pilot has been in development since 2015. Syfy optioned the pilot in 2017 before it stalled out at the network.

Andrew Miller, who wrote the pilot and was set to serve as executive producer and showrunner on the series, said during the panel there were no plans to take the series forward at this point. But speaking exclusively to IndieWire, Bacon said “stranger things have happened.”

“If someone wanted it, they could have it,” Bacon said. “You hear about these things: People get pushed out or canceled, and other networks pick things up.”

Bacon acknowledged that passed over pilots are harder to save, but noted that the producers were still supportive of the project. “What we have is Blumhouse — they love it,” he said. “Universal Cable Productions, they love it. No problem there. It’s just that there would have to be a different distributor.”

Fans and everyone else in attendance for the pilot presentation were treated to a world of potential — and more than few clever ideas. Per Bacon’s retelling during the panel, the actor took the project to Jason Blum at Blumhouse Productions, who considered making a film version before shifting their focus to television.

“So I started to talk to various writers, and at first, I thought this was a terrible idea to do this as a series, and then I talked to Andrew [Miller] and thought it was a great idea to do this for TV,” Bacon said.

In discussing his approach to the pilot, Miller said he thought the series provided the perfect opportunity to reframe Hollywood’s obsession with nostalgia.

“I feel, to some degree, that nostalgia is like a drug and you get so high on it you don’t realize you’re screwed,” he said. “The more you fixate on the rearview mirror, the less likely you are to see the pot holes you’re driving over.”

With that in mind, Miller shaped a modern story set 25 years after the original film (and ignoring any events from the less-beloved sequels) where Bacon’s lead character, Val McKee, became a national hero for his efforts to kill all the graboids (worms) in his small town. His fame, however, was short-lived, and Val couldn’t help but cling to it too long — alienating his wife and daughter, while turning to alcohol for comfort. 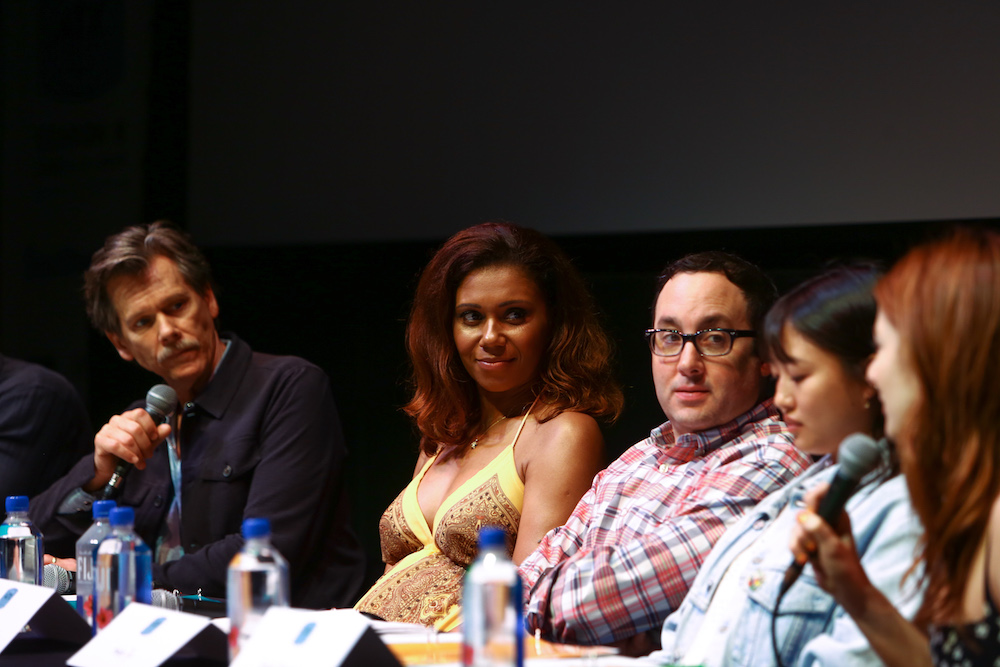 “[Val] was a nobody in this little town and then thrust onto the national stage,” Miller said. “[I wanted to] turn him into a ‘90s heartthrob and then take it away.”

In terms of returning to the role, Bacon said he always understood who Val was, but still had to re-watch the film to get ready and make adjustments due to how long it had been.

“He’s not really a genius,” Bacon said, laughing. “He’s an ordinary man in an extraordinary situation. The idea that his life had been thrown back into the ordinary and he’s still trying to dream of past glory was interesting. […]  A lot of people my age can relate to [that]. Even me — I had my day in the sun.”

Bacon, Miller, fellow producer Jessica Rhodes, and the rest of the cast, P.J. Byrne, Toks Olagundoye, Haley Tju, and Emily Tremaine took part in the script reading and Q&A. The actors and creator read the pilot episode live, with selected stopping points throughout to play clips from the pilot.

The episode started with Val (Bacon) driving through the desert and pulling over to relieve himself. Before he can, there’s a rumble underfoot and the familiar terror from decades prior seizes him — but it’s only groundhogs… right? As he drives away, the camera shows one of the little animals being sucked underground, and the series’ title shakes clear in the dirt.

From there, Val’s paranoia only increases as he tells the townsfolk the graboids are returning. Clouding matters is the return of his daughter (Emily Tremaine), who’s been studying in New York for the past four years. Val thinks she’s going to move back home now that she’s done, but she’s planning to travel to Greenland instead, for an internship.

Val is supportive but obviously shaken. But before things can get too serious, the graboids show up in force — invited by a “hippie”-esque group of desert dwellers who’ve been secretly worshipping the underground monsters for years. Their leader forces Val to sing and dance as a sacrifice to the monster, but when the graboid shows up, it pops out of the ground and uses some form of gas to paralyze the hippie leader. Before the rest of the clan can escape, they’re surrounded by graboids on all sides — and that’s where the pilot ends.

Miller said the whole first season was going to take place over 72 hours. They had plans to bring back Earl, Fred Ward’s co-lead from the original movie, before season’s end, and they had also planned on a silent episode where the characters were just trying to cross from one side of the street to the other. There were secret underground experiments, the evolution of the monsters, and more side stories to explore, as well.

“It’s a tricky tone, but if you just watch Kevin, you’ll get the tone,” Miller said. “[His performance] is a remarkable thing to just watch — balancing pain, pathos, goofiness, and comedy at the same time. Just make everything look like the way he’s acting. It has to be real, like Kevin is, but also fun, like Kevin is.”

Bacon is now a series regular on Showtime’s drama series “City on a Hill,” which made its world premiere Saturday night at the ATX Television Festival. For more from the fest, please keep checking IndieWire.