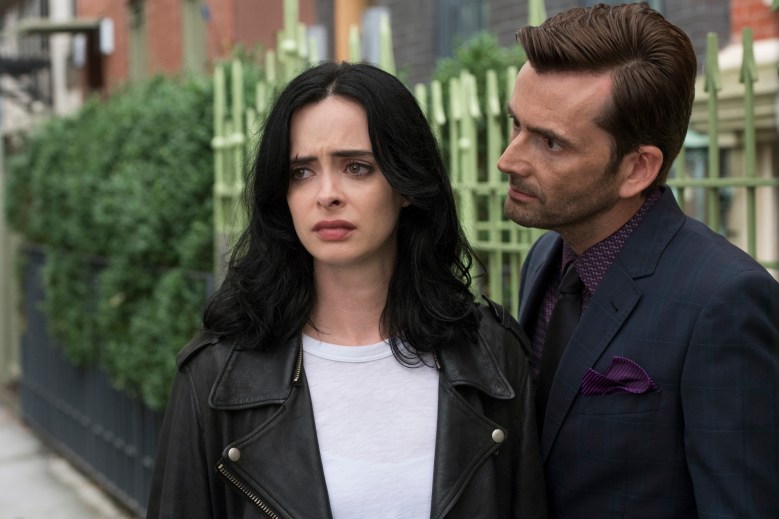 Netflix debuted the final season of “Jessica Jones” on June 14 and with it said goodbye to its long-running Marvel franchises. The streaming giant pulled the plug on every Netflix-Marvel series over the last several months, including “Daredevil,” “The Punisher,” “Iron Fist,” and “Luke Cage.” Many fans have been wondering if these shows or characters might live on, perhaps on Disney’s upcoming streaming platform Disney+, but “Jessica Jones” star Krysten Ritter says that probably won’t be the case for her superhero.

“Do I think I’ll play her again? I don’t think so,” Ritter told TVLine. “I feel like I’ve played her, you know? I feel really good about it. I feel good about closing the door.”

“Jessica Jones” showrunner Melissa Rosenberg expressed a similar thought, telling TVLine, “I feel like this is a really complete, closed chapter. I mean, never say never. But I feel ready to tell all new stories.”

As IndieWire reported earlier this year, the agreement between Netflix and Marvel says that new projects featuring the likes of Jessica Jones, Daredevil, and more can’t even start to be developed until two years after cancellation. The deal means a potential “Jessica Jones” revival would not even start development until 2021 at the earliest. The agreement does leave the door open for Krysten Ritter to return as Jessica Jones, but it doesn’t sound like the actress will be interested in returning. Ritter debuted as Jessica Jones in November 2015.

Unlike Ritter, “Daredevil” star Charlie Cox has been more vocal about wanting to play the superhero again down the line. “Oh my God, yeah,” the actor told Entertainment Weekly last December. “I don’t know how this would happen, but maybe one day we could pick up the baton and do it again.”

“Daredevil” released its third and now final season last October on Netflix. The streaming giant canceled the series at the end of November, which came as a big shock to fans. The “Daredevil” series was Netflix and Marvel’s flagship and pulling the plug (especially after a creative bump in Season 3) spelled doom for “Jessica Jones,” perhaps the most acclaimed of the Netflix-Marvel series. Netflix dropped the ax on “Jessica Jones” at the beginning of 2019.

All three seasons of “Jessica Jones” are now streaming on Netflix.

This Article is related to: Television and tagged jessica jones, Krysten Ritter