The appearance was widely expected by "Star Wars" fans but has now been confirmed by the franchise icon. 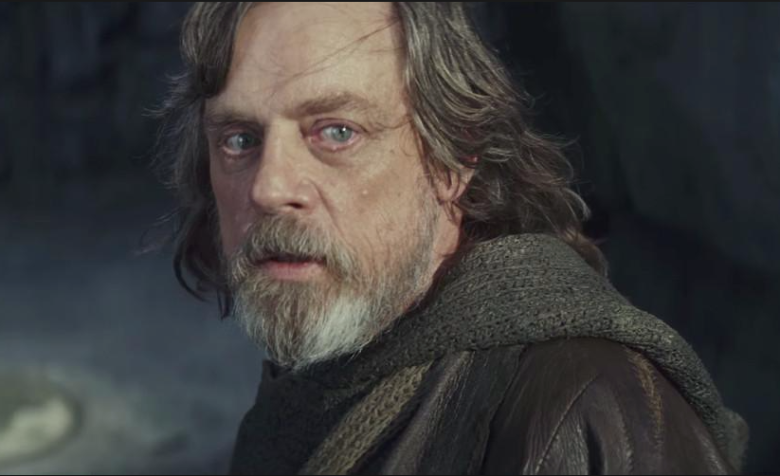 “Star Wars” fans better get ready to see their beloved Luke Skywalker as a Force ghost in the upcoming “Star Wars: The Rise of Skywalker.” Speaking to the Associated Press on the “Child’s Play” red carpet (see video below), the actor confirmed his appearance in the upcoming “Star Wars” movie will be as a Force ghost in what he calls “a curtain call.” The quote suggests Hamill’s screen time is limited in “Rise of Skywalker.”

“I sure hope this [is my last “Star Wars”],” Hamill said. “I had closure in the last one. The fact that I’m involved in any capacity is only because of that peculiar aspect of the ‘Star Wars’ mythology where if you’re a Jedi, you get to come back and make a curtain call as a Force ghost.”

Luke Skywalker sacrificed himself to save the remaining Resistance members at the end of “Star Wars: The Last Jedi.” Hamill’s name was a surprise inclusion when Lucasfilm announced the full cast for “The Rise of Skywalker.” Many “Star Wars” fans have suspected Luke’s appearance in the new movie would be limited to a Force ghost role considering the character’s death, and now Hamill has outright confirmed the speculation.

Hamill’s “curtain call” line also appears to go against any theory proclaiming the movie’s title, “Rise of Skywalker,” has to do with Luke being resurrected and joining the Resistance again. Fans will most likely see Luke pop up as a Force ghost for either Rey (Daisey Ridley) and/or Kylo Ren (Adam Driver). The latter is the son of Leia and Han Solo, which means the title could refer to his rise from villain to hero. Other fans, like director Kevin Smith, predict the title refers to “Skywalker” becoming the new term for a generation of new Jedi.

Disney is releasing “Star Wars: The Rise of Skywalker” in theaters nationwide December 20. Hamill can be seen on the big screen starting June 21 as the voice of Chucky in Orion Pictures’ horror reboot “Child’s Play.”

HAMILL’S LAST HOPE: #MarkHamill (@HamillHimself) is hoping to retire from his Jedi job in @StarWars’ next installment #RiseOfSkywalker pic.twitter.com/Kvdb53Sw31

This Article is related to: Film and tagged Mark Hamill, Star Wars: The Rise of Skywalker