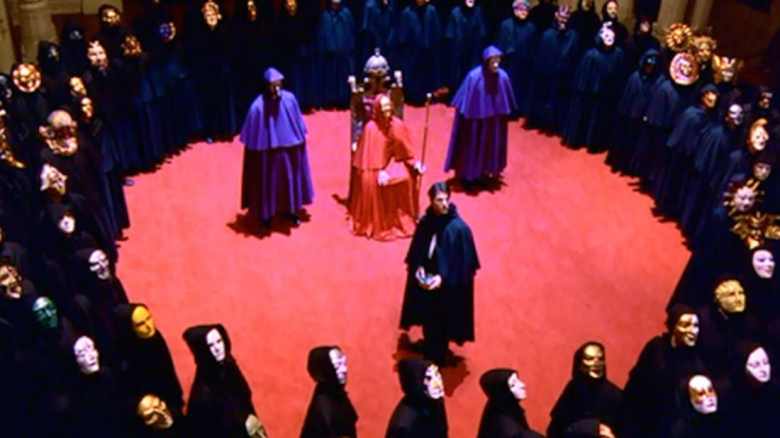 “It used a vocal sampled from another earlier recording. The vocalist had been improvising and had used some words from the ‘Bhagavad Gita,'” Pook said. “Some in the Hindu community happened to notice those few words, and it became a bit of a media frenzy. In the end, the Kubrick family felt rather uncomfortable about it, and they recalled all the films and I had to rerecord it again with a different vocal. It was an expensive mess-up.”

Head over to Vulture to read the “Eyes Wide Shut” oral history in its entirety.