The filmmaker spoke to IndieWire about why his Amazon series isn't being released like a typical TV show — because it's a film. Kind of. 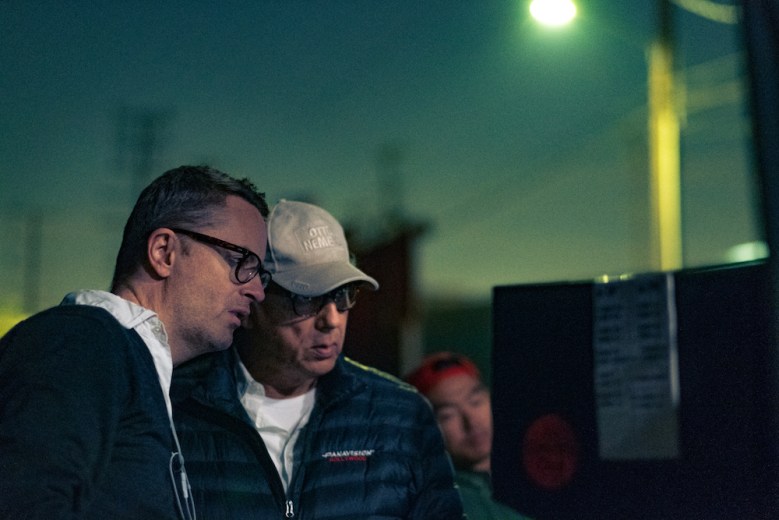 When “Too Old to Die Young” premiered at the Cannes Film Festival, it screened out of competition as a 138-minute feature, but when the same footage hits Amazon on Friday, it will be as two episodes in a 13-hour limited series. At Cannes, the end credits in “North of Hollywood” were cut out, as were the titles that open the next episode, “West of Hell.” It looked like a movie, even if it lacked a definitive ending, and that’s exactly how director and co-writer Nicolas Winding Refn wanted his latest project, a hitman saga, to be seen.

“[Cannes] is the highest epitome of film as a cultural artistic expression,” Refn told IndieWire, jumping between calling “Too Old to Die Young” a “show” and a “film,” despite insisting it’s the latter. “And, for the first time, the festival basically embraced the idea that streaming co-exists now. The only difference is that they couldn’t legally put me in competition, but they gave us everything else that you would give a film. That was probably the most exciting thing about being in Cannes this year — it was the future.”

Refn sees his latest foray the same way. Though plenty of TV writers insist their seasons are actually 10-hour films, Refn isn’t trying to be snobby when he claims the same about “Too Old to Die Young” (despite embodying the pretentious spirit of certain auteurs). It’s not a TV show, and while he’s more willing to see it as a film, it’s not really that either — it’s streaming, which, in one form or another, is the future.

“What’s interesting about streaming for me — because television is dead as a doornail — but streaming is like a whole new opportunity,” he said. “And if it’s a different concept, in a way, because it’s uncontrollable. You just log on [and] log off. It’s a coexistence now. Episodic television was designed when television was once a week on an analog channel. Why do we still retain the same narrative and constructions from a time that doesn’t even exist?”

It’s with this mentality that he presented his 13-hour series in a two-hour chunk. While that may have been a matter of course at a film festival like Cannes, Refn didn’t change his approach when providing screeners for TV critics. Anyone looking to review “Too Old to Die Young” was given the same two episodes (credits included) — only the episodes provided are actually the fourth and fifth episodes in the 10-episode series, a deviation from the norm that’s flummoxed a few reviewers. Why did he want critics, not to mention the audience at Cannes, to start in the middle?

“It’s how my kids watch entertainment. They’ll find something and they’ll drop in. If it interests them, they’ll stay,” Refn said. “Plus it was a great way just to get into the heart of the show. I’m an entertainer, at the end of the day — I’m here to give you a spectacle.”

Refn insisted that streaming has spawned new viewing habits. He said there’s an old mentality based in how entertainment used to be consumed, and a new mentality — “which my kids are a part of, like almost Elle Fanning and downwards” — that’s “more sophisticated and more intuitive. They look at the Internet as a kind of coexistence; like it’s like a beam around them that they’ll just drop in and drop out of.”

So if viewers are expected to drop in and out of “Too Old to Die Young” at their leisure, and it doesn’t matter if they start at the beginning or in the middle, how would Refn feel if an audience member liked what they saw, but only watched 30 minutes of his 13-hour series? What if that was enough for them?

“I would say, appreciate the experience. Thirteen hours is a long time in someone’s life.” 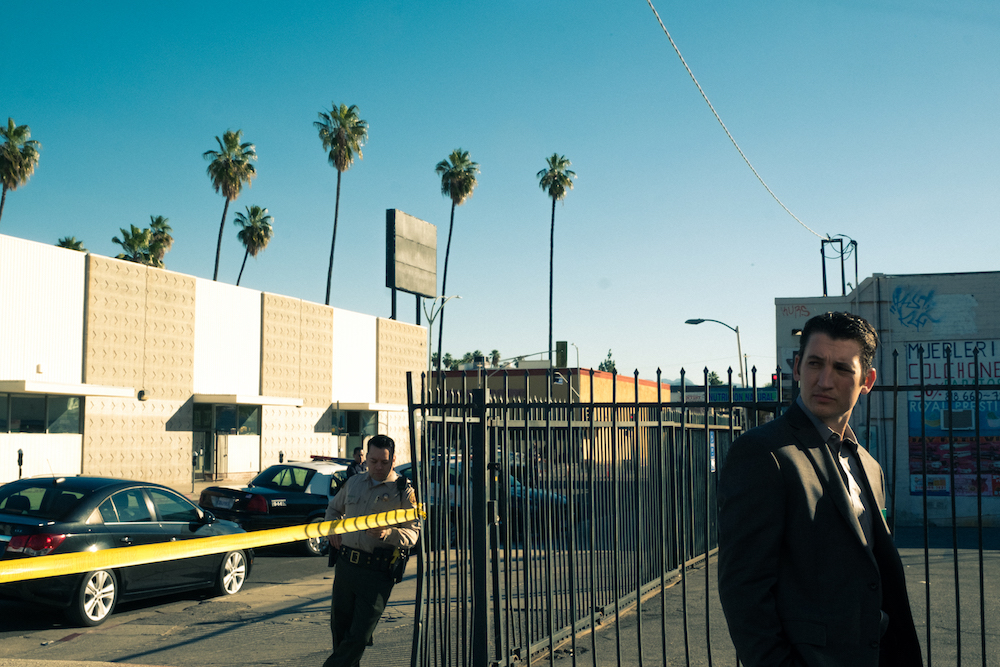 Miles Teller in “Too Old to Die Young”

And time is something Refn appreciates. It’s what drew Refn to the project in the first place. He asked himself what he couldn’t do with a typical, theatrically-released film, and his answer was, “Well, I can’t make a 13-hour movie.” In the production notes, he took it a step further, asking, “What would Fritz Lang do if he was alive today?”

“Ironically, it’s what the silent filmmakers started out with because they had no limitations at the dawn of film,” he said. “No one knew what [film] essentially was. The idea of constraint or length hadn’t been programmed. And so what’s interesting about streaming is […] it’s like almost a dawn of a new ability; a new way to paint or write, whatever you want to do, essentially. Streaming is not only movies or TV — it’s also music, it’s installations, it’s literature, it’s poetry — everything is being streamed. It’s interactive. It’s virtual reality.”

And yet, Refn is still in control. He still decides what makes it into “Too Old To Die Young” and what’s left on the cutting room floor (which may not be much, given he was only supposed to produce a 10-hour series). Though he worked closely with editors Annie Guidice and Matthew Newman during production, Refn “instinctively” cut the 13-hour film into the Amazon-mandated episodes, forming each by whenever “it feels right.”

“It’s like a book,” he said. ‘If you go into a bookstore and find a book, you’re not going to take a book and read the first page. You’re gonna take a book and you’re going to browse through it, [pick] somewhere, and you’re going to read a piece of it. ‘Oh, this is interesting. I’ll buy this book.’ If you buy anything, you browse through it, and very rarely do you start at page one.”

The result: Some episodes are only 20 minutes long, while others are over two hours. This is what Refn really loved about the streaming experience — flexibility — and he hopes his audience will follow him into a new way of thinking, rather than bring the expectations of an episodic television show onto “Too Old to Die Young.”

“For me, that’s the real excitement [in streaming],” he said. “It’s an endless amount of avenues you can now turn into. It can be one minute. It can be 20 hours. People don’t have the idea that something has to be a certain length because it’s like a book or going to a gallery or looking at a painting. You determine the time you want to invest based on where you are in your life, what you are attracted to, or what you want to spend your time on. So there’s a sense of freedom creatively to you don’t to be bound by any kind of control.”

For those who do make it to the end, Refn wouldn’t say how he decided on a stopping point.

“It’s like, when do you know a painting is done? Either you ran out of money so you couldn’t buy any more paint and then it was done, or you just decided to stop.”

Come June 14, viewers can decide if they’re in control of the series, or if they’ll give themselves over to Refn. They decide when they start and when they stop, but giving up that control is all part of his plan.

“Too Old to Die Young” premieres in its entirety Friday, June 14 on Amazon Prime.

This Article is related to: Television and tagged Amazon, Nicolas Winding Refn, Too Old To Die Young, TV Interviews