After Netflix canceled the updated multicam sitcom, the show will now air on the same network as "Schitt's Creek." 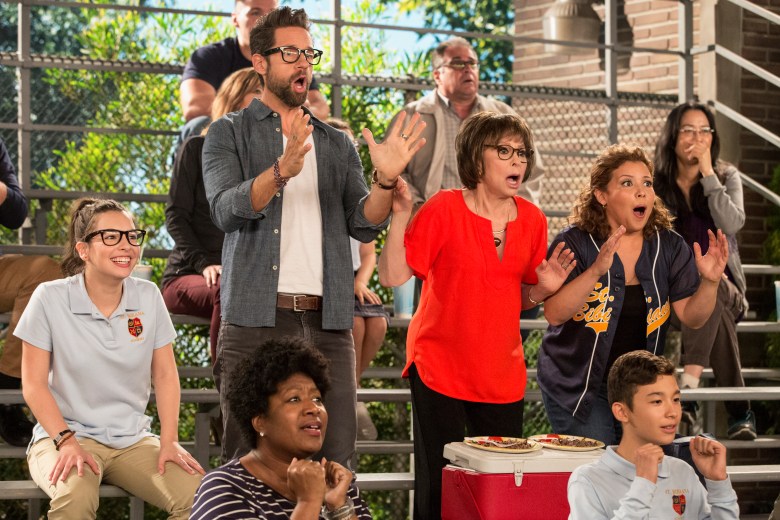 After a Netflix cancelation in March seemed like the end of the show, fan favorite “One Day at a Time” will have a new life on the Pop network, beginning in 2020.

The multicam sitcom, created for Netflix as an update of the classic ’70s comedy of the same name, follows a Cuban-American family living in Los Angeles. In this revised deal, the series will air on the CBS-owned Pop for a 13-episode Season 4. Once the full season has aired, CBS has the option to air those same episodes on the main broadcast network.

On Pop, “One Day at a Time” joins a programming lineup that also includes the increasing-in-popularity CBC production “Schitt’s Creek,” from creators and co-stars Eugene and Dan Levy. The slate of network originals also includes the Anna Paquin-starring “Flack” and the comedy series “Hot Date.” “One Day at a Time” will be designated as a Pop original going forward, with the original three seasons staying on the Netflix platform.

Aside from being the endpoint of a passionate, long-fought fan campaign to save the show after the end of the Netflix run, this is another example of CBS using its ancillary properties as part of a two-way programming street. The network has been airing episodes from Season 1 of the legal drama “The Good Fight,” a show that was originally aimed as a CBS All Access exclusive. “Star Trek: Discovery” also premiered on CBS before airing all subsequent episodes on the streaming service.

The move from Netflix to Pop means that the show will air from week-to-week, rather than dropping an entire season at once. With “Schitt’s Creek” ending next season, “One Day at a Time” is poised to become the main comedy series on the network. The show’s central cast, which includes Justina Machado, Isabella Gomez, Marcel Ruiz, Stephen Tobolowsky, Todd Grinnell, and the legendary Rita Moreno, will all be returning for the new batch of episodes.

With those performers returning, the show will continue the various storylines established in the show’s first three seasons. After acquiring broadcast rights as part of this deal, Pop is expected to being airing previous episodes of the show in advance of new episodes next year.

This Article is related to: Television and tagged CBS, Netflix, One Day At A Time, pop