The "Orphan Black" story will continue as a 10-episode audiobook, entitled "The Next Chapter," set to debut on Serial Box. 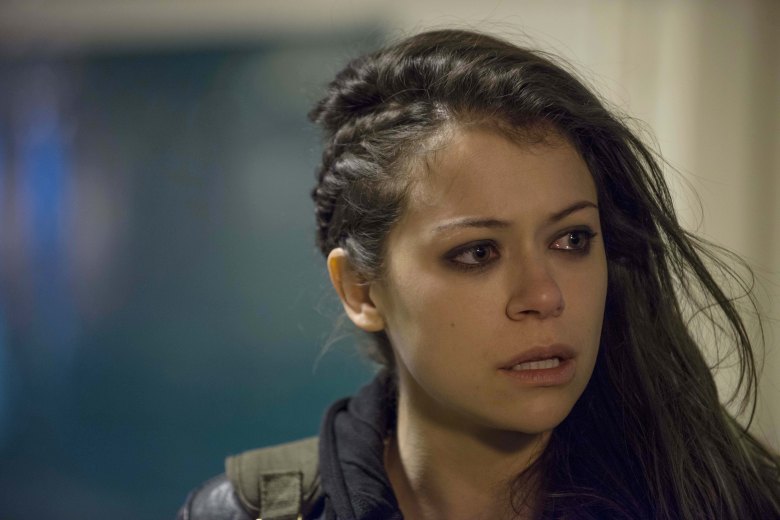 “Orphan Black” signed off television in August 2017 after five seasons and 50 episodes, but its breakout star Tatiana Maslany has announced the story is set to continue in a new audiobook series that will span 10 episodes. The show’s production company, Temple Street Productions, has inked a deal with Serial Box for “Orphan Black: The Next Chapter,” which will find Maslany reprising her various clone characters for a new adventure set eight years after the television series finale.

Neither Serial Box or Temple Street Productions are giving away plot details about “Orphan Black: The Next Chapter,” although they did tease that the fan favorite relationship between Cosima (Maslany) and Delphine (Évelyne Brochu) “definitely plays a big part in the story.”

Temple Street Productions, the production company behind the sci-fi thriller, inked a deal with premium digital fiction startup Serial Box to create a brand-new installment, “Orphan Black: The Next Chapter” — continuing the story of the clone sisterhood and their allies (and enemies) after the end of the TV show. Malka Older will serve as showrunner of the new episodes, with the writers’ room consisting of Mishell Baker, Lindsay Smith, and Heli Kennedy.

“We are delighted to be able to extend the ‘Orphan Black’ franchise through this new and innovative partnership with Serial Box,” the show’s executive producers Ivan Schneeberg and David Fortier said in a joint statement. “‘Orphan Black’s devoted fans will now get more of what they love on this exciting listening and reading platform.”

Serial Box is an audiobook platform that presents serialized stories that typically run 10-16 weeks. The first chapter of “Orphan Black: The Next Chapter” will be free to stream, while subsequent episodes will $1.99 each. Users can buy a season pass at an average price of $13.99.

“Orphan Black” aired five seasons on BBC America, becoming a breakout hit and a launching pad for Maslany. The actress earned three Emmy nominations for Outstanding Lead Actress in a Drama Series across the series’ run and she won the award in 2016. The show ended with the revelation of all 274 clones, prompting scientists Cosima and Delphine to head out on a mission to save them all from a respiratory disease the clones are susceptible to.

In addition to “Orphan Black: The Next Chapter,” the franchise is also set to continue with an AMC series set in the same universe. The show is currently in development.

This Article is related to: Television and tagged Orphan Black, Tatiana Maslany