Bell scored the role because Anderson is a fan of "Workaholics." 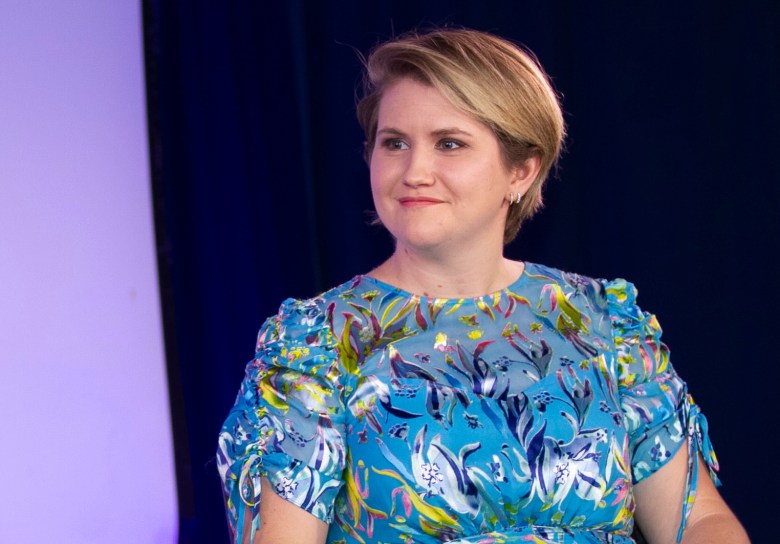 Paul Thomas Anderson has been called a “comedy lurker.” He cast his hilarious wife Maya Rudolph and Martin Short in “Inherent Vice” and completely redefined the way the world saw Adam Sandler in “Punch Drunk Love.”

But even the most diehard fans may not remember that Jillian Bell, of “Workaholics” and “22 Jump Street” fame, played a small role in “The Master,” perhaps the least comedic entry in all of Anderson’s filmography. “The Master” was an unexpected dramatic role for the actress, predating the star turn she’ll take in this summer’s “Brittany Runs a Marathon,” a comedy with dramatic heft that took this year’s Sundance Film Festival by storm.

During an interview with Vanity Fair’s Richard Lawson during the Provincetown International Film Festival this weekend, Bell revealed how it felt to step onto the set of “The Master” as a young TV actress. “He’s a fan of ‘Workaholics.’ I met him on the set and he’s like, ‘Thanks for doing this.’ And I was like, ‘What? Are you joking me?,'” Bell quipped. “That was like my college experience. Watching Philip Seymour Hoffman and Joaquin Phoenix have two completely different styles of acting…perform[ing] scene after scene after scene, how it changes and evolves.”

Bell plays Susan Gregory in the 2012 film, a woman in a group therapy session presided over by Hoffman’s Lancaster Dodd, an L. Ron Hubbard-type figure. Although she has a nice little monologue recalling a childhood memory, there was another scene that did not make final cut.

“Most of that scene was sort of improvised at first, and then there were scenes that didn’t make it in the film where he was like, ‘Start off this scene where you’re just having a conversation at the dinner table, but it’s all on you, Jillian. Go ahead,'” said Bell. “And I was like, sitting next to Joaquin Phoenix, who is starving himself for this movie, and I’m just like, ‘So the other day…’ I realize now why it didn’t make it in the film.”

Anderson’s films are so deliberate and detailed in composition, one might be surprised to learn he welcomed improvisation. “He was so open to any idea you had which is so different from I would imagine most dramatic directors. It’s a little bit loose — or you know, we would be having a conversation and they’re like, ‘oh, they’re rolling right now,’ and we had no idea,” Bell said.

The actress also had a small role in “Inherent Vice,” which makes a little more sense given the tone of that film. She was only on set for half a day, and unfortunately, she hasn’t been able to bring herself to watch it. “I had a panic attack while I shot it. So I was like, ‘I think I’m good to maybe not watch myself having a panic attack while shooting a scene with Benicio del Toro and Joaquin Phoenix.'”

This Article is related to: Film and tagged Jillian Bell, Paul Thomas Anderson, The Master