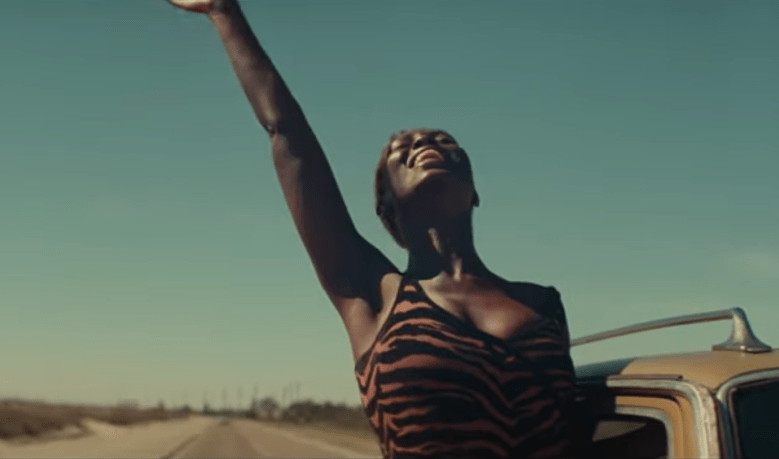 When Lena Waithe presented the first footage of “Queen and Slim” at Cinemacon earlier this year, she called the Universal Pictures’ film “protest art.”

“It’s meant to get people talking,” Waithe said. “The film is not made to give the audience answers, but instead to ask questions and show what it looks like to be black and in love while the world is burning all around you.”

Now, audiences worldwide can see for themselves what she’s talking about in the first trailer for fall feature. Universal released the first look during the 2019 BET Awards, which aired Sunday night.

Starring Daniel Kaluuya (“Get Out”) and Jodie Turner-Smith (“Nightflyers”), “Queen & Slim” was initially billed as a dramatic thriller with romantic undertones that follows a black couple on a first date who are pulled over by a police officer, who they then kill in self-defense. The film also stars Bokeem Woodbine (“Fargo”), Chloe Sevigny (“The Act”), and Grammy-winning country singer Sturgill Simpson, who recently appeared in Jim Jarmusch’s “The Dead Don’t Die” and the CBS All Access series “One Dollar.”

Waithe won a Primetime Emmy Award for writing Netflix’s “Master of None” and has since gone on to create Showtime’s “The Chi,” develop the “Boomerang” TV series for BET, as well as the upcoming comedy series “Twenties,” which also moved to Black Entertainment Television. Director Melina Matsoukas broke out directing music videos for Beyonce and Rihanna, but collaborated with Waithe on the Emmy-winning “Master of None” episode, “Thanksgiving.” She also helmed seven episodes of HBO’s “Insecure” and directed the pilot for FX’s “Y: The Last Man” series, now simply titled “Y.”

“Queen & Slim” marks both the writer and director’s feature film debut and is based on a story by James Frey. It’s set to hit theaters November 27. Watch the trailer below.

This Article is related to: Film and tagged Lena Waithe, Queen and Slim, Trailers