Toolkit Podcast: Esmail on using old film scores, shooting in a 1:1 aspect ratio, and how writing/directing "Mr. Robot" is unsustainable. 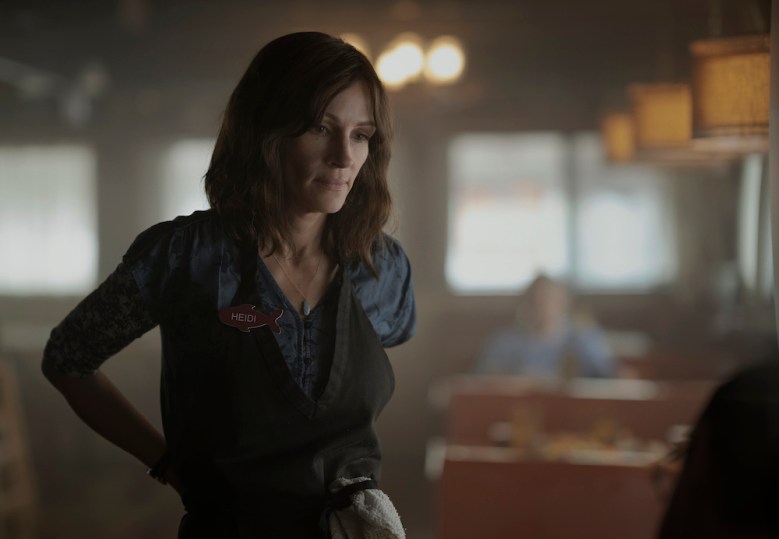 Each episode of Amazon’s “Homecoming” ends with a revealing moment of awareness for a character. It’s not necessarily a big twist that makes us see the world completely differently, like in Esmail’s other show “Mr. Robot,” but more of a new emotional understanding. It’s a moment the executive producer and director wanted the audience to live in for a few extended moments.

“The endings of the episodes, they’re never really these big cliff-hanging gotcha moments,” said Esmail when he was a guest on IndieWire’s Filmmaker Toolkit Podcast. “They’re really kind of slow reveals, and then we do this thing with the credit sequence where we play out whatever the last scene is, in real time, just to kind of reinforce this lingering effect that this is going to be a different kind of mystery where, again, we’re not going to splash these big twists at the end. It’s more of a subtle, slow awareness.”

For Esmail those extended moments that play out in real-time mirror what is happening to Heidi, played by Julia Roberts, who in the future (2022) timeline of the show is starting to piece together what happened in the past. Holding the last shot, similar to how director Tony Gilroy ended “Michael Clayton,” was a device Esmail conceived of in the middle of production.

“[Cinematographer] Todd [Campbell] and I would [make the] shot list, we designed all how the show’s going to begin and end,” said Esmail. “When we got to the ending [of the first episode] and Heidi says, “no” and she walks off, it was the first time it struck me that this is not a typical show. That’s not like an ending where you’re like, ‘crescendo, music, bam.’ Am I just supposed to fade to black? I mean, it just felt weird. And then, we kind of put a pin in it and we went to the second episode, same feeling. And then, the third, I just said, ‘Well… Let’s let that inspire us. What does that mean?’ That means that it’s disturbing, it’s unsettling, but it’s not a wow ending, it’s a slow creep. That’s sort of what drove the idea to kind of have these lingering credits sequences.”

After he shot the extended real time endings, he did wonder what Amazon Prime would do with its “skip credits” feature. “I did kind of want to troll those people,” admits Esmail. “I kind of wanted to, ‘Well, are you going to do it now?'”

While on the podcast, Esmail also talked using music from his favorite old thrillers to score his Amazon series, why writing and directing every episode of “Mr. Robot” is not something he thinks he do again, and his careful approach to adapting the popular “Homecoming” podcast.

The Filmmaker Toolkit podcast is available on Apple Podcasts, Overcast, Stitcher, SoundCloud, and Google Play Music. The music used in this podcast is from the “Marina Abramovic: The Artist is Present” score, courtesy of composer Nathan Halpern.