Local businesswoman Julia Testa did not want Coppola filming in front of her Thompson Street flower shop, so she took matters into her own hands. 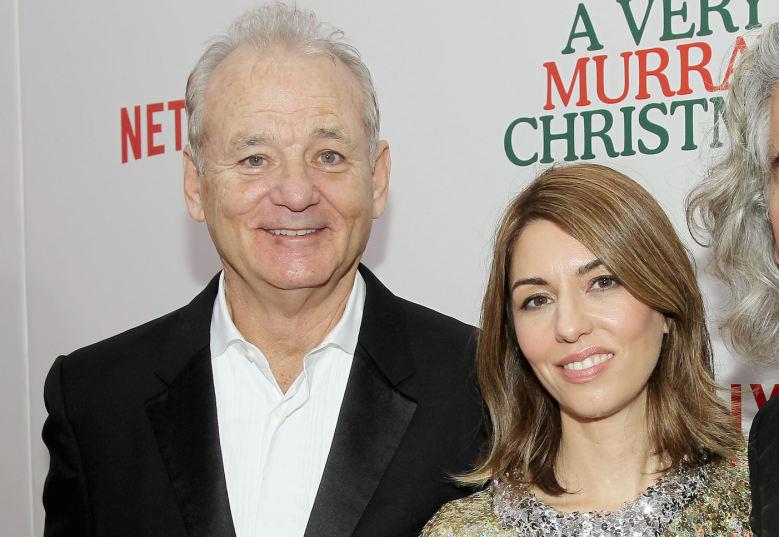 Sofia Coppola and Bill Murray’s highly anticipated reunion movie “On the Rocks” was set to film June 3 on Thompson Street in New York City, but the production’s shooting plans got a curveball thanks to flower shop owner Julia Testa. As reported by Vulture, Testa protested against the movie using her street and storefront during filming because the production was not willing to match the amount of money she would lose because of the production affecting street traffic.

Testa told Vulture her Soho store would lose an estimated $2,500 because of the film, but the production was only willing to pay her $400 at first and then $1,000 after a bump up. Testa took matters into her own hand by filling her storefront with protest banners. One giant pink sign hung from the outside banner and read: “Movie shoots kill small business. Come in, we’re open!” Other signs called out the limited-liability company that set up the production (“Go away OTR LLC”). One protest banner had the text: “If you asked me respectfully without bullying me, maybe I would have agreed!”

The “On the Rocks” production had legal permission to shoot on the block, which is why Testa decided to deck her storefront out in protest signs. “If my double doors and my WWII double-bucket windows are what you’re after … you have to pay for that,” she said. If not, “I refuse to let you get a shot.”

Testa originally planned to use noisemakers during filming to disrupt the production, but she opted to go with signs as to not disrupt the neighborhood. Testa’s protest efforts paid off, as the movie ended up shooting the scene on the block between Houston and Prince. Testa said she’s been getting a positive reaction from the community for her efforts.

“So many people came in giving us high-fives, saying how amazing it is,” Testa said. “People who have lived in the neighborhood for a long time and who have been subjected to this time and time again were like, ‘Thank God somebody finally said something.'”

Coppola’s “On the Rocks” stars Rashida Jones and Murray as a daughter and father who have a rollicking adventure across New York City. The film also stars Marlon Wayans. A24 and Apple are behind the production. IndieWire has reached out to both companies for further comment. Head over to Vulture to read more about Testa’s protest.

This Article is related to: Film and tagged Bill Murray, On the Rocks, Rashida Jones, Sofia Coppola