Curling up with "Tales of the City" feels like stepping into your neighborhood gay bar, where everybody knows your name — and your pronouns. 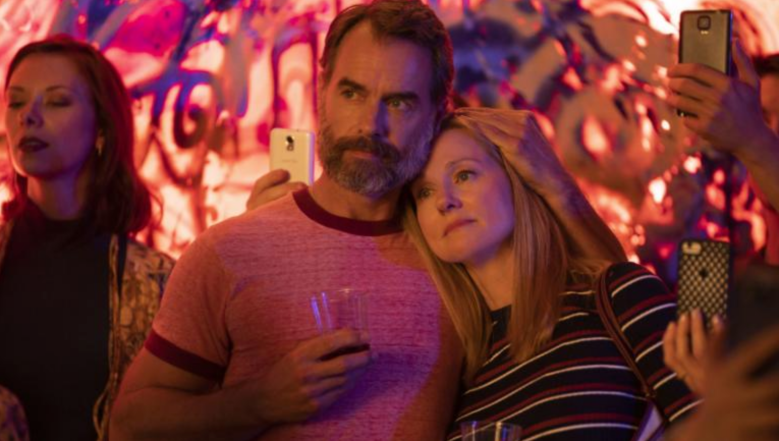 A few holdouts aside, the gay TV show has mostly gone the way of the gay bar. Acceptance and equality come at a cost — when you’re finally allowed in the club, there’s no more need to make your own. Like the tragic closing of storied San Francisco gay bars Gangway or The Lex, gone are the days of solely gay shows like “Queer As Folk” or “The L Word” (pending reboots). Television no longer has to cater solely to gay audiences in order to tell nuanced gay stories.

Enter the next chapter of “Armistead Maupin’s Tales of the City,” which picks up 20 years after its last installment and doesn’t miss a beat. Though the mini-series was highly controversial when it first aired on PBS, Netflix’s continuation feels like a warm embrace from an old friend; an unconventional marriage between rose-colored nostalgia and progressive identity politics. Creator Lauren Morelli (“Orange Is the New Black”) and executive producer Alan Poul (“Six Feet Under”) found a way to honor the spirit of the original while celebrating the queer culture of today. While exploring the varied experiences of three generations of LGBTQ people (and truly representing the entire spectrum of the alphabet soup), “Tales of the City” finds that our needs remain the same — connection, chosen family, and living one’s truth.

“Tales of the City” begins with our buoyant heroine Mary Ann Singleton (Laura Linney) nervously returning to 28 Barbary Lane. She’s been living in Connecticut, her journalism ambitions having given way to hosting informercials for an unfortunately named snuggie ripoff, the “bloodie.” (Mary Ann: “It’s like a blanket and a hoodie.”) The occasion for her return is the 90th birthday of her magical and mysterious former landlady Anna Madrigal (Olympia Dukakis). Once there, she is greeted by friends new and old, including best friend Michael “Mouse” Tolliver (Murray Bartlett), ex-husband Brian (Paul Gross), and estranged daughter Shawna (Ellen Page), some more happy to see her than others.

Much as she once left her ho hum life in Ohio for greener pastures in San Francisco, we learn that Mary Ann long ago abandoned Brian and Shawna to pursue her career. Now 25, living at Barbary Lane, and effortlessly cool (or at least that’s what she wants Mary Ann to think), Shawna offers Mary Ann a fist bump and a deliberately measured “‘sup?” before walking away. Later, as the two women share a joint on the roof, Mary Ann is lulled into a false sense of security before Shawna finally lets loose. 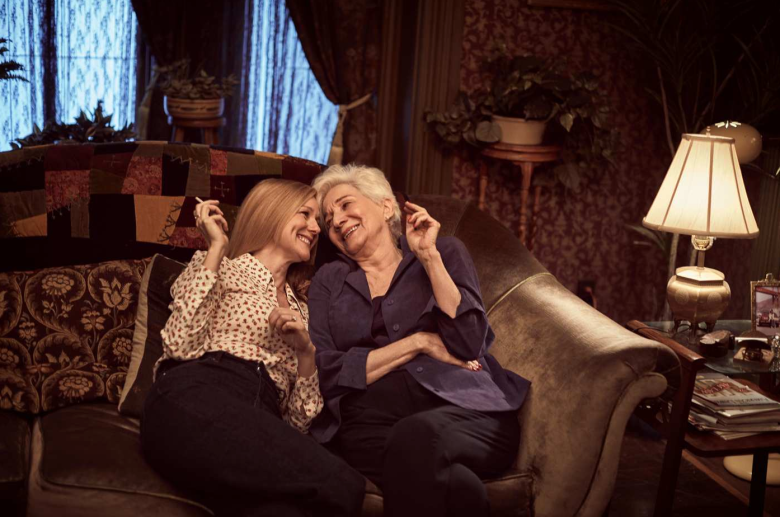 Laura Linney and Olympia Dukakis in “Tales of the City”

“I mean its funny, right?,” she asks through a placid smile. “Like, you gave birth to me, and then you ran off for some like, bullshit career, and now here you are just, like, standing here, as if we’re buds.”

Most shocking to Mary Ann about this sharp rebuke is that Shawna thinks she is her biological mother, and Brian and her other friends never told her she is adopted. Her fixation on this fact, and refusal to acknowledge Shawna’s abandonment or admit her part in it, provide the season’s central emotional arc, which proves just complicated enough to be compelling. Both characters have other things going on, of course; Mary Ann’s potential rekindling with Brian and Shawna’s romance with a filmmaker (Zosia Mamet) who is even more aloof than she is give both characters space to work through their issues. The real reckoning comes when Anna announces she is selling Barbary Lane, much to the surprise of its longtime residents. Their eccentric elder has been receiving odd visitors and cryptic letters, and Mary Ann and Shawna must work together to solve the mystery; they are bound indelibly by their love for Anna and Barbary Lane.

But there’s so much more going on in “Tales of the City.” (Perhaps a little too much, but it mostly holds together.) Michael and his younger boyfriend Ben (Charlie Barnett) are dealing with Michael’s positive status, smoldering ex-boyfriends, and the challenges of intergenerational dating; new Barbary Lane residents Jake (Garcia) and Margot (May Hong) must adapt their relationship after Jake’s transition changes his desires; Brian messes up a good thing with his hilarious neighbor (Michelle Buteau); and the Millennial jokes runneth over with an overplayed Instagram sub-plot from Barbary Lane’s fame-seeking twins (Ashley Park and Christopher Larkin).

Offering a little something for every persuasion on the full LGBTQ spectrum is no easy task, but it’s one Morelli and her team of all queer writers and directors perform admirably. It’s this wide variety of perspectives assembled that allows the series to be as ambitious as it is. For example, in a scene that harkens back to the original series, an older group of white gay men take Ben to task for his PC language policing and lack of respect for what they had to endure. In a tense scene that airs the community’s dirty laundry, the older men defend their right to say transgender slurs because they survived AIDS, and Ben, who is black, must sit there fuming, disempowered and outnumbered. The scene works because the show ultimately comes down on Ben’s side, with Michael rightly apologizing for his inaction. It’s a fine tightrope to walk, and a terrifying one to attempt in this climate, but “Tales of the City” manages to hold space for both perspectives.

Another standout episode must be kept tightly under wraps to preserve the mystery, a key element of Maupin’s storytelling. Suffice to say that by showing young Anna in flashbacks, and casting her with transgender actress Jen Richards, “Tales of the City” successfully honors the character Dukakis created while also acknowledging the painful history of cis actors taking trans roles. The presence of Daniela Vega (“A Fantastic Woman”) as well as Garcia, the all-too-rare trans-masculine character, should appease those who would question bringing Dukakis back.

With its celebratory group scenes, gay celebrity cameos (werk, Bob the Drag Queen), and gay history lessons, “Tales of the City” might be just the thing to bring the community together this Pride month. And that’s something to celebrate.

This Article is related to: Television and tagged Laura Linney, Reviews, Tales of the City