The internet turned the Babadook into a gay icon, and now distributor IFC Films is making good out of the meme. 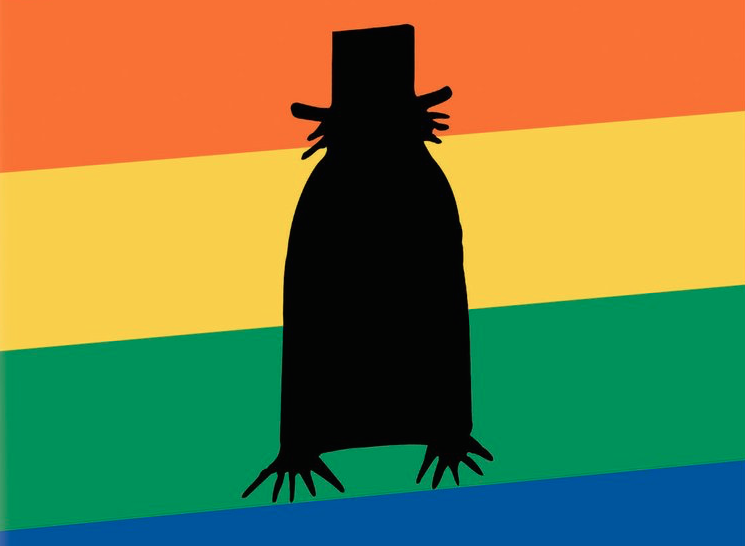 Jennifer Kent’s “The Babadook” has been a regular title on lists of the best horror movies ever made since it made its debut at the 2014 Sundance Film Festival, but, in the years, since the film has unexpectedly become a queer classic. It all started when the eponymous boogeyman started popping up at gay pride events in 2017. The internet turned images of the Babadook at pride events into a full blown meme, and the rest was history (there’s also a lot of gay subtext in Kent’s movie, which you can read about here).

Now distributor IFC Films is taking the meme and making some good out of it. IFC has announced it is partnering with Shout Factory for a gay pride limited edition Blu-ray release of “The Babadook.” The special release is debuting this June in celebration of gay pride month and a portion of all proceeds will be donated to the Los Angeles LGBT Center.

IFC Films originally opened “The Babadook” in November 2014, where it grossed over $7 million on a $2 million budget. The film stars Essie Davis as a single mother haunted by the violent death of her husband. The mother’s troubled son (Noah Wiseman) begins experiencing visions of a monster lurking in their house, and it’s not long before his fear becomes her fear as a sinister boogeyman begins haunting them both.

IndieWire recently ranked “The Babadook” the ninth best horror movie of the 21st century. Senior film critic David Ehrlich writes the film is “one of the most harrowingly accurate movies ever made about living with grief and the guilt that comes with it. He adds, “It leverages dozens of traditional horror tropes into a wrenching portrait of the human pain to which no other genre has such immediate access.”

Kent is returning to theaters later this year with “The Nightingale,” her long-awaited follow up to “The Babadook.” IFC Midnight is handling the release and will begin its theatrical rollout August 2.

To celebrate #PrideMonth, we’ve teamed up with @ShoutFactory for a limited edition of THE BABADOOK.

Even better than this? A portion of all sales in June go to the @LALGBTCenter: https://t.co/EKEfW92wvA

So yeah, we’re the screaming kid right now and we’re not sorry! pic.twitter.com/XjolmrX02i

This Article is related to: Film and tagged Jennifer Kent, The Babadook