Over two years after a disastrous TIFF premiere and accusations of editing room drama, the Thomas Edison biopic is readying for a fall release. 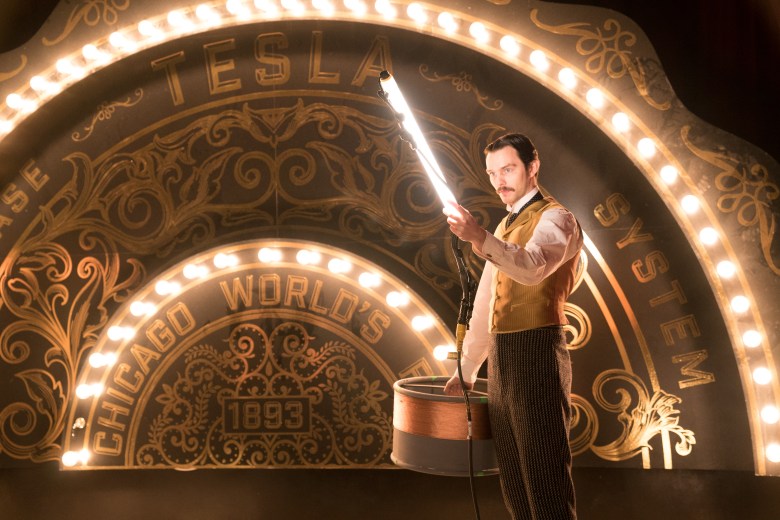 Nearly two years after a disastrous premiere at the 2017 Toronto International Film Festival, Alfonso Gomez-Rejon’s “The Current War” is preparing for a theatrical release, and the Benedict Cumberbatch- and Michael Shannon-starring electricity drama has a trailer to prove it. Entertainment Weekly has debuted a fresh look at the film, which was saved back in April by the newly-formed distributor 101 Studios.

101 Studios reportedly paid around $3 million for “The Current War,” which stars Cumberbatch as Thomas Edison and Shannon as George Westinghouse and follows the two legendary inventors as they race to complete their dueling revolutionary electrical systems.

“The Current War” was originally a Weinstein Company property, and premiered at TIFF in 2017, just weeks before a wave of sexual harassment and abuse accusations against co-founder Harvey Weinstein derailed the company. Like a number of other TWC productions, including recent hit “The Upside,” Gomez-Rejon’s film was in a state of limbo for months.

It certainly didn’t help matters that the film was a critical misfire at the starry festival (IndieWire’s David Ehrlich gave the film a D review), and Gomez-Rejon later explained to Deadline the film that premiered at the festival was not the cut he intended, saying that Weinstein’s intense pressure to meet the TIFF deadline resulted in a rushed post-production that botched the movie.

“It had been accepted to Toronto based on an early cut and then came the rush to finish in time,” Gomez-Rejon said in April. “I knew in my heart, and every fiber of my body was saying, it’s not ready. I was drowning in notes, to the point I was addressing them more than editing the film. I’d get them from London, and then more from New York. We rushed the mix, ADR, sound.”

He added, “You go in knowing [Harvey Weinstein’s reputation for re-cutting films]. People warned me to be careful and I was determined to not be another casualty until I saw the [Toronto] cut and felt like an idiot. I went in fearless and then suddenly you realize you are a casualty, a footnote.”

Despite the rushed nature of the TIFF edit, TWC had already set a November release for the movie timed to the Thanksgiving holiday, intending to follow in the footsteps of the studio’s Oscar winner “The King’s Speech.” The negative reviews didn’t change that original plan, and Gomez-Rejon said that Weinstein himself cut a version that he intended to put into theaters just weeks after the TIFF premiere.

The company shut down before that could happen, which appears to have been a positive turn of events for Gomez-Rejon, who says his original vision is now the one prepping for release. In April, the filmmaker told Deadline that he had added in five additional scenes that were previously cut, and overall his final edit comes in at 10 minutes shorter than what was screened at TIFF in 2017. Entertainment Weekly also reports that the film will feature a brand new score.

“Everything missing is there now, including the right pacing that escalates the tension between these two men,” Gomez-Rejon said in April. “The heart of the film is restored.”

Katherine Waterston, Tom Holland, Matthew Macfadyen, and Tuppence Middleton also star in the film. 101 Studios will open the film in limited release on October 4, with a nationwide expansion planned for October 11. Watch the film’s newest trailer, thanks to Entertainment Weekly, below.

This Article is related to: Film and tagged Alfonso Gomez-Rejon, The Current War, The Weinstein Company, Trailers