Before "The Real World" and the reality television boom, there was anthropologist Santiago Genovés' extremely dangerous sex raft. 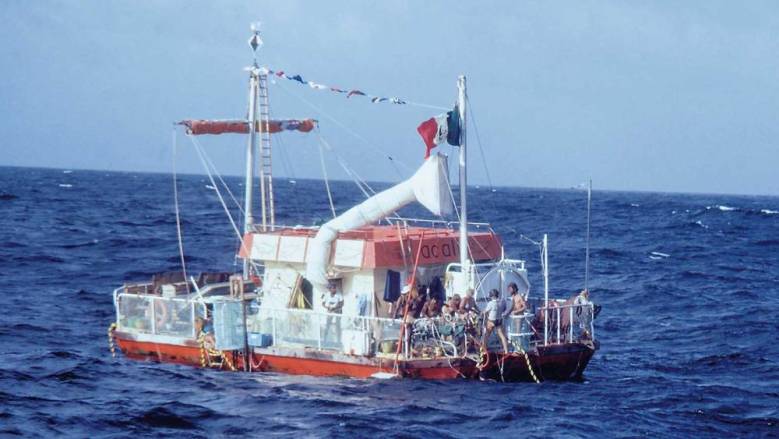 The newspapers called it the “sex raft,” but Mexican anthropologist Santiago Genovés always insisted that his experiment was only driven by a lust for science. An ambitious but altogether typical man whose interest in human conflict was galvanized by his experience as a passenger on a hijacked commercial flight, Genovés’ ordeal left him convinced that confined spaces were the ideal breeding ground to test human behavior.

So the wild-eyed 50-year-old had an idea: Genovés’ would invite 11 (younger) people from all over the world to join him on a giant tin can and float across the Atlantic Ocean so that he could monitor how they interacted and mine some valuable data regarding the origins of violence. Is it learned or innate? Is it possible for people to live in harmony, or  are men hardwired for dominance? What would happen when a bunch of beautiful strangers stopped being polite and started getting real? The year was 1972, the Vietnam War was still raging on, and Genovés envisioned this crackpot idea as his personal mission to achieve world peace. But to do that, the scientist would first have to avoid killing everyone on board.

“The Raft,” Marcus Lindeen’s sensitive and spellbinding documentary about one of the dumbest and/or most dangerous scientific experiments of the 20th century, doesn’t seriously entertain the idea that Genovés was doing something important, but this film — made with the participation of the surviving crew members — is nevertheless buoyed by the insistence that Genovés was doing something incredible. Lindeen recognizes that even the most deranged pseudoscience can yield valid data (and a compelling story), and so he charts a course across the narrow sea that cuts between mockery and suspense. It’s a wild ride that plays out like a reality show prototype that was far too treacherous for TV.

But it takes a minute to recognize that Genovés — who died in 2013 — might be a few eggs short of a dozen. His experiment took place at a time when people were more willing to, well, experiment, and “The Raft” is designed to provoke the same kind of shrugged-off skepticism with which the anthropologist’s subjects responded to his classified ad. Thousands volunteered, but Genovés had a very particular vision for his guinea pigs. They would be from all over the world (so that cultural differences and language barriers might provoke conflict), and they would all be sexually attractive (so that desire might rub up against competition). If the first condition suggests that Genovés was interested in assembling a microcosm of the global population, the second one suggests that he was trying to cast himself in the middle of a transcontinental orgy. Oh, and there was one other wrinkle that clashed with the state of our civilization: The women would be assigned all of the leadership roles, in the hopes that it might instigate the men into some kind of action.

All of this is cleanly outlined via well-deployed voiceover, as “Zama” star Daniel Giménez Cacho reads from Genovés’ writings in the clinical whisper of a man who really believes he’s floating towards a profound truth. Lindeen doesn’t embarrass the guy, but he arranges his film in a way that naturally undermines Genovés’ quixotic purpose. Every frame of the extraordinary archival 16mm footage we see is endowed with a banality that must have driven Genovés insane: His test subjects are just hanging around, learning how to communicate with each other (and use the raft’s “bathroom” without being eaten by sharks), and staring out at the open water.

The testimony Lindeen inspires from the surviving test subjects confirms that Genovés himself was the only one who inspired them towards anger. Hoping to jog their memories, Lindeen invites these people aboard a 1:1 scale wooden recreation of the “Acali” raft, even if the filmmaker has to use a forklift to get the older ones up to the deck. It’s the first time they’ve been together in more than 40 years, but the shape of the boat takes them right back in time; they’ve all come to recognize how psychotic this whole thing was, but it’s fascinating to see that none of them regret doing it. 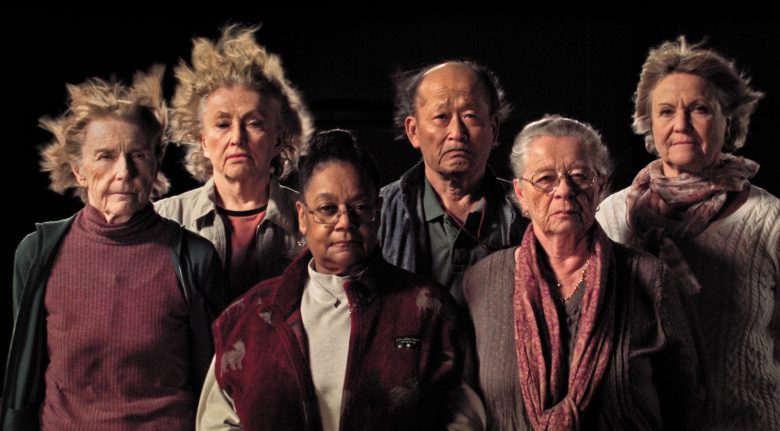 Obviously, and for several different reasons, they would have told a different story had Genovés led them to their deaths (which he almost did), but they seem to be more bemused by the experience — some of them even grateful — than anything else. The film points towards a silver lining around even self-inflicted trauma, as “The Raft” sifts around for an upside to our collective stupidity; what’s the point of having an ocean if someone isn’t going to sail a sex raft across it (some people did have sex on the raft, it turns out, but not very well)?

And there was beauty in the experiment as well, albeit of an accidental kind that Genovés was too narrow-minded to notice. The documentary’s most touching moment finds Fé Seymour, the only black woman aboard the Acali, remembering how it felt to realize that she was retracing the journey her ancestors had taken under even more distressing circumstances. The knot of love and pain and heartache the journey provoked from Seymour offers a much clearer lens into the human experience than Genovés was willing to look through; he didn’t want complex emotions, he wanted raw animal instinct. He wanted fucking and fighting. He probably wanted to do a little of both, himself.

And when the results of his unscientific science experiment suggested that individual people tend to recognize peace as their best hope for survival, Genovés tried to stir the pot, and paid the price. The situation unraveled in a way that must not have been conducive to recording the experience, because the archival footage dries up just when things are threatening to get out of hand.

The last stretch of “The Raft” suffers as a result, as Lindeen’s documentary — much like Genovés’ experiment — peaks with the early recognition of an anti-climax. The film wouldn’t have been any more insightful had Lindeen been able to include video of the 101-day journey’s final weeks, or if he had dug a bit deeper into the social dynamics that set in aboard the Acali, but the experiment is so bizarre that we can’t help but want to know more. Was Genovés a broken man after this maiden voyage? Did his subjects revert back to their old selves once they stepped foot on dry land? There are entire films to be made about Seymour, and Mary Gidley (who signed up to escape from an abusive husband), and Maria Björnstam (the world’s first female captain, who felt tarnished by the journey), and Edna Reves, whose later experience in war embarrassed the parameters of Genovés’ design.

“The Raft,” like the people aboard it, floats along the surface of a vast ocean of mystery and memory. The result is a bizarre, captivating, and borderline unbelievable memory play that only supports a hypothesis Genovés wasn’t prepared to consider: We are blind to the world as it is when we only saw the world as we are.

Metrograph Pictures will release “The Raft” at the Metrograph on June 7.

This Article is related to: Film and tagged Metrograph Pictures, Reviews, Sex Raft, The Raft