Also, breaking developments about the skeleton currency situation on the Netflix series. 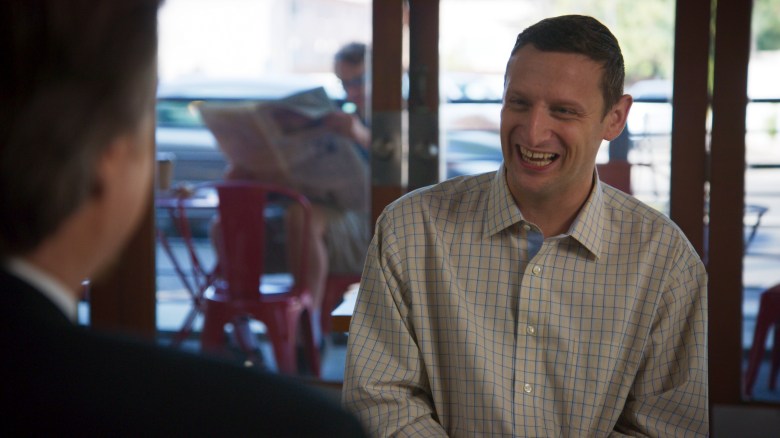 “I Think You Should Leave with Tim Robinson”

Watching the viral buzz surrounding Netflix’s hilarious new series “I Think You Should Leave with Tim Robinson” spread to every corner of the internet was a delight. Released April 23, the sketch show headlined by the aforementioned “Saturday Night Live” writer slowly picked up speed on Twitter, with users chattering about how Bart Harvey Jarvis is a terrible baby and how Paul has no good car ideas, mystifying anyone not wise to the delightfully bizarro mind of Robinson.

The central theme of each sketch appearing in the six episodes of the show’s first season — Netflix picked up “ITYSL” for a second season on June 19 — is that each one is too much. They’re each too loud, too obnoxious, too extreme, too uncomfortable, and ultimately, way too funny. But Robinson isn’t an idiot. He understands that comedy is a delicate balance and to walk that line, you need to know when to pull back.

Robinson, joined by “ITYSL” co-creator Zach Kanin, spoke to IndieWire about how the most integral part of perfecting the show’s humor may just be the editing process.

Specifically, that’s why each episode of the series lands at around 15 minutes. Robinson and Kanin explained that during the writing process, alongside John Solomon, they overwrote sketches, fully aware they’d be tightened for comedic effect, so only the strongest survived. But once they started editing they came to the realization that a quarter of an hour was where episodes felt the most comfortable.

Further, each sketch as-written generally came in at around seven minutes because, “Anything longer than that I am going to kill myself,” Robinson joked.

But the real trick in editing was once the entirety of the season had been filmed and the guys were joined by editing team, including Andrew Fitzgerald and Stacy Moon, to try to piece together a series of episodes that was not just palatable, but funny.

Kanin described six weeks spent rearranging sketches like puzzle pieces, trying to find the perfect fit and take the humor to another level.

Also, Robinson pointed out, “I play a lot of jerks and you have to spread out the jerks.”

The pair had plenty of other wisdom to share beyond “spread out the jerks,” including their initial fears that in launching the show on Netflix, it might get swallowed by all the other content available.

Ultimately, they found those concerns were unwarranted. In fact, Kanin and Robinson had nothing but kind things to say about Netflix, having worked previously with Comedy Central on “Detroiters,” a sitcom cancelled after its second season last December.

“There are many differences between Netflix and Comedy Central,” Robinson said. “But that’s all we’ll say.”

“Say Zach said that,” he added.

And then they both laughed. A lot.

The men did have lots of praise to heap onto their casting director Leslie Woo, who set out on the unenviable position of trying to find lots of funny extras to fill out the backgrounds of each sketch.

“We want people who are good actors who you haven’t seen everywhere before. We had to cast hundreds of people really fast,” Robinson said, pointing out that it was important to them that actors weren’t doubling up in sketches because it would disrupt the reality of the scene.

But most importantly, I was able to press Kanin and Robinson to expand upon the ongoing mystery of Season 1: What, exactly, are the skeleton people using for money?

The query arises from a sketch late in the season that features Robinson going off-book in a recording session and making up a song about skeletons coming to life, and honestly, it’s better if you just watch it for yourself. But then come the questions. It’s established the skeleton people use bones as dollars, but later it’s also mentioned that worms are their money. Does that make worms coins? Are there multiple forms of currency? Wouldn’t they run out of bones pretty quick?

Kanin and Robinson had some theories they were willing to share.

They think that ultimately the character is just making a mistake, forgetting he’s already established the bones as the skeletons money. But leaving room for interpretation that the worms serve as coins.

Or, the land below is currently embroiled in civil unrest with separate factions supporting ulterior forms of currency, with some shops scoffing at the thought of accepting bones and others kicking worm-users out on the street. Or maybe something about bitcoin.

The first season of “I Think You Should Leave with Tim Robinson” is currently available to stream on Netflix. Season 2 is expected in 2020.

This Article is related to: Awards and tagged I Think You Should Leave with Tim Robinson, Netflix, Tim Robinson