The latest entry in the beloved series will, like the first film, arrive in theaters without a short to lead it off. That hasn't happened in 23 years. 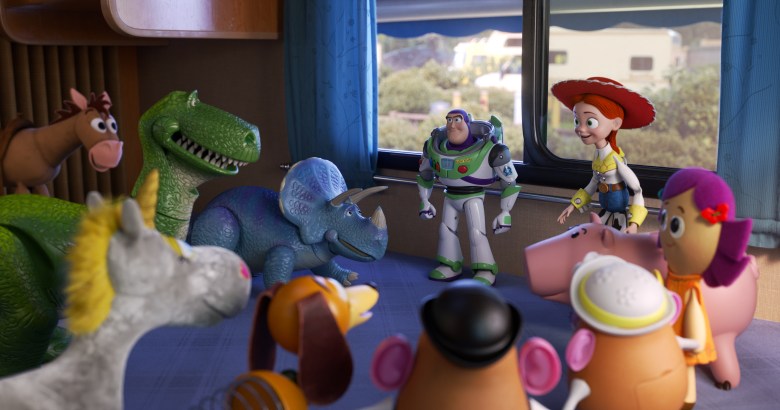 When Pixar fans line up to check out the lauded animation house’s latest offering this week at the multiplex, they’ll have to enjoy the experience without a classic dose of pre-show magic. Slate reports that Josh Cooley’s “Toy Story 4” will hit theaters without a preceding short film, a break in a tradition that has stretched back 23 years.

Funnily enough, the first “Toy Story” — Pixar’s first feature film, released in November of 1995 — did not feature a short film as its opening act, though John Lasseter’s “Tin Toy” (first made in 1988) was later attached to the film in home video release. Starting with “A Bug’s Life,” however, each Pixar feature released in theaters has kicked off with a new Pixar short.

There have been some major highlights, too, including Oscar winners like “Geri’s Game,” “Piper,” “For the Birds,” and “Bao,” which picked up the Best Animated Short Film statuette just last year. But for just as many winners (literal and otherwise), Pixar has rolled out some big disappointments, like the critically maligned “Lava” (paired with “Inside Out”) and “Olaf’s Frozen Adventure,” which led off “Coco” with a gobsmacking 21-minute runtime.

Fortunately, Pixar isn’t getting out of the shorts business, and is continuing to foster new talent in other ways, including its SparkShorts program, which earlier this year debuted the absolutely wonderful (and hugely tear-jerking) “Kitbull” short.

As charming as the Pixar shorts have (mostly) been — including the still-perfect “Presto,” which lost out on Oscar glory “La Maison en Petits Cubes” — they’ve also been a way for the animation studio to show off new technology and new talents, a mission that does not seem to be abating any time soon.

And, as it applies to the next in-theater experience for Pixar fans, not to worry, as the full feature presentation promises to deliver plenty of Pixar promises on its own.

In his review of the film, IndieWire’s David Ehrlich wrote that the film helps end the “Toy Story” franchise in beautiful, if unexpected fashion. He wrote, “The tear-jerking final moments seem to come out of nowhere, but where the ending of ‘Toy Story 3’ simply deferred to the cycle of life, this finale ties a much stronger bow around the franchise by cutting to its core instead of just circling back to the start.”

Disney will release “Toy Story 4” in theaters on Friday, June 21.

This Article is related to: Film and tagged Pixar, Short Films, Toy Story 4