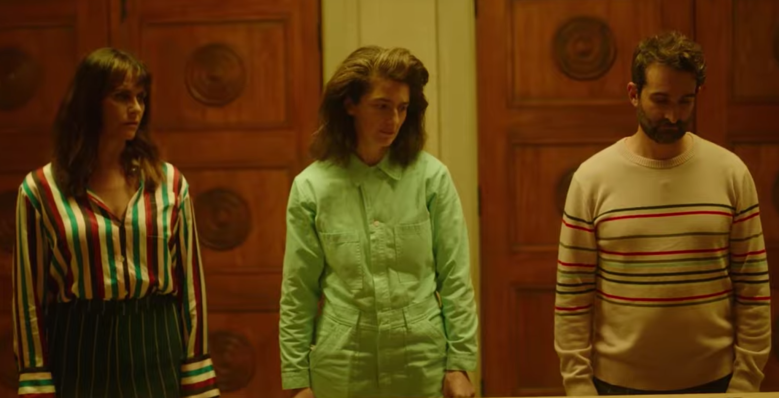 Amazon has released a first look at the much-discussed final season of “Transparent,” Jill Soloway’s revolutionary Amazon series that ushered in a wave of respectful transgender storytelling on film and TV. The Emmy and Golden Globe-winning series will conclude with a musical film in place of a fifth season, a creative decision precipitated by the removal of the show’s lead actor, Jeffrey Tambor, following allegations of sexual misconduct that cast a pall over the beloved show in 2017. Fans have been wondering how Soloway and the rest of the writers would continue the story of the Pfefferman clan without their titular matriarch, and the answer is finally here: Maura is dead.

A select few have been treated to a workshop of a few musical numbers during a live show in New York last year, and now the masses can hear a short refrain from one song. The snippet featured in the trailer bears a title that is perfectly emblematic of the show’s distinct voice: “Your Boundary Is My Trigger.” As sung by Shelly (Judith Light) in response to Sarah (Amy Landecker) setting a boundary, the song’s prominent placement in the trailer (and soaring dramatic melody) presages a Shelly-heavy finale.

Amazon’s short official synopsis promises “a dazzling two-hour movie musical fantasia. When the Pfeffermans face a life-changing loss, they begin a journey hilarious and melancholy, brazen and bold. As they face this new transition, they confront grief and come together to celebrate connection, joy, and transformation.”

“When the time came to bring the ‘Transparent’ journey to a close, it was clear that saying good-bye to Maura was our path forward,” Jill and Faith Soloway said in a statement in April. “In this musical finale, we dramatize the death of Maura in an odyssey of comedy and melancholy told through the joyful prism of melody and dance.”

A release date for “The Transparent Musicale Finale” has not yet been announced, but Amazon promises sometime this fall. Check out the teaser (including an amazing shot of Kathryn Hahn going full chorus girl) below.

This Article is related to: Television and tagged Jill Soloway, Transparent