The few details Sheridan can provide about the original ending reveal a climax set at the United Nations. 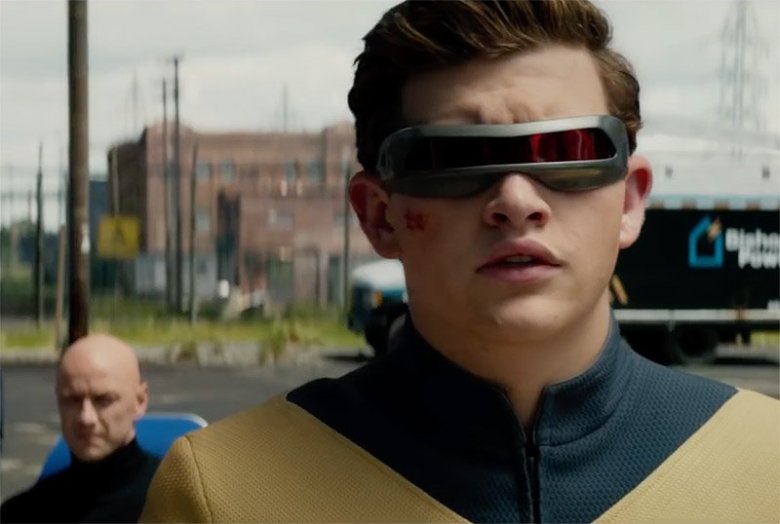 It’s no secret writer-director Simon Kinberg drastically overhauled the ending to “Dark Phoenix” during the film’s much-discussed reshoots. Reports surfaced after the film’s dismal box office opening that Kinberg originally ended “Dark Phoenix” with an intimate climax that only featured the characters played by James McAvoy, Sophie Turner, Tye Sheridan, and Jessica Chastain. Test audiences preferred to see the entire X-Men group in the third act, so Kinberg rewrote the scene for reshoots that turned the climax into what audiences saw in theaters.
Sheridan recently appeared on the ReelBlend podcast and tried as best he could to reveal details about Kinberg’s original ending, but the actor struggled to remember what exactly went down. As Sheridan openly admitted, “It’s really hard for me to remember what the ending of this movie is.”
What Sheridan did reveal is that Kinberg’s original climax was set at the United Nations in New York City. Sheridan’s Cyclops and McAvoy’s Professor X head to the U.N. to warn the American president that aliens have invaded earth and taken over Turner’s Jean Grey.
“I’m totally going to mess this up — they go to the U.N. because they’re going to try to tell the President that, ‘Hey, we’re under attack by aliens, and they’ve now captured Jean Grey.’ Or, you know, whatever it is that we’re going to tell him,” Sheridan said. “And then Jean comes down in the front of the U.N., and causes… there is this huge battle between the guards at the U.N. and Jean Grey, and all the guards turn out to be Skrulls.”
Sheridan continued, “Then Jean and Scott are — Scott is fighting Skrulls in the fountain. He gets thrown into the fountain in front of the U.N. And then Jean comes down and basically fights all of the Skrulls off, and then blasts back off into space. [She] basically says goodbye to Scott and Charles. And then it’s all over, I guess.”
The Skrull reveal confirms the rumor that Kinberg’s original script was similar to “Captain Marvel,” which also used the Skrull alien race as its primary villains. It appears in reshoots Kinberg changed the alien race to which Chastain’s character belongs. The character became Vuk, a member of the D’Bari.
“Dark Phoenix” is now playing in theaters nationwide.