The embattled former prosecutor is leaving various boards and groups, while retailers are being asked to stop selling her true crime novels. 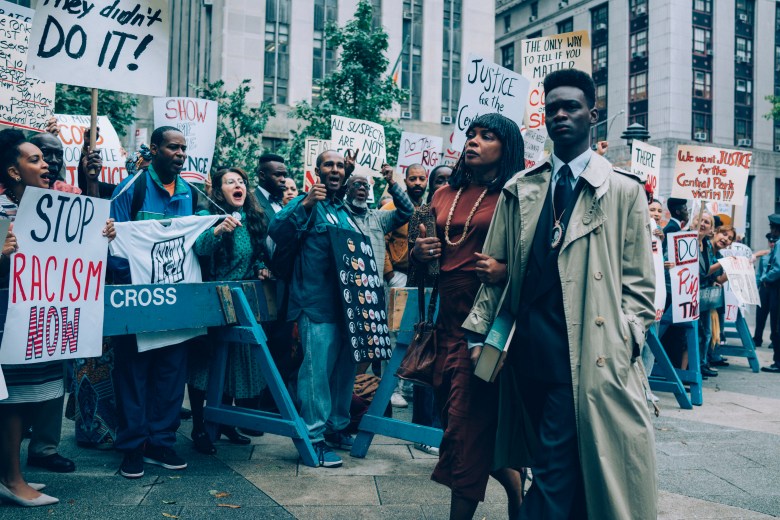 Thirty years after the criminal case that tore New York City apart and forever altered the lives of five innocent young men, former Manhattan sex-crimes prosecutor Linda Fairstein is beginning to feel the heat for her involvement in the “Central Park Five” case, thanks to the recent release of Ava DuVernay’s Netflix miniseries “When They See Us.”

Shadow and Act reports that Fairstein, “one of the central figures responsible for the wrongful prosecution and incarceration” of Korey Wise, Antron McCray, Kevin Richardson, Raymond Santana, and Yusef Salaam “is rapidly being removed from or resigning from her positions on boards, groups, and more” while retailers are being advised “to stop carrying the true crime novels she wrote based on her time as a prosecutor.”

In the series, Fairstein’s alleged coercion of the five young men known as the Central Park Five, which resulted in their issuing of false confessions regarding the 1989 assault and rape of Trisha Meili, is a major plot point.

In our review of the series, IndieWire’s Ben Travers writes that, “in a bit of fortuitous casting, Felicity Huffman plays Linda Fairstein, the prosecutor in the Manhattan District Attorney’s office who leads a ferocious indictment against the boys. Seeing Huffman as counsel instead of defendant adds a bit of irony, sure, but her character is so malicious, uncaring, and self-serving, a person of privilege had to play the part — if only so the actor’s offscreen comeuppance could stand-in for Fairstein’s absolution.”

The New York Post reports that Fairstein has now resigned from “several nonprofit boards in the wake of a controversy triggered” by the news series. The Post adds that in a resignation letter sent to Safe Horizons, a “victims-services agency,” Fairstein wrote, “I do not want to become a lightning rod to inflict damage on this organization, because of those now attacking my record of fighting for social justice for more than 45 years.”

Fairstein told the outlet that “she sent similar letters resigning from the boards of God’s Love We Deliver; the Joyful Heart Foundation, which was founded by actress Mariska Hargitay to aid survivors of sexual assault, domestic violence and child abuse; and Vassar College, from which Fairstein graduated in 1969.”

In a statement provided to the Post, Fairstein spoke out about the new series, saying it “depicts me, in a fictionalized version of events, in a grossly and maliciously inaccurate manner.”

DuVernay told The Daily Beast that she attempted to meet with Fairstein to discuss the project before it went into production, though Fairstein apparently had her own agenda. “I don’t know if I’ve told anyone this, but she [Fairstein] tried to negotiate conditions for her to speak with me, including approvals over the script and some other things,” she told the outlet. “So you know what my answer was to that, and we didn’t talk.”

Fairstein’s resignations come in the wake of a widespread #CancelLindaFairstein movement took hold on social media, along with a petition created asking for her removal from Vassar’s board (it hit 15,000 signatures before she resigned). And yet at least some of the outcry appears to have come directly from the organizations Fairstein was a part of, as TMZ reports that, in the case of Safe Horizon, “a handful of former and current members … said Linda’s position on the board of directors was known to be heavily criticized by many staffers.”

Despite the recent uptick in Fairstein-centric backlash, the former prosector’s troubles started even before DuVernay’s incendiary and fact-based series hit Netflix: last year, the Mystery Writers of America announced that it would honor her with one of its “Grand Master” awards for literary achievement. Fairstein has written over 20 crime novels about fictional prosector Alexandra Cooper, who is loosely based on Fairstein herself. Controversy soon broke out, and within two days, the honor was withdrawn, The New York Times reported at the time.

“When They See Us” is now streaming on Netflix.

This Article is related to: Television and tagged Ava DuVernay, Felicity Huffman, When They See Us