Tarantino confirms the script for his "Star Trek" movie is finished. 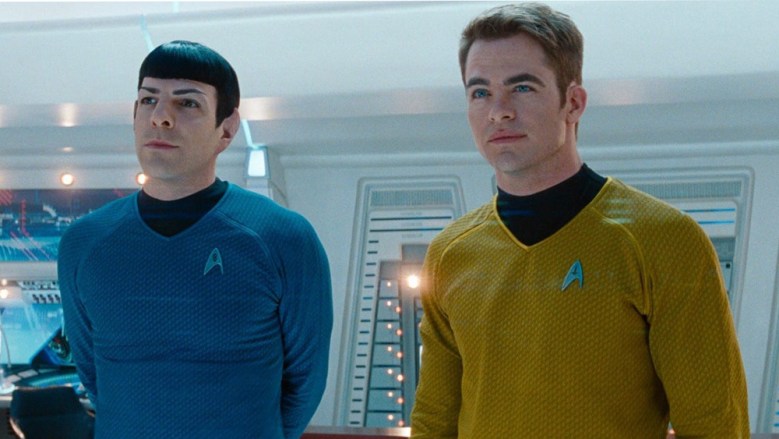 William Shatner is showing support for Quentin Tarantino’s R-rated “Star Trek” movie on social media. The actor who originated the role of Captain Kirk was asked his thoughts about Tarantino doing a more adult-skewing “Trek” movie, to which he asked, “Why are people plotzing about this?”

“It’s my understanding that ‘Star Trek Discovery’ has used expletives in some episodes,” Shatner added. “Why aren’t people melting down over that?”

Given Tarantino’s affinity for expletive-packed dialogue, some “Star Trek” fans have worried how the writer-director’s style would fit in with the often family-friendly film and television franchise. The last three films in the franchise, “Star Trek,” “Star Trek Into Darkness,” and “Star Trek Beyond,” were all rated PG-13. If Paramount goes ahead with an R-rated version they could risk alienating some of the franchise’s younger fans, although a restricted rating didn’t stop Fox movies like “Deadpool” and “Logan” from being hugely profitable at the box office.

Tarantino confirmed to Empire magazine this week that his “Star Trek” movie will be rated R if he steps behind the camera. When asked to verify the rating, the writer-director responded, “Oh yeah! It’s an R-rated movie. If I do it, it’ll be R-rated. There’s a script that exists for it now. I need to weigh in on it, but I haven’t been able to do that yet.”

Speaking to /Film shortly before the Cannes Film Festival, Tarantino said “it’s a very big possibility” that he’ll end up directing a “Star Trek” movie. The director said his script was done but that he’s been too busy in the editing room on his next feature, this summer’s “Once Upon a Time in Hollywood,” to really focus on “Trek.”

“When I emerge my head like Punxsutawney Phil, post-‘Once Upon a Time in Hollywood,’ we’ll pick up talking about it again,” Tarantino said about working with Paramount.

Why are people plotzing about this? It’s my understanding that Star Trek Discovery has used expletives in some episodes. 🤷🏼‍♂️ Why aren’t people melting down over that? https://t.co/QW0fHHHY1j