Between handling surprising weather and unpredictable animals, the team behind the four-night NatGeo event has to plan for everything. 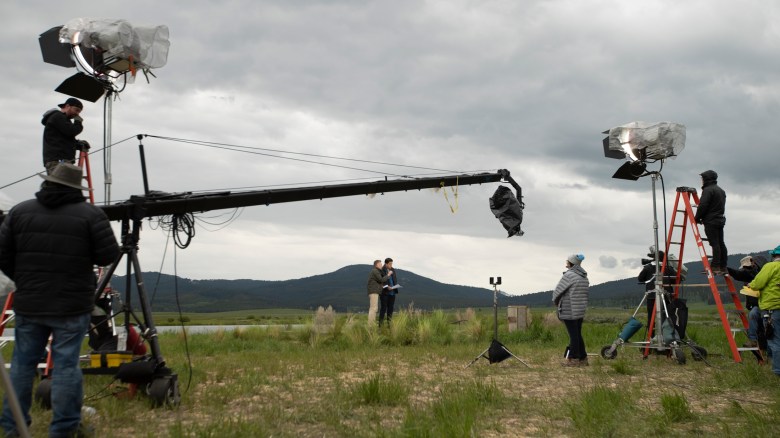 On the second day of summer, it snowed in Montana.

At upper elevations in and around Yellowstone National Park, there were multiple days of some very uncharacteristic June weather. It may seem like that turn of meteorological events would be cause for concern for a production team staring down four straight nights of live programming from America’s most famous national park. But it may have turned out to be a last unexpected piece to the puzzle.

“The backdrop is fantastic. I am the only person here who was thrilled that it snowed,” Al Berman joked with reporters this past weekend. As an executive producer on the series, Berman knew that having snow in key areas of the park, particularly in the Lamar Valley region, would make for some incredible images of high-profile animal occupants walking along a wintery-looking ground past the end of spring.

Airing last year in August, “Yellowstone Live” was able to get plenty of sunny weather for the duration of the event’s debut. Switching to late June meant introducing possible bad weather into a live TV environment. But even if the show doesn’t manage to avoid some Yellowstone showers, clearer skies can actually sometimes work against what the show is going for.

“The thing about the weather, as it heats up and settles down it gets less stormy as it gets hotter and hotter and hotter, and the animals start moving up into the mountains to stay cool so it’s harder for us to access,” executive producer Martha Holmes said. “This is the perfect sweet spot where the animals have been born or are emerging from their dens or hibernation. They’re still in the lowlands so we can film them relatively easily. Although the weather’s quite temperamental, it’s part of their lives.” 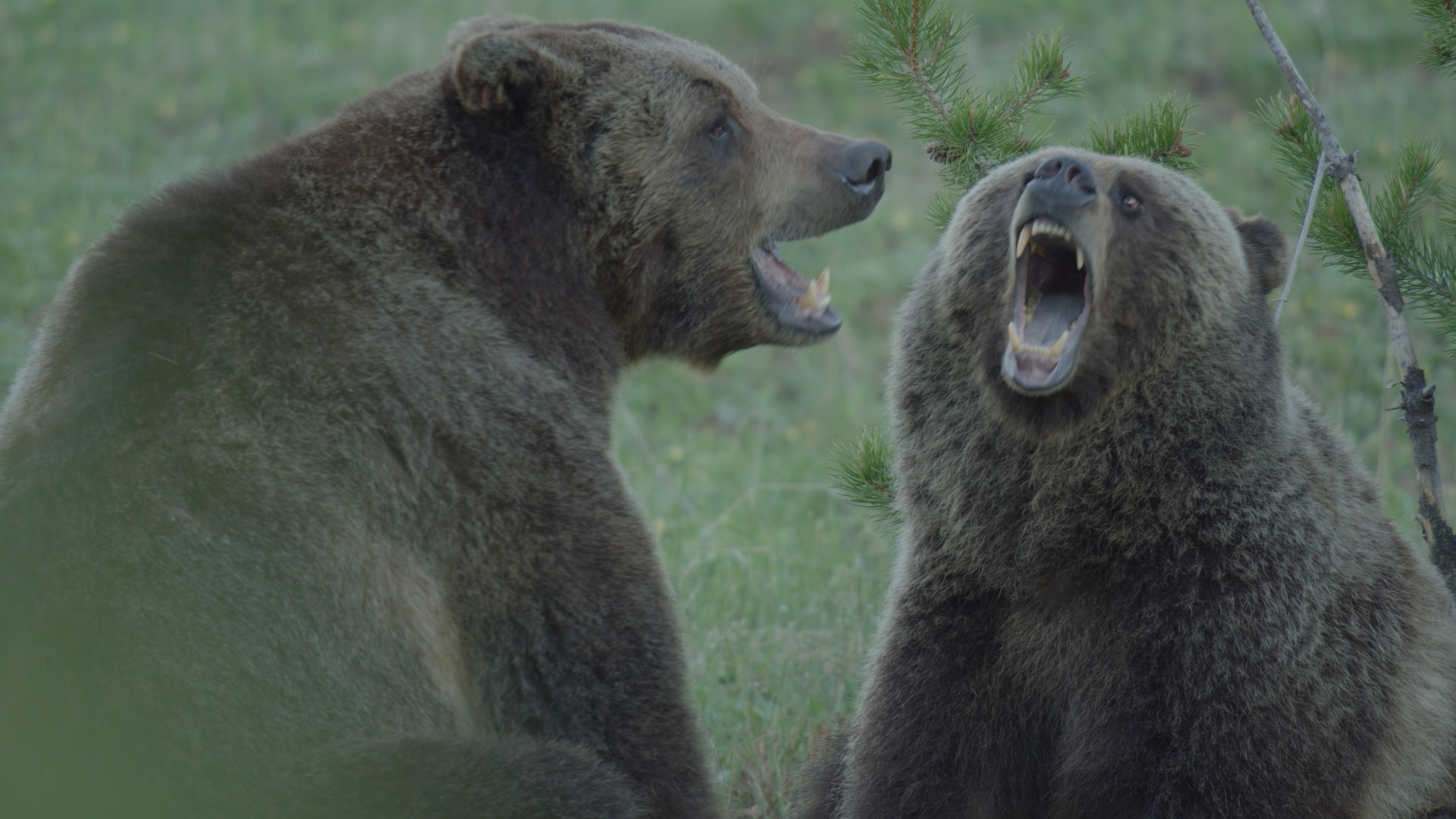 “I love the unpredictable weather. It adds to the story,” wildlife cinematographer and “Yellowstone Live” team member Jeff Hogan said. “It’s part of the wild. That’s just as important as sunshine or an eagle catching a fish. It’s all part of the scheme.”

Weather isn’t the only thing that presents a challenge to the production. Working from a base camp out in the middle of West Yellowstone means that they don’t have some of the traditional comforts of a conventional studio. The first night of Season 2 went off without any technical glitches, and the on-air shepherds of this undertaking are confident that even if the biggest unforeseen technological challenges happen, they can still deliver a quality program.

“Chris Packham is a dream of dreams, to have quite literally a walking encyclopedia next to you,” “Yellowstone Live” co-host Josh Elliott said of his nightly on-screen counterpart. “There’s really no way you could ever fall because if everything went down and I had to FaceTime the show from my Apple phone, I could pick a blade of grass and Chris could give you 10 minutes on it. He knows everything there is to know about all the stuff that we hope to bring.”

All of the remote broadcasts from the “Yellowstone Live” cabin home base with Elliott and Packham are beaming out live across the world when the cameras turn on. But part of the adjustment from last year is supplementing the live wilderness feeds with footage captured earlier in the day to help provide context to what’s happening with these different species and geological features.

“The reality is when you go out wildlife watching, you can spend hours and hours and hours looking for stuff and there’s something magical [that] happens,” showrunner James Smith said. “Our camera ops are also sending us material, you know, on the day. We’ll get this material by 1 or 2 p.m. and we’ll turn around really quickly, and put it into that night’s show. So immediacy is the key thing here.” 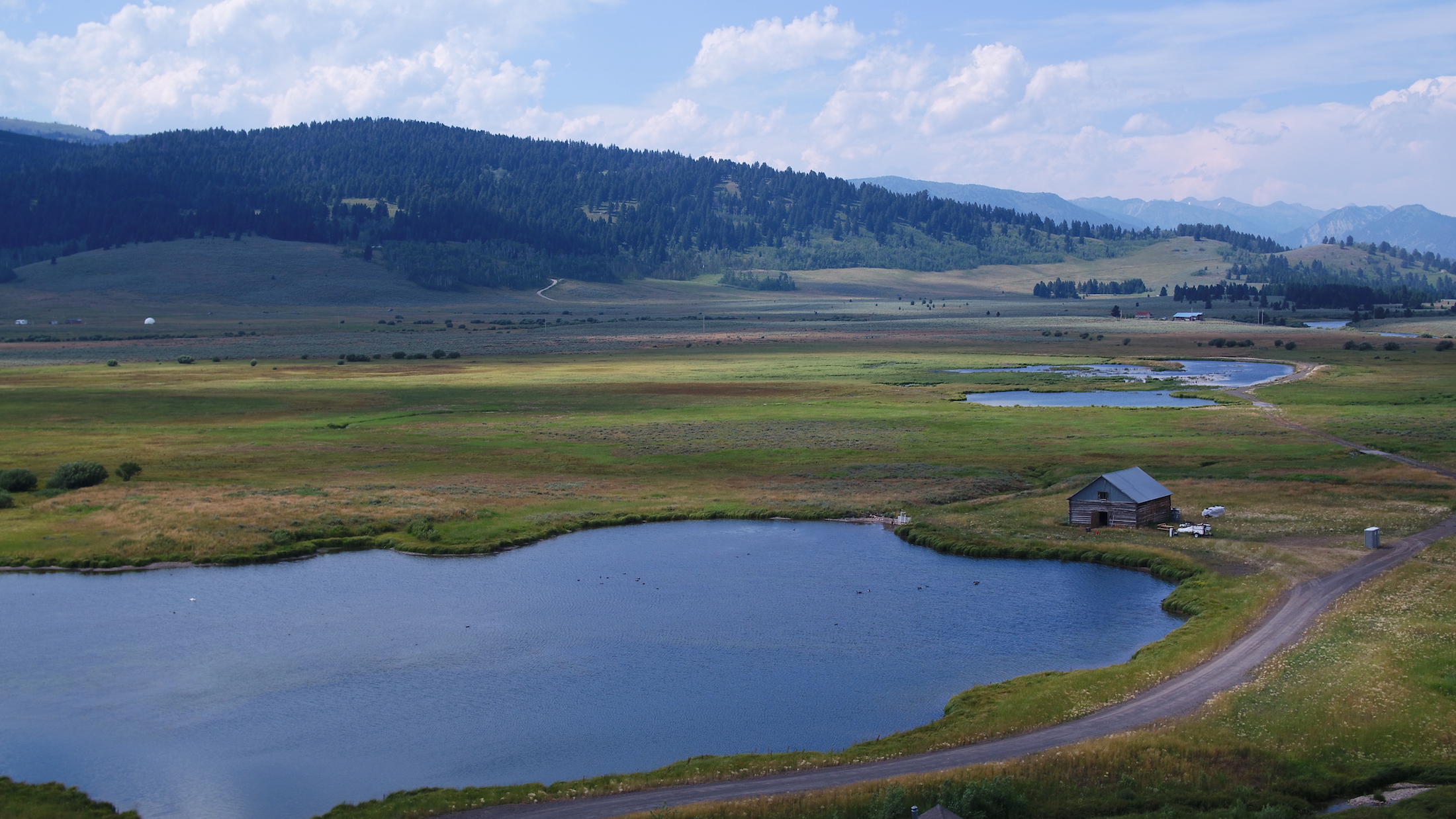 Most of these developments boil down to the idea that it’s a bit of a folly to try too hard to bring a human sense of order to nature. These are animals who generate massive traffic jams on the park’s two-lane highways simply because they don’t care about the effects of their movement on Yellowstone visitors. An apex predator in the wild doesn’t give a second thought to hunting and killing baby animals, as Sunday night’s episode proved.

Last year, “Yellowstone Live” learned quickly that attempts to project humanlike behavior or expectations on these wild creatures won’t always go according to plan. After last year’s food-themed challenge unexpectedly ended in two minutes, this year’s Sunday night centerpiece at the Grizzly and Wolf Discovery Center (with grizzlies opening up three different coolers from the flatbed of a modified pickup truck) was able to stretch over the course of multiple live look-ins throughout the entire episode. It all shows how these animals will behave instinctually, no matter what human obstacles might be placed in front of them. The trick is to know how to use the footage that comes in.

“What I really love about this show is that when you when you do stuff for the first time you get to create the parameters. And as long as you can never push up against them, then I think you can keep trying things,” Elliott said.

“Last year we were finding our feet a little bit. There were a few more human stories, but they didn’t go down so well with the audience. So we just doubled down on wildlife,” Smith said. “Now the only problem we have is we’ve got so much great stuff coming in, it’s deciding what to leave out and what to put in. But it’s a nice position to be in.”

“Yellowstone Live” airs every night through Wednesday at 9 p.m. ET on NatGeo.

This Article is related to: Television and tagged NatGeo, National Geographic, Yellowstone Live