The Paramount Network series has plenty going for it, but that often gets lost underneath a thick layer of manufactured drama. 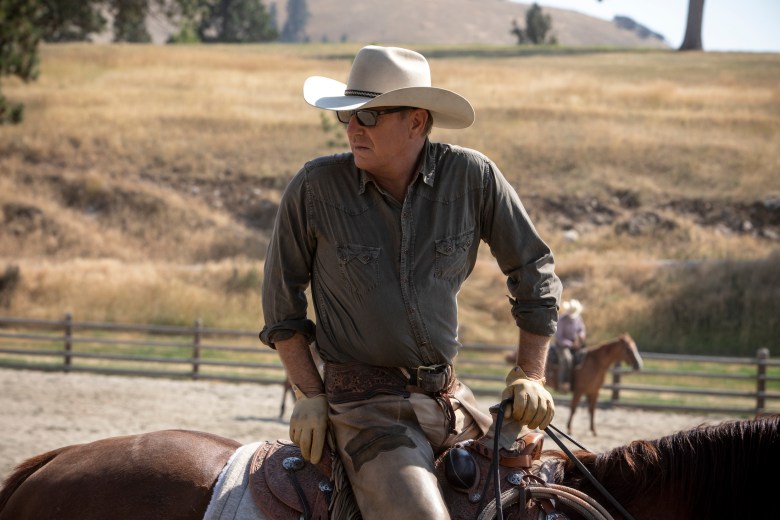 For a show that spends so much of its time weighing the consequences of the pain that humans can cause themselves, each other, and the world around them, “Yellowstone” can be pretty funny when it wants to be.

It’s one example of how, when the Paramount Network series hits pause on its tortured meditations on political power and leaden family drama, there’s a wealth of potential that lies just beneath the surface. Season 2 returns with a slightly better understanding of what it can do within its confines, but this is still a show with a mammoth to-do list. It’s a size befitting of the wide-open backdrop it’s set against and one that leads to a still-overstuffed drama of all kinds, even if more of it clicks after some time away.

Co-creator and writer Taylor Sheridan first took the reins of this ongoing saga of the Duttons — a Montana family with enough wealth and sway to transform their enormous ranch into their own empire — and absorbed the Sisyphean task of writing and directing the entire first season. With Sheridan ceding the director’s chair and often sharing writing credit this season, “Yellowstone” feels less like one man’s musings on the contradictions of the American West and closer to a show that can better handle its component parts.

The show continues to foreground the Duttons, the latest in a long line of wealthy TV families with bank accounts large enough to rival their own personalities. John (Kevin Costner) is still the disgruntled Dutton patriarch, balancing his tenuous control on his family’s holdings and his family itself. Season 2 also gives some members the chance to shore up their own reason for being part of the family business (as John’s lone remaining cowboy son Kayce, Luke Grimes is a more assured part of the ensemble this time around), while others are still drifting (Wes Bentley isn’t offered much to do with politically frustrated Jamie, at one point being told that the character is literally waiting for the world to tell him what to do). 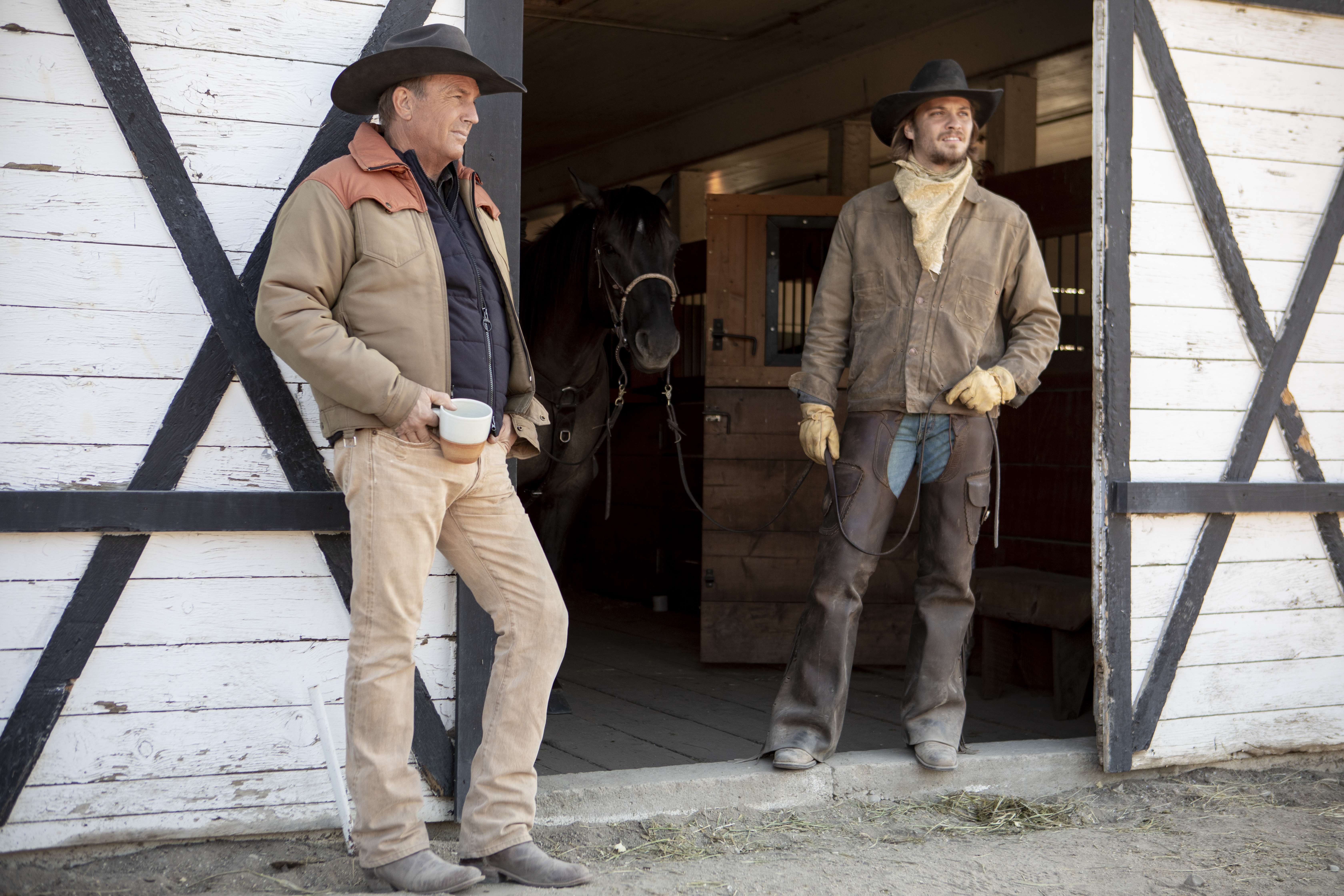 So when “Yellowstone” turns its attention to the workers and employees who help this ranch run, the show benefits from a breath of fresh air. Jimmy (Jefferson White) made for an effective outsider audience surrogate in the series’ opening episodes — now that he’s a more entrenched hand, his ongoing lessons about what it takes to survive Yellowstone lead to some of the show’s more natural dramatic moments. Rip Wheeler (Cole Hauser) has never been afforded a nuanced existence, but Hauser makes the conflicted nature of his service to the Dutton family one of the show’s better elements (so long as he’s not saddled with having to be the show’s would-be Angel of Death).

With every member of the Dutton family in flux, including Beth (Kelly Reilly) who continues to run roughshod over every businessman, politician, employee, or brother in her path, it’s hard for “Yellowstone” to find any storytelling stability in their neverending infighting. It’s a relief, then, to see the show in Season 2 stop to take its breath to really check in on what’s happening elsewhere. Cowboy (Steven Williams), the latest addition to the collection of ranch hands, helps bring some additional understanding of the structure and day-to-day functioning of life on Yellowstone Ranch. These are men and women who test each other’s limits, make questionable decisions when they’re off the clock, and stop at nothing to ensure that no act of violence against one of their own goes unavenged. There’s even a musical interlude or two, courtesy of the smart-mouthed Walker (singer/songwriter Ryan Bingham, who continues to be a series highlight).

Even when caught in the middle of a dangerous brawl, this crew brings some much-needed levity to a show often dragged down by its own self-imposed tragedy quota. Where the Duttons are concerned, there’s no action too small that doesn’t also come with a staggering set of consequences. Whether or not it’s punishment for his questionable business practices, John brings with him a cyclone of misery wherever he goes. John’s stubbornness is often reflected in “Yellowstone” overall, barely wanting to pause to consider any moment that’s not drenched in sorrow and regret. 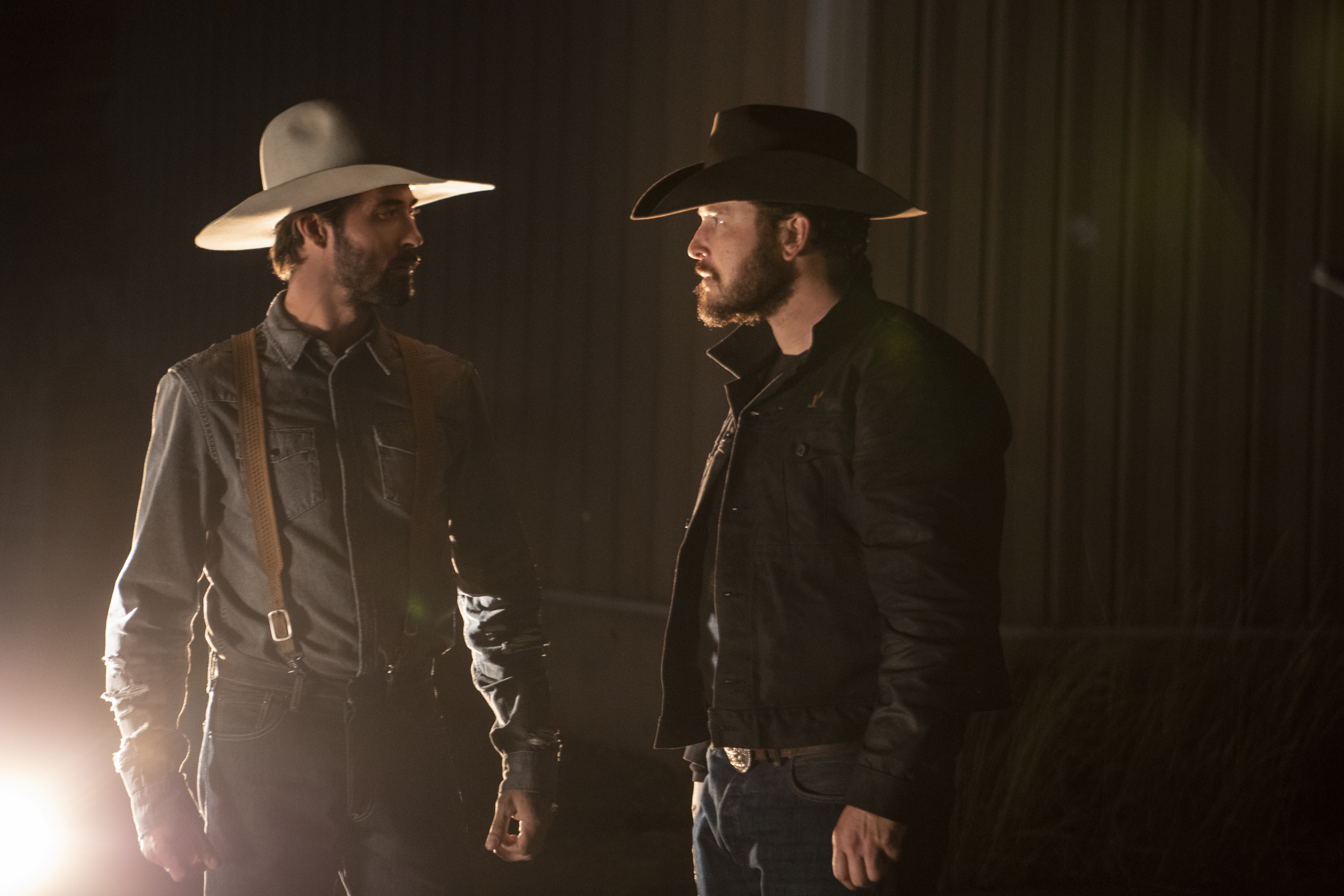 Season 2 still puts plenty of animals in peril, continuing the show’s well-established tradition of finding inventive ways to bring pain into the lives of every living character. Those sequences are often helpful openings for everyone from the Duttons to overmatched real estate developer Dan Jenkins (Danny Huston) to deliver grand pronouncements about the nature of masculinity or how moral clarity is in short supply in Montana.

They also lead to fights. Bare-knuckle shows of force and more creative uses of barbed wire are both tools that the show uses to settle disputes between men trying to assert their power in a shifting world. When those battles are the logical conclusion of simmering tensions between rival factions, “Yellowstone” gets to use its thematic material for meaningful ends. But when those fights are squeezed in to offset the quieter moments, the lower-stakes sequences often feel like the more satisfying way to spend time within this world.

When it wants to, this is a show that can take time to show Thomas Rainwater (Gil Birmingham) continue to assert himself as a regional power broker, trying to outflank various land schemes to secure a future for the Broken Rock Reservation. Or see how Kayce’s wife Monica (Kelsey Asbille) is trying to use her teaching position to chart a new narrative of Native American history and representation. Or show the finer points of dealing with cattle bloat (if you’re not already familiar, the remedy will definitely surprise you).

Much of what makes “Yellowstone” worth watching is what sets it apart from other prestige- and prestige-adjacent TV dramas. Sure, there isn’t a bevy of other series exploring life in the various corners of Montana. That’s what makes it exciting when “Yellowstone” jettisons its overly familiar petty family tussles playing out on a grand scale. Beyond the simmering father-child tensions, there’s a vast world of stories within “Yellowstone” left to explore. At least it’s starting to venture out a little further than it has before.

This Article is related to: Television and tagged Paramount Network, TV Reviews, Yellowstone