The Richard Curtis-penned film hinges on a high-concept idea, but at least two other authors say they cooked it up first. 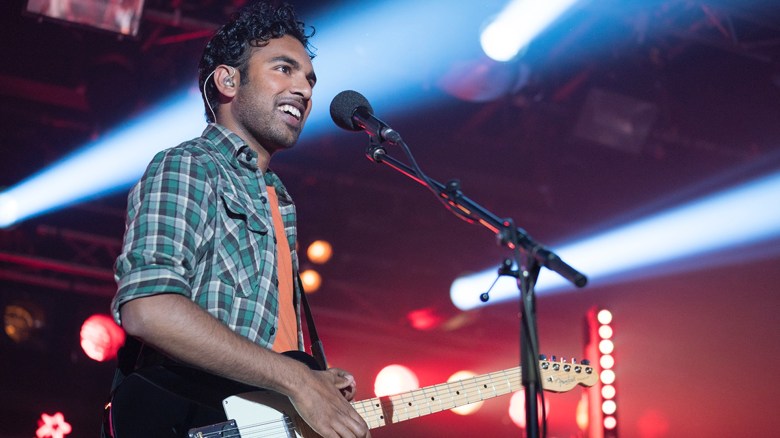 If nothing else, Danny Boyle’s latest film “Yesterday” has one hell of an interesting premise: a regular guy with a middling music career (the very charming Himesh Patel) gets hit by a bus during a curious worldwide blackout, only to wake up from a brief coma to realize he’s the only person who remembers the songs of the Beatles. Soon enough, he’s sweeping the world with his special, and, to the world, novel, jams like “Yesterday” and “Hey Jude” and “I Saw Her Standing There,” among others.

Written by rom-com king Richard Curtis from a story by Jack Barth, the high-concept feature is beholden to its big idea, but it seems as if even the film’s best idea isn’t a particularly original one. In recent weeks, at least two authors have come out with their own, earlier projects that are built on similar premises, and they are hardly the only ones.

Variety reports that author David Blot has posted his entire 2011 graphic novel, also titled “Yesterday” and sharing a very similar premise to Boyle’s film, for free online. The novel “follows John Duval, a French New Yorker in his 20s who is accidentally propelled back in time to 1960 and records the Beatles’ songs before the band is formed, leading him to become the biggest pop star of all time.”

The outlet adds that, in social media messages posted by Blot, the novelist makes no overt references to the film. In one posting, Blot mentions that his “Yesterday” was initially intended to kickstart a franchise, entitled “The Adventures of John Duval & The Futurians,” an idea that was waylaid when comic book publisher Manolosanctis shut down as he was preparing his planned second volume.

Blot’s novel includes art by French artist Jérémie Royer. While it was first published in September 2011, it is not currently in print. Interested parties can, of course, read it now, thanks to Blot, and it’s available right here.

While Blot appears to be hitting back at the film’s similarities in his own way, he’s not the first creator to call attention to the similarities between his book and Boyle’s film. In February, yet another author accused Boyle and Curtis of snaking his idea, and he was considerably more vocal about the perceived similarities and his displeasure with the turn of events.

After seeing the first trailer for the film, Australian author Nick Milligan told ABC Radio Brisbane’s Rebecca Levingston that he was shocked by the perceived similarities between his self-published 2013 novel “Enormity” and the film.

“My head is spinning a bit at the moment and there’s a lot of emotions,” he told the outlet at the time. “Its premise feels like it overlaps a lot with the novel I published in April 2013. … The character passes off the music as himself and becomes super famous, and that feels a lot like my book ‘Enormity.'”

In Milligan’s book, a character named Jack (just like the lead character in Boyle’s film) releases Beatles songs as his own work, becoming hugely popular in the process, though he also offers up songs by other famous acts as his own work.

He told ABC, “It made me feel shattered to think that the film might kill any chance of my book becoming a movie. I haven’t sent the book to any movie makers, and I don’t want to accuse anyone of anything sinister here. I’m leaning towards the idea of it being an outrageous coincidence.”

Blot and Milligan aren’t the only ones who see similarities between the film and earlier works. A visit to the film’s IMDb page leads to a number of comments from the site’s users, pointing to other projects that utilized their own Beatles-centric ideas earlier, including the BBC series “Goodnight Sweetheart” and the sci-fi series “Otherworld.”

“Yesterday” will be released nationwide on Friday, June 28.

This Article is related to: Film and tagged Danny Boyle, Richard Curtis, Yesterday