HBO and David E. Kelley took the show away from Arnold, as executive producer Jean-Marc Vallée tried to return it to his S1 style. 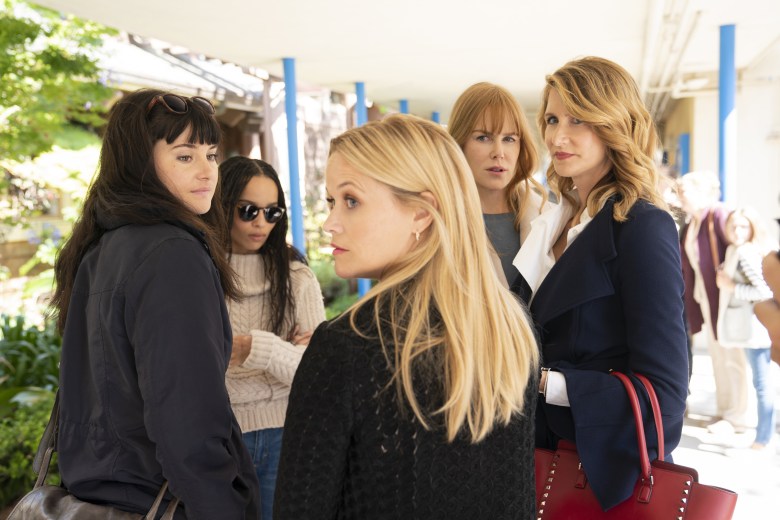 Right from the first episode something has felt slightly disjointed about the second season of “Big Little Lies.” When the show isn’t in the flow of its recognizable style, there is a strange editorial tension – scenes are choppy, lacking any sense of internal rhythm. As it turns out, that friction was the product of a behind-the-scenes struggle that grew out of an attempt to remove the style of its director in post-production.

When the executive producers and HBO approached Andrea Arnold about directing the second season of “Big Little Lies,” the pitch was simple: They not only wanted the British filmmaker (“American Honey”) to direct the entire season, they wanted an Andrea Arnold version of the show and all that entailed. It wasn’t just lip service. From prep, through production, and into post-production, Arnold was to get free rein. But a significant part of HBO and showrunner David E. Kelley’s plan was not shared with Arnold.

According to a number of sources close to the production, there was a dramatic shift in late 2018 as the show was yanked away from Arnold, and creative control was handed over to executive producer and Season 1 director Jean-Marc Vallée. The goal was to unify the visual style of Season 1 and 2. In other words, after all the episodes had been shot, take Arnold’s work and make it look and feel like the familiar style Vallée brought to the hit first season, which won eight of the 16 Emmys it was nominated for in 2017, including Outstanding Limited Series. 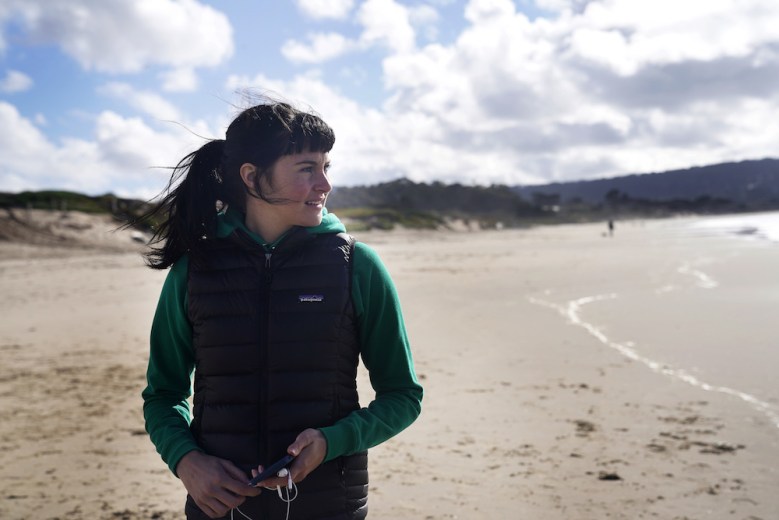 According to sources close to the executive producers, it had always been the plan, although unbeknownst to Arnold, for Vallée to become re-involved in the show last fall. Kelley, whose TV career started in the 1980s writing network shows, is a strong believer that TV is different than movies: Shows have a unified style, rather than directorial voice. In working with Vallée during the first season, Kelley grew to trust and appreciate the distinct tone and visual style the director brought to his series, and entered the second season seeing it as the established look of the show.

When HBO and the show’s executive producers were unwilling to wait for Vallée, who had committed to “Sharp Objects,” to shoot season 2, the creative team behind the show collectively decided to hire Arnold, whose work they believed that Vallée and his Season 1 team could easily shape into the show’s distinctive style in post-production. Vallée, who advocated for Arnold, told IndieWire last May that he saw their directorial styles as being cut from the same cloth.

“We have similar ways of shooting, when you look at it,” said Vallée. “She shot handheld, available light. She aims for performances, like I [did] in Season 1. She is who she is, but the spirit of the other is there.”

That such a fundamental misunderstanding of the difference between Vallée and Arnold as visual storytellers was not understood by Vallée and the other executive producers has befuddled a number of observers, some even questioning if they had actually watched any of Arnold’s films like “American Honey” and “Fish Tank.”

In reality, the fiercely independent and singular Arnold was an unconventional choice to take over “Big Little Lies.” Arnold had success collaborating with TV creator Jill Soloway, directing episodes of “Transparent” and “I Love Dick,” because the visual style of those shows was, in part, inspired by the poetic realism of Arnold’s oeuvre. With “Big Little Lies,” Arnold’s ability to create emotional immediacy with her raw handheld work marked a departure from Vallée’s more ponderous floating camera emphasizing the gravity of the situation. 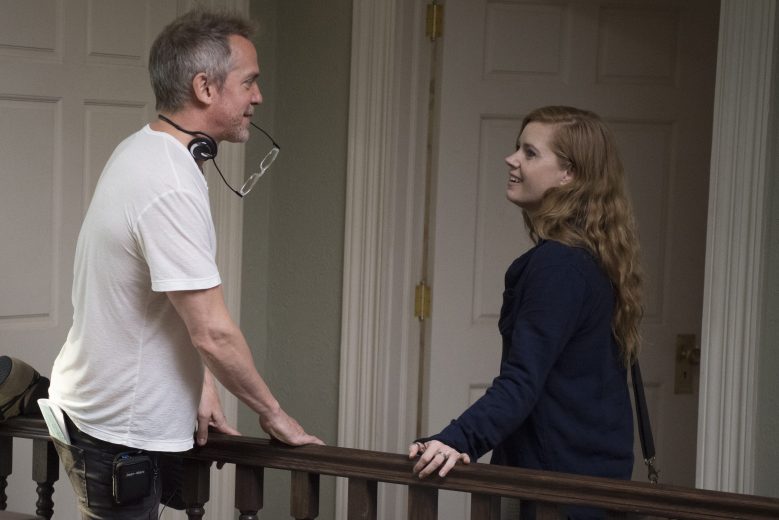 Yet even such a fundamental misjudgment doesn’t explain the lack of communication from the producers that followed. Not only was Arnold given free rein, it was never explained to her that the expectation was her footage would be shaped by Vallée into the show’s distinctive style. Sources close to production and Vallée tell IndieWire that there was no style bible laying out the visual rules of the show, common for TV series looking to maintain consistency between different filmmaking teams. And Arnold was allowed to hire her own creative team, including switching the show’s cinematographers by bringing over Jim Frohna who she had worked with on Soloway’s series.

Even more remarkable, Vallée and Arnold never spoke, nor was there ever a clear showrunner or creative producer who Arnold was answerable to on set. Star-EPs Reese Witherspoon and Nicole Kidman were said to have loved working with Arnold and trusted her intrinsically, while as showrunner Kelley made only a handful of set visits, each lasting approximately an hour.

While Kelley’s soapy scripts, featuring many scenes of two characters sitting across a table talking (which required his approval to alter), were not Arnold’s bread-and-butter, the director was free to shoot them as she saw fit. Sources describe dailies filled with Arnold’s trademark restless camera searching for grace notes – those gestures, movements and poetic frames of natural light that add another layer to what is not being said.

Yet if HBO, Kelley, Vallée or the other executive producers were concerned while screening dailies that the show had veered too far from the “Big Little Lies” style, they did little to interfere with Arnold’s shoot through the entirety of last year’s production. In fact, reports back to set were described as “glowing.” When the show wrapped in August 2018, each of the stars took to social media to praise Arnold, called their “fearless leader” by Kidman. HBO even acquiesced to Arnold’s desire to hire European editors and return home to London to cut the show there after a year in California. The director was still working under the impression she had creative control and expected to see the show through until it aired this summer.

It was as Arnold started to assemble scenes that Kelley and HBO started to see there was a problem. Before Arnold and her London editing team were able to even complete an official cut of an episode, Vallée, now finished with work on “Sharp Objects,” started to take over. Post-production shifted from London to Vallée’s home city of Montreal, where his own editorial team started cutting what is now airing on HBO. Soon after, 17 days of additional photography were scheduled.

When asked to explain the sudden move, HBO issued the following statement:

“There wouldn’t be a Season 2 of ‘Big Little Lies’ without Andrea Arnold. We at HBO and the producers are extremely proud of her work. As with any television project, the executive producers work collaboratively on the series and we think the final product speaks for itself.”

Before the February order of additional photography started, the Vallée-led direction the show was taking was obvious, but sources close to Arnold say she felt obligated to see it through to the end. While DGA rules required Arnold be the director on set, Vallée was now an extremely hands-on EP dictating not only what would be shot, but how it would be shot, oversight that Arnold never had during the initial shoot. The optics were not lost on many associated with “Big Little Lies”: A show dominated by some of the most powerful actresses in Hollywood hired a fiercely independent woman director – who was now being forced to watch from the director’s chair as scenes were shot in the style of her male predecessor. 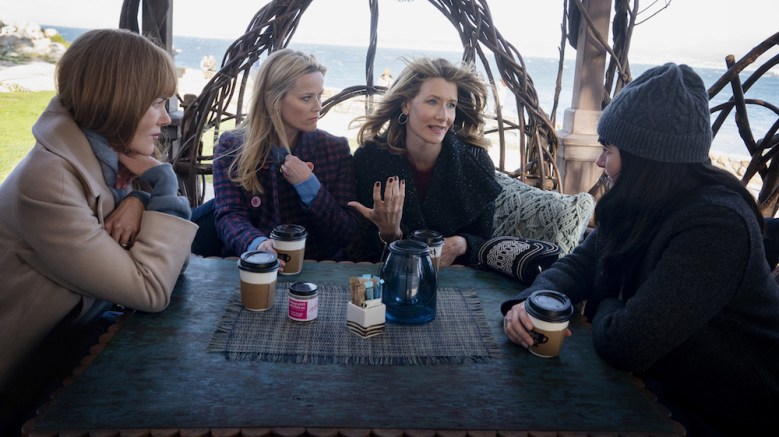 While there was a significant reworking of the show’s story through additional photography and an increased reliance on Season 1 flashbacks, a large part of what guided Vallée’s reconfiguration of the second season was removing Arnold’s signature contributions. Sixty-page scripts were slashed down to 40-plus minute episodes, sources say, largely by chopping up a scene to remove what one source described as Arnold’s character exploration and “ephemeral stuff.”

When elements of Arnold’s work do remain on-screen – especially in the first episode  – the scenes seem truncated, the editing especially choppy. As the season has progressed (episode 5 premiered last Sunday), the show has increasingly settled into the familiar S1 style and rhythm. Eleven editors are currently credited on the show.

According to sources close to Arnold – the director declined to speak to IndieWire – the filmmaker is heartbroken about the experience. While she wasn’t pursuing the personal storytelling of her films, Arnold worked tirelessly preparing to shoot Season 2, knowing that she was entering a corporate and collaborative environment where friction, or pulling on the reins during production, was a reasonable fear. But to have been allowed to shoot and start to edit her version of the show and then have it taken from her, without explanation or warning, was devastating.