Replicating the lifestyles of the rich means breaking the bank. 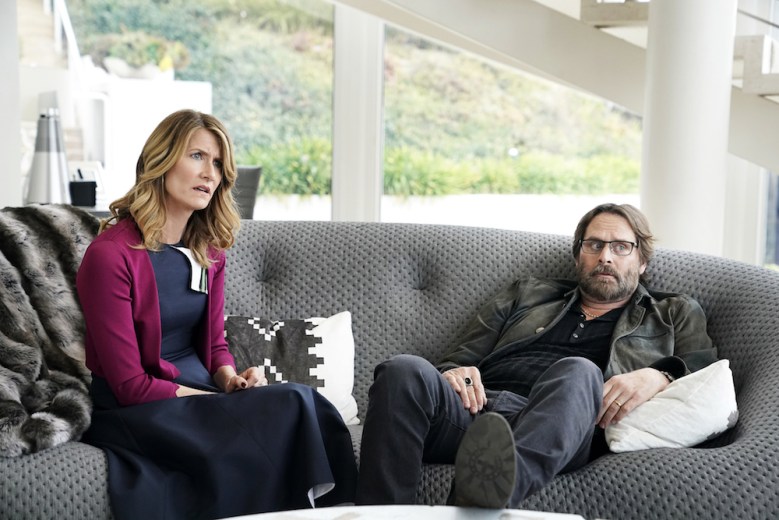 HBO’s drama series “Big Little Lies” is set in the affluent city of Monterey, California, and the production team apparently doesn’t hold back when it comes to replicating the lifestyles of the super rich. A brief scene in Season 2 featured Renata (Laura Dern) confronting her husband Gordon (Jeffrey Nordling) in the basement of their home. The room is Gordon’s man cave and features an elaborate model train set that production designer John Paino tells Vulture cost the production a sizable $30,000.

“The train was something added by David Kelley, because he wanted this guy to have a man cave,” Paino said. “When I was researching man caves, it made sense that he had a train and enjoyed collecting memorabilia. We wanted to have a really expensive train set in there to show his wealth. What would be something expensive he could lose?”

The train set, estimated at 12-feet long and 18-feet wide, was custom built by a small Burbank company called the Train Shack. Buying a cheaper train set and acting like it was expensive for the sake of the scene was not an option. If “Big Little Lies” is a show about wealth, then the train set was going to make that clear whether or not viewers could even tell when watching the brief scene. Paino drew a design for the layout of the train model and took it the Train Shack, which “specializes in setups for rich people.”

To personalize the train model, Paino took some inspiration from Gordon’s hometown of Buffalo, New York. “We wanted it to be based on some landmarks from the Buffalo area,” he said. “There’s actually a famed train depot in Buffalo, which used to be breathtaking but now is in ruins. We incorporated that building into the makeup of the tabletop. We did a lot of references to other Buffalo landmarks, too.”

The train model was featured in about one minute of the show’s second season, which goes to show you just how time and effort gets put in to make every detail of the set authentic to the show’s setting. In a humorous twist, it’s revealed in the penultimate episode that Gordon never paid off the $30,000 train set.

This Article is related to: Television and tagged Big Little Lies, HBO